Being the largest country in the world, it should come as no surprise that Russia has so much to offer. With Russia hosting the 2018 FIFA World Cup, tourism in the country is picking up, with many people curious about this fascinating region.

From big cities packed with history and culture to untouched areas of wilderness filled with natural beauty, here are some of the top places to visit in Russia this year.

St. Petersburg is known for being the cultural capital of Russia, making this the city to visit if you would like to learn more about the country’s history, heritage and traditions.

With over four million residents, this is a crowded and busy city, but is one that is always bursting with life.

Wondering what there is to see and do in St. Petersburg?

One of the most popular attractions is The Hermitage, a museum that features so much artwork that it would take you 11 years to examine every single exhibit. Of course, you likely do not have 11 years to spare, so spend your time checking out the masterpieces here, by artists such as Picasso, Rembrandt, and Leonardo da Vinci.

For even more history, the Peter and Paul Fortress is not to be missed, with this historic site having been built in 1703.

Want to tour some of the city’s extravagant cathedrals?

St. Isaac’s Cathedral is the one you shouldn’t miss, with its gold dome being iconic in the city’s skyline.

In addition to visiting all of the famous places in St. Petersburg, simply wandering the streets is so much fun. You will stumble upon everything from palaces to suburban parks, with a boat trip along the city’s canals rewarding you with an even greater taste of life in St. Petersburg. 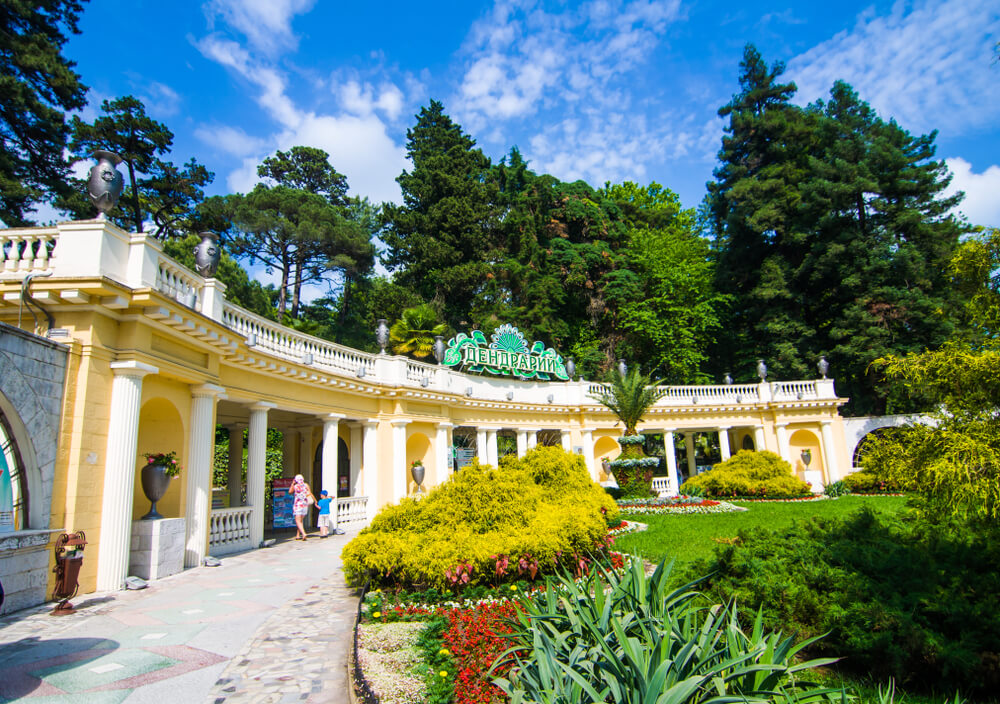 Many people equate Russia with icy cold temperatures, but don’t forget that Russia is the largest country on the planet, meaning that it is home to quite a few different climates.

Being one of the southernmost places in Russia, Sochi boasts a subtropical climate with warm seas, and can become quite busy in the summer months.

You have probably already heard of Sochi, as the city hosted the 2014 Olympic and Paralympic Games, and is also one of the cities hosting this year’s FIFA World Cup.

The city is stretched along the coast of the Black Sea, and is actually the second longest city in the world after Mexico City.

This is quite a unique city, for a few different reasons…

The first is that the air quality in Sochi is exceptional for a city.

Because the city is home to around 500,000 acres of forest, with 10,000 acres being located in the city center itself.

As you can imagine, all of this nature plays a central role in life in Sochi, with everything from its botanical gardens to its arboretum being top tourist attractions.

When it comes to healthy living, Sochi residents are passionate about this, with daily walks being a ritual for many. Thanks to this, there are many pedestrian byways dotted around the city, all of which make Sochi easy to explore by foot.

Petropavlovsk is still considered to be quite the hidden gem in Russia, but this city is slowly attracting more and more tourists.

You may be thinking…

I’ve never heard of Petropavlovsk, why would I want to visit it?

Because of its unique scenery, for starters. This city boasts a magnificent backdrop of surrounding mountains, giving you gorgeous views from just about everywhere.

Thanks to the increase in tourism, there are now many boating excursions available, as well as organized trips to nearby attractions, giving you the opportunity to really explore this relatively unseen part of the country.

For those who enjoy dramatic natural beauty, make sure you visit some of the nearby volcanoes, such as Uzon Volcano and the Tri Brata Volcano, as well as its nature reserve. To learn even more about volcanoes, spend a few hours at Vulkanarium, a museum dedicated to these natural wonders. 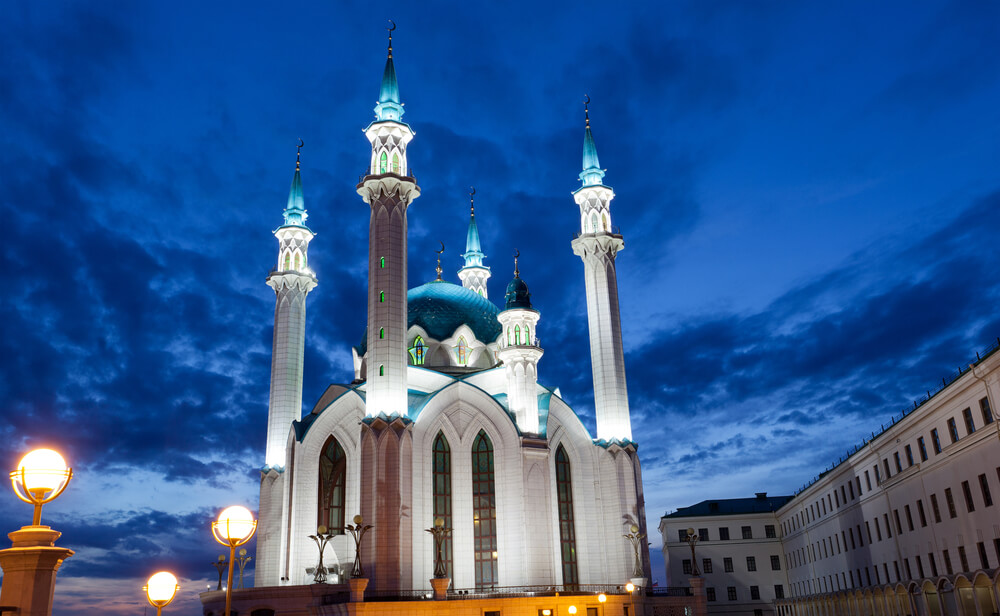 The name Kazan means “cooking pot” in Tatar, and this name is fitting seeing how this spot is where Europe and Asia seem to meet each other.

This is another extremely unique city, and, being over 10,00 years old, is one of the oldest in the countries, featuring a melting pot of cultures, ethnicities and religions living happily together as one.

There are several interesting things to see and do in Kazan, such as:

Another one of Kazan’s highlights is its culinary scene…

The local cuisine in Kazan tells so many stories of the city’s history, and many dishes can be found nowhere else in Russia.

Not sure what to try?

Give some of these foods a taste:

Founded in 1925, the Stolby Nature Reserve is one of the oldest natural reserves in Russia, as well as one of the most famous in the world.

What makes it so unique?

The fact that it is home to magnificent volcanic rock pillars, known as stolby, that appeared on the surface of the plant about 400,000 years ago, for reasons that are still unknown.

Climbing to the tops of these pillars is a popular activity here, but there are also many new paths and steps that have been created, making it easy for even the less active to access the viewpoints up at the top. There is even a chairlift to take you up one of the most impressive rock pillars, and this is open throughout the year.

Wondering where you would stay if you visited the Stolby Nature Reserve?

Well, while the nature reserve may be a pocket of natural paradise, it is actually located just a 20 minute drive from the center of Krasnoyarsk.

This large city is home to several of its own attractions, as well as plenty of luxury hotels, including: 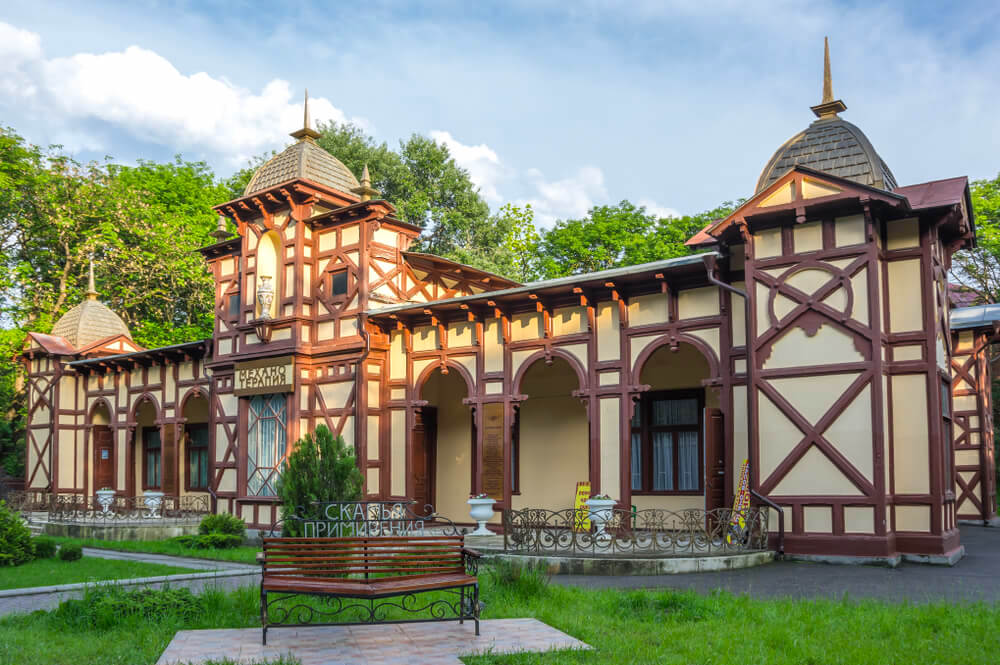 If you have ever been into a Russian grocery store, you will have likely noticed the name Yessentuki splashed across bottles of water.

Because this resort town has given its name to a brand of salty mineral water, as it is famous for its mineral springs, as well as for its hot springs.

Thanks to these natural features, Yessentuki has been popular with those seeking a health-conscious getaway since the early 19th century, and continues to promote this reputation.

This is the place to go if you are wanting some rest and relaxation, with several stunning spas to choose from. The largest is the Essentuki Therapeutic Mud Baths, which not only boasts spectacular architecture, but also over 100 years of history behind the treatments that are on offer.

Not only does the spa use natural mineral waters, but they also use mud from Lake Tambukan, offering up treatments that can help with everything from skin diseases to diabetes to the peripheral nervous system.

Have you ever seen a stretch of pure wilderness that has literally been untouched by civilization?

It is likely that your answer is no, but this could change if you paid a visit to the Altai Mountains.

Thanks to the absence of both air and rail connections, the Altai Mountains are one of the least-visited regions on the planet, making this the place to go if you enjoy travelling off the beaten track.

Of course, you will need to travel quite some way into the mountains in order to really get away from civilization, but the effort really is worth it.

You will probably meet quite a few of the local Asiatic Altai people here, and if you are interested in culture, the locals are usually always happy to share their traditions.

The Katun River is known for being one of the best rafting spots in Russia, while horseback riding is a popular way to get around and explore the mountains. Sailing and fishing are also popular, as is visiting the local spas, where you will find one-of-a-kind saunas built into large cedar barrels. 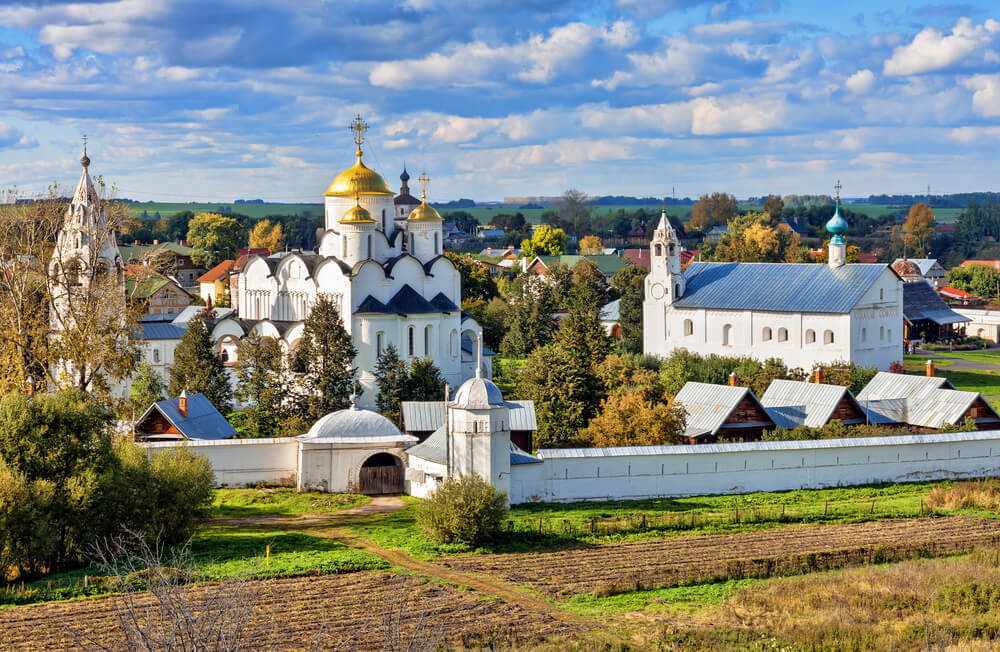 Suzdal is a historic small town that is a part of Russia’s Golden Ring.

Never heard of the Golden Ring before?

It refers to a ring of ancient towns and cities, encompassing those such as Suzdal, Rostov, and Sergiyev Posad.

Many would argue that Suzdal is the main historic town in the Golden Ring, which is why this town tends to be the most visited out of all of them.

Although Suzdal may be a small town, there is so much to do here, such as:

There is one more thing that Suzdal is famous for…

This is known as medovukha, which is a Russian cider that has been made from honey. This is a famous drink that everyone visiting Suzdal should try, but make sure that you do not purchase any off the streets, as counterfeits are common.

For those who want to experience Russia’s great outdoors, Lake Baikal is the place to go.

So, what is there to actually do here?

Well, let’s begin with the lake itself…

The waters have long since been believed to have healing properties, and there are many shallow, and relatively warm, spots around the lake that are perfect for a swim.

Other than that, here are a few other popular activities that you can do at Lake Baikal:

One other thing that Lake Baikal is famous for is Baikal Omul, a local fish dish. This will be an easy one to find, as its popularity means that it is sold in just about every coastal town and tourist spot, although the flavors will vary slightly at each different place you eat it at.

Russia is such a vast country, with every part of it offering such a different experience. As you can see from the places listed above, every town and city in Russia has something unique about it, and this is exactly what makes the country such a magical one to explore. From subtropical gardens and healing lakes to rafting along a mountain river and ice fishing, you never know what you will find when travelling around Russia.