The Beauty of Russia’s National Parks

Being the largest nation in the world, Russia’s landscape is incredibly diverse, covering everything from warm sandy beaches to frozen tundras to dense forests. With 48 national parks scattered throughout the country, a visit to at least a couple of these is a must if you want to experience the finest of Russia’s natural beauty.

Stolby National Nature Reserve
One of the most popular national parks in Russia, the Stolby National Nature Reserve is located in Krasnoyarsk, with the park situated just 30 minutes away from the city. In English, the Russian word Stolb means Pillar, and the region’s impressive rock formations are how the park acquired its name. These sheer and wild cliffs gave birth to the sport of Stolbizm, which, in a way, is a form of amateur free climbing, and is the primary reason that people flock to the park.

Mariy Chodra National Park, Mari El Republic
The Mariy Chodra National Park was established in 1985, with the primary goal of protecting some of the rare plants that grow within its boundaries. Today, the park is home to over 115 rare plants, and many believe that there are still more waiting to be discovered. There are 14 different tourist centers and routes that run through the park, from the Yushut River, which is popular for rafting, to Lake Yalchik, each offering up quite the unique experience. 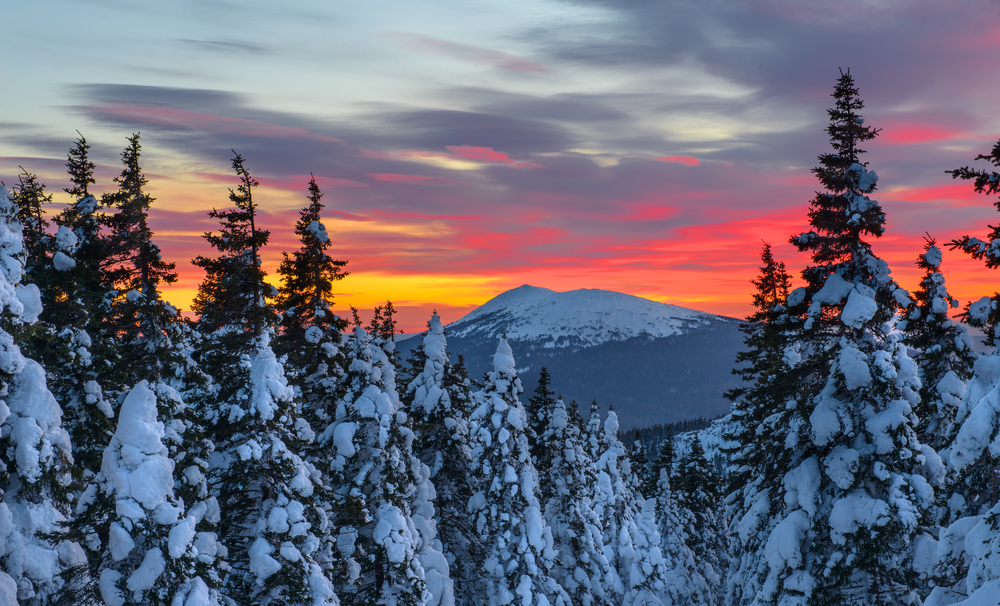 Taganay National Park, Zlatoust
Established in 1991, the Taganay National Park can be found in the dramatic Ural Mountains, and consists of a narrow 52 km strip that is home to a number of different landscapes. From mountain ridges to icy tundras to meadows filled with colorful wildflowers, the park was created in order to preserve this beautiful diversity, and it is the ideal destination for both an intense mountain hike, as well as a short, leisurely stroll.

Alkhanay National Park
The Buryats people are the largest indigenous group in Siberia, and Mt. Alkhanai has long since been considered to be extremely sacred by not only them, but also the Mongols, shamanistic people and the Buddhists, with the Dalai Lama himself having made two unofficial visits to the area. A large number of visitors to the park are pilgrims, hoping to make the mountainous journey to take in some of the park’s specific sacred landmarks, such as the mineral springs and rock formations. Many of the paths also contain special platforms that have been designated for religious use, while those interested in history will be captivated by the 16 cultic sites scattered throughout the park, each one from various groups that were around long before Buddhism was even established.

Russia’s 48 national parks cover a total area of just over 60,000 square miles, and, with many of the landscapes constantly changing, it would be virtually impossible to thoroughly explore each and every one. Whether you opt for the sacred spirituality of the Alkhanay National Park, or the towering rock formations of the Stolby National Nature Reserve, these national parks will all provide you with a one-of-a-kind insight into Russia’s awe-inspiring wilderness.