How Father’s Day is Celebrated Around the World

Looking for a fun way to celebrate Father’s Day this year?

Take a look at the many ways in which Father’s Day is celebrated around the world – you are likely to find plenty of inspiration!

Celebrated on the second Sunday in November, Father’s Day in Finland is recognized as an official flag day.

What does this mean?

Well, there are 12 specific dates in the year when public buildings are required to fly the Finnish flag. Other than these days, both the Finnish flag as well as corporate flags are not flown.

As you can imagine, this marks Father’s Day as being quite the special occasion in Finland.

Usually gift and card-giving, and these are typically home-made rather than bought.

Many restaurants around Finland also serve up extravagant Nordic buffets on Father’s Day, with a focus on local produce.

Hotels also have Father’s Day offers, making it convenient for those who want to treat their dad to a weekend away, or even a staycation.

In Spain, Father’s Day is celebrated on the 19th of March, which is also Saint Joseph’s Day.

While this used to be a public holiday throughout the country, it is now only recognized as an official holiday in certain regions, including:

What do they do in Spain for Father’s Day?

This depends on where about in Spain you are…

For the majority of the country, this is a day for Spaniards to honor and respect their fathers. Families will usually make a special effort to gather together for a meal, and will also present their father with gifts and cards.

However, in Valencia, the celebrations are a little different…

Las Fallas is a celebration that takes place in this region, with this festival being dedicated to Saint Joseph. In 2016, UNESCO recognized this festival as being an Intangible Cultural Heritage, and these celebrations usually last for several days. 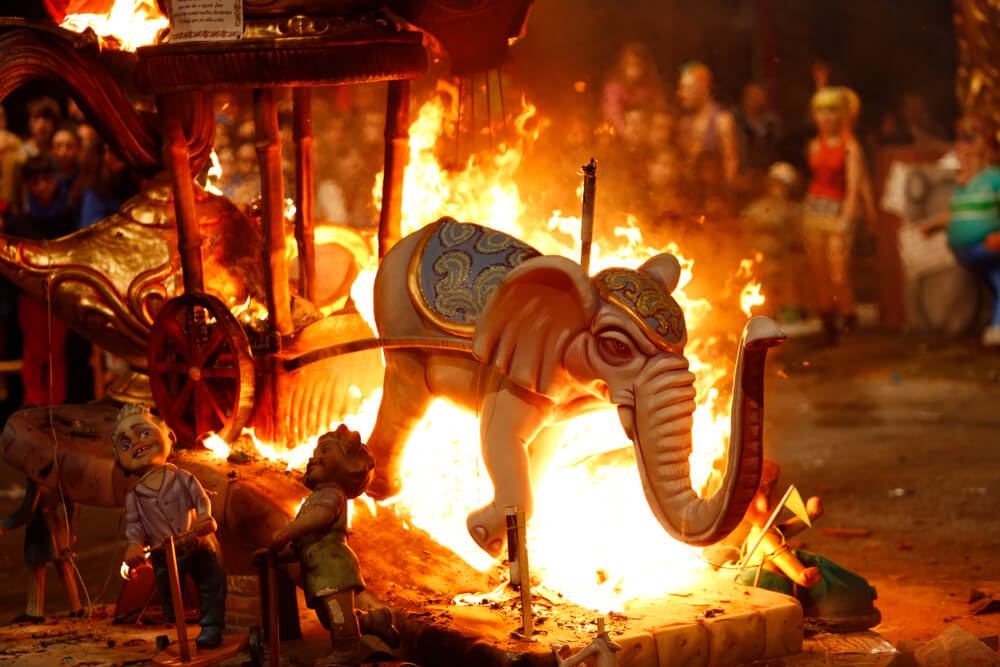 While this may be the case, the culmination of this festival takes place on the 19th of March, which is Father’s Day. For the duration of the festival, people usually create special monuments, and these are then burned on the 19th in a spectacular show.

Father’s Day in Japan is known as Chichi no hi, with chichi being the word for father. It is celebrated on the third Sunday in June, and although it may not be a public holiday, the Japanese still mark this date as a special occasion.

What do they do for Father’s Day in Japan?

Children usually present their father’s with gifts, and these are usually home-made. They range from origami to home-made beer glasses. Different foods are also gifted, with high-end Wagyu beef being especially popular.

Of course, a Father’s Day feast is also often held by each family. This usually consists of a wide variety of seafood dishes, along with other Japanese delicacies.

Known as Dia del Padre, Father’s Day in Mexico is not only a day for people to honor their fathers, but also to celebrate the other male role models in their life, whether this may be brothers, grandfathers, or anyone else.

How do they honor these men?

You might not speak the language, but you probably recognize the 21K in there…

Yes, that’s right, every Father’s Day in Mexico, which is celebrated on the third Sunday in June, fathers and their children run 21 kilometers through Mexico City.

Family is big in Mexican culture, making Father’s Day an important celebration. The 21K run is a great way to encourage bonding between a father and his children, while ensuring that people are spending time outdoors in the fresh air.

After all of that running, people tend to work up an appetite, which is why a big feast is also involved in Father’s Day. The preparations for this usually begin in the morning, with the dishes chosen being the favorites of each family’s father. Plenty of traditional Mexican desserts are cooked up too, including the iconic pan dulce.

The dates for Father’s Day and Mother’s Day in Thailand were picked based on the birthdays of Thai royalty.

Although King Bhumibol died in 2016, leaving his son to take the throne, Thailand still seems to be celebrating their Father’s Day on the 5th of December.

Father’s Day in Thailand only really became popular in the 1980’s.

Because this was when the prime minister launched a campaign to promote the Thai royal family.

How exactly do they celebrate Father’s Day in Thailand?

It traditionally involved presenting your father with a canna flower, since this is believed to be quite a masculine flower. 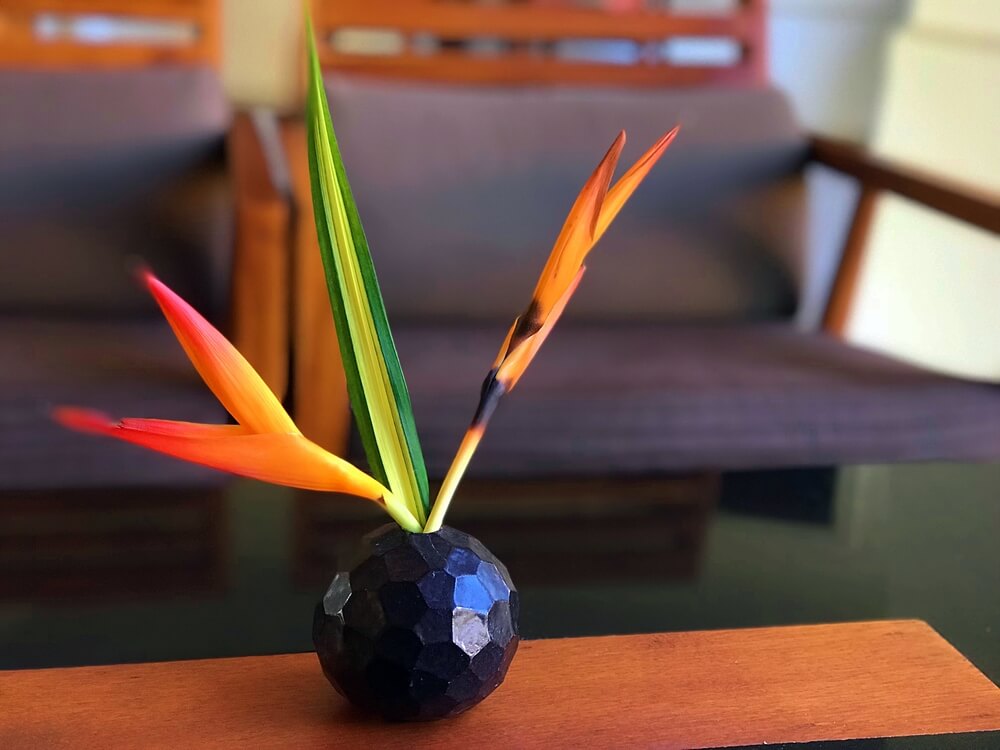 However, this is becoming more uncommon today. Instead, items that are more modern in nature tend to be gifted on Father’s Day.

However, that’s not all…

With Father’s Day also being a celebration of the late king, a public speech is usually held. This is then followed by a national ceremony in which the locals light candles to commemorate the king.

Where is this ceremony held?

At pretty much every city, town and village in Thailand. Even if you live overseas, you are likely to find a version of this at your nearest Thai organization.

When it comes to German celebrations involving alcohol, many people would think that Oktoberfest is the country’s biggest event.

However, Father’s Day, which is also referred to as Men’s Day, or Mannertag, is pretty similar…

Father’s Day in Germany is held on Ascension Day, which is the first Thursday forty days after Easter. This means that Father’s Day is a public holiday, enabling the locals to really get wild.

How do they celebrate Father’s Day in Germany?

Groups of males, both young and old (but not including children), get together for a day of hiking. They bring at least one small wagon, known as a Bollerwagen, with them.

What do they put in the wagon?

Alcohol, of course! The wagons are filled with either wine or beer, along with local dishes, with this varying depending on the different regions in Germany. This tradition dates back to the older Ascension Day celebrations, when men would be carried in a wooden cart to the plaza, before the man with the most children would be awarded with a prize.

Although the religious element to the day has pretty much been lost, the essence of the celebrations remain the same.

In Australia, Father’s Day is celebrated on the first Sunday in September.

Because this is the first Sunday of spring down under, although the day has not yet been declared a public holiday.

Pretty much the same thing as the celebrations in the USA, meaning cards, gifts and a special meal. Many of these gifts are usually hand-made, especially by young children.

However, there is one thing that sets Father’s Day in Australia apart…

Wondering how the winner is chosen each year?

All of the nominees must meet the following criteria:

Instead, on the 23rd of February, Russia celebrates Defender of the Fatherland Day, which is also referred to as Man’s Day.

The celebrations first began in 1919, as a way to mark the formation of the Red Army, which took place the year before in 1918. It was originally known as Red Army Day, but was given its new name in 2002 by President Putin, and also declared a public holiday.

What do the celebrations for Defender of the Fatherland Day involve?

Well, since this was primarily a military holiday, military achievements are celebrated, as are Russian soldiers. This takes place in the form of ceremonies and parades through the country, along with military-related television shows and movies being aired on the day. Festivals are also becoming increasingly common, complete with music, dancing and plenty of games. 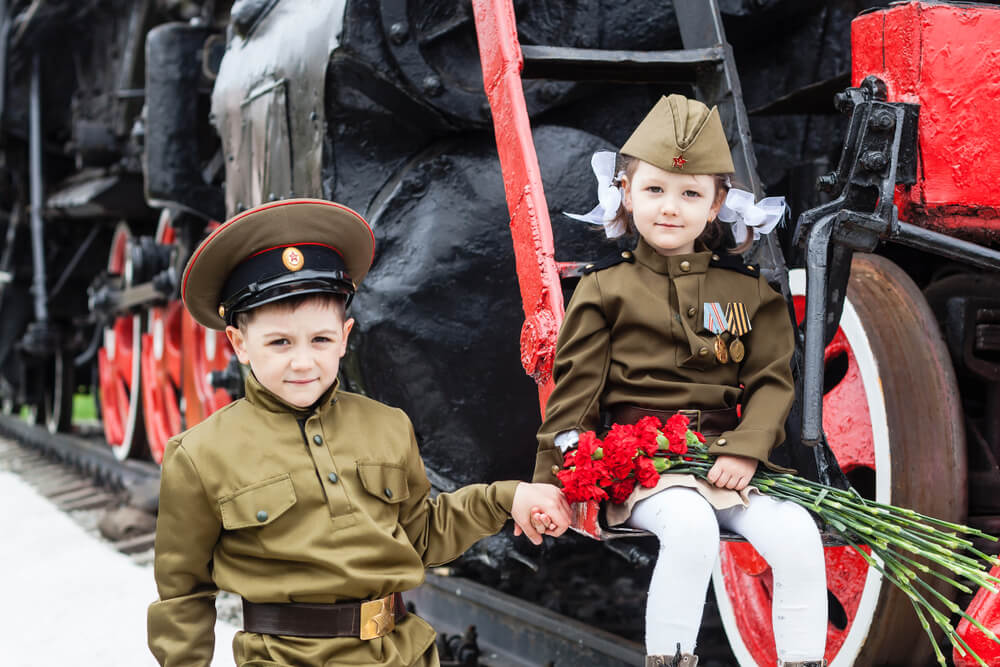 While the military may be the main focus of the public celebrations, the private celebrations are a little different…

This is when people honor the important men in their lives, usually with cards and gifts. Both children as well as older women celebrate the men that have made an impact in their lives.

Just like in other countries, a special meal is often cooked up for Defender of the Fatherland Day. Dining out at a restaurant is actually quite uncommon on this day, which is why the private celebrations are usually held at home.

Although Father’s Day in France is celebrated in a similar way to countries all around the world, meaning cards and gifts, the origin of this day is quite interesting…

It all began in 1949, when the director of Flaminaire, a lighter company, wanted to increase sales in France. They launched a campaign in 1950, inspired by the American Father’s Day which is held on the third Sunday in June.

Wondering what the campaign was?

The slogan that was used at the time translates to:

Our fathers told us, for Father’s Day, they all want a Flaminaire.

The campaign was quite a successful one, leading to Father’s Day being celebrated throughout France. Not long later, in 1952, France declared Father’s Day as an official holiday.

The country then set up a national Father’s Day committee, which handed out prizes to deserving fathers in each town.

Known locally as Gorkana Aunsi, Father’s Day in Nepal is based on the lunar calendar, and is marked by the appearance of the new moon. This means that it is usually celebrated on a date between the end of August and early September.

What do the celebrations involve?

If a person’s father is no longer around, they will most likely head to the temple as a way to pay respect to their deceased parent. There are specific temples that people go to for this, depending on their religion.

While gifts, cards and special meals are also enjoyed on Father’s Day in Nepal, there is another tradition that is carried out…

Celebrated on the third Sunday of June, Father’s Day in South Africa has become quite a popular occasion, although the day is not a public holiday.

There are several public celebrations for Father’s Day, and these are hosted by the various cultural and social organizations around the country. These aim to celebrate how fathers nurture their children and contribute to creating a stronger community and society.

Of course, cards and gifts are also given from children to fathers on this day.

Since Father’s Day falls on a Sunday, this is the perfect opportunity for a family bonding session too. This usually consists of a day of fishing, with the families eating whatever they have caught later that day. If fishing is not an option for some families, they will usually replace this activity with an outdoor picnic.

Although Father’s Day is celebrated on different dates and in different ways all over the world, the essence of this day remains the same. Father’s Day is a time for honoring all that your father has done for you, making this a day that should definitely never go un-celebrated.