The Most Stunning Architecture in the World

Architecture has been a part of human life ever since man first realized that he would need a shelter. Since then, architecture has come on leaps and bounds, with some truly extraordinary examples to be found around the world that really push design boundaries.

Welcoming over 5000 visitors each and every day, the restored Alhambra complex is one of the most popular attractions in Spain.

Wondering what it is?

The Alhambra is a palace that was built by Muslim princes in the 14th century. The Islamic elements within the structure are clearly visible, from the Arabic calligraphy to the geometric stalacite designs that have been carved into the walls.

While several parts of the palace have been destroyed, there are three main parts remaining: 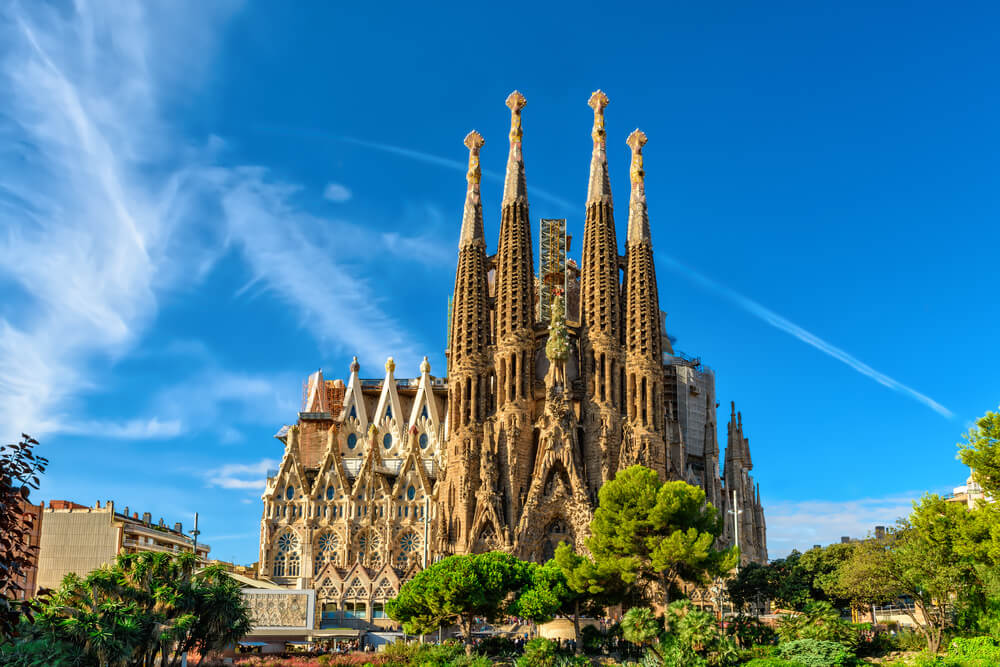 Spanish architect Antoni Gaudi is world-famous, having created some truly visionary structures in his lifetime. One of his finest pieces of work is the Sagrada Familia, in Barcelona.

Gaudi spent an impressive 40 years working on this Gothic-Art Nouveau cathedral, and when he died in 1926, it was still unfinished.

However, all was not lost…

Even though the original drawings for the cathedral were destroyed during the Spanish Civil War, Gaudi’s associates continued to work on this architectural wonder, and are still doing so today.

When is the cathedral expected to be finally finished?

It could be as long as 2026, but visitors are still able to take a look at what is currently there.

Sitting on its very own private island, the Burj Al Arab is the third tallest hotel in the world, with its billowing sail rising 321 metres above sea level.

The hotel was designed to be a national icon, and this aim has most definitely been accomplished, with the Burj Al Arab being one of the most popular attractions in the UAE.

Of course, the best way to experience its architectural splendor, from both inside and out, is to stay at the hotel. However, if you cannot do this, you can still gain access to the private island, and the hotel, by booking yourself a meal at one of its nine luxury restaurants. 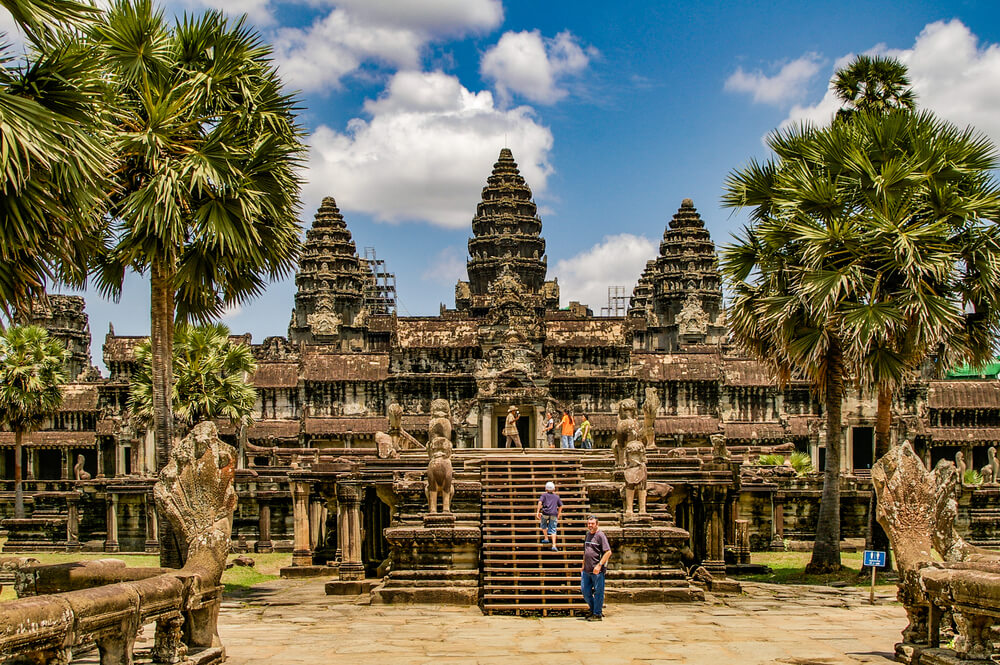 The largest religious monument in the world, Angkor Wat in Cambodia was originally built in the 12th century, and was designed to be a state temple, and then the mausoleum, for Khmer King Suryavarman.

This fine example of Khmer architecture has become a national symbol, and is even featured on Cambodia’s flag.

Its history is definitely an interesting one…

In its earlier days, the temple was a Hindu one, but after these traditions were abandoned, the temple became dedicated to Vishnu, a Buddhist deity.

Cologne Cathedral is the most visited landmark in Germany, and for good reason too…

This Gothic masterpiece is not only home to some truly historic works of art, but also contains the tombs of 12 archbishops.

While there have been a few more bouts of construction, as well as restoration, these have all followed the building’s original medieval plan, allowing it all to stay true to the essence of the cathedral.

Also known as the Bird’s Nest, the Beijing National Stadium is one of the largest steel structures in the world, and took five years to build.

In order to choose an architect for the project, an international competition was held, with the winning entry being one that was inspired by Chinese ceramics.

Does the stadium look familiar?

This is because this was where the 2008 Olympic Games were held, with the design of the stadium earning so much international praise.

Since then, the city has had quite a tough time incorporating the stadium into everyday life, but, nevertheless, they have still managed to really raise worldwide standards when it comes to sports stadiums.

The design of the building is one that beautifully replicates the water around it, with its sweeping stainless steel tiles almost forming a wave over the water.

From above, the Blue Planet looks just like a whirlpool, while the interior features a central hub from which all of the exhibitions sprawl out from.

The California Academy of Sciences building has quite a unique structure…

Although it may look quite normal from the ground, view it from a higher vantage point and you will see some excitingly thoughtful details, from the expansive green roof to the curtains made of glass.

The interior of the building is just as impressive.

In addition to being visually stunning, this is a building whose architecture is also functional in a number of ways:

Gardens By The Bay, Singapore

Singapore has always prided itself on being a green city, and Gardens by the Bay is one of the country’s latest examples of this.

What exactly is it?

Simply put, it’s a garden. In fact, one of the top ten gardens in the world.

But it stands out for a number of architectural reasons…

The garden is split into three main sections, Central, East and West. You will also find two conservatories here, known as the Cloud Forest and the Flower Dome, as well as an adventure trail and a children’s tree house. 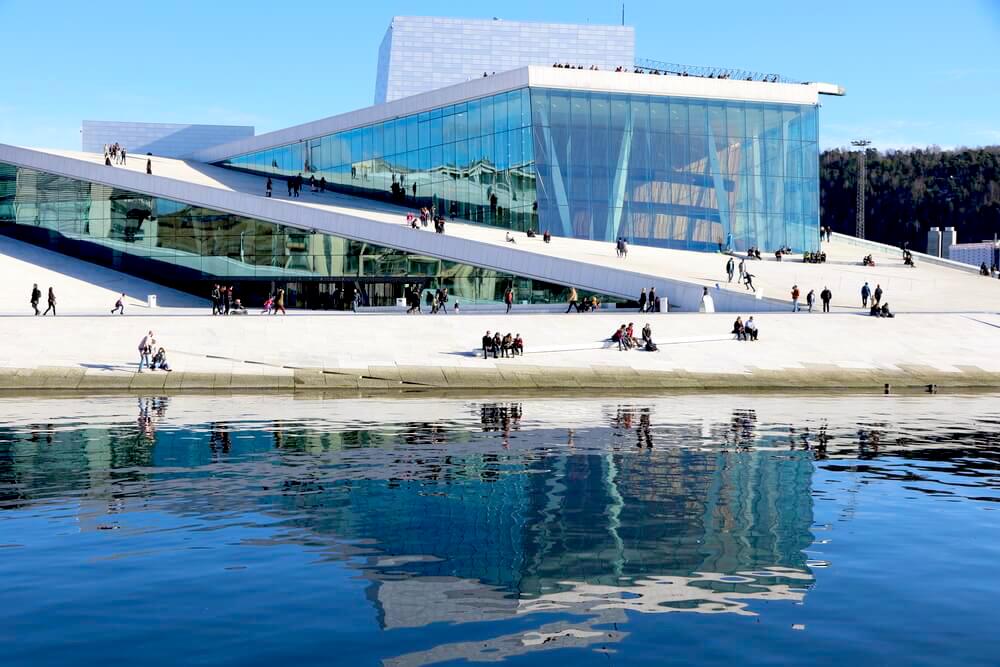 Rather than standing tall and dominating over the harbor, the Oslo Opera House slopes gently down to the water’s edge, making it look almost like a rising glacier.

The design of the building aimed to reflect Norwegian nature, such as the mountains that simply begged to be climbed. In order to properly replicate this, the sloping roof of the building, which is covered in marble, is used as a public space.

Of course, the architects quickly realized that the gentle slope would be a temptation that skateboarders would find too hard to resist, so rather than trying to find ways to keep them away, they decided to work with local skateboarders. While they placed bumpy marble over key parts of the rooftop, they left many smooth surfaces elsewhere for skateboarders to enjoy.

Also known as the Shard of Glass, the Shard stands 1014 feet high, towering over the city of London. The tallest building in the European Union, the Shard is shaped like a pyramid, and contains 72 storeys that are used for residences.

The architect in charge of the project wanted the building to look as though a shard of glass was emerging from the River Thames, and this has most certainly been accomplished.

Want to pay a visit to the Shard?

Head up to the 72nd floor, where you will find an open air observatory, which is actually the highest one in London.

The Tokyo Sky Tree stands at 634 meters high, making it the tallest tower in the world, as well as the second tallest structure.

Completed in 2012, the building really stands out for the way in which it has managed to combine traditional Japanese elements with futuristic ideas.

The tower mainly serves as a television broadcasting tower, but also contains some restaurants, as well as high speed elevators that whisk visitors up to the top of the building, so they can check out Tokyo’s skyline from the tower’s observation deck.

An iconic part of the city of Kuala Lumpur, the Petronas Towers are twin skyscrapers that are famous for being the tallest twin towers in the world.

The towers were designed in a postmodern style, and while they mainly contain offices, they are also amongst the city’s top tourist attractions.

The towers stand at 451 meters high, with glass and steel facades that were designed to reflect Islamic art.

The sheer height of the Petronas Towers has inspired many, such as a French urban climber who decided to climb to the top of Tower Two in 2009, with just his hands and feet, and no safety devices.

The Leaning Tower of Pisa, Italy 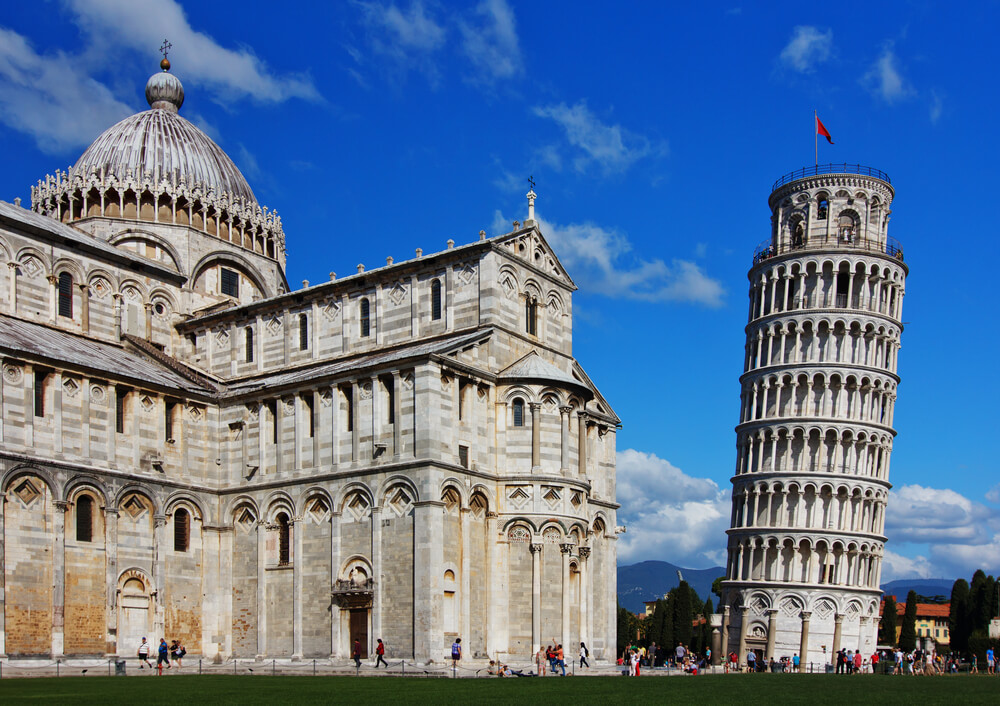 The Leaning Tower of Pisa is world-famous, and is one of the most impressive structures that remains from medieval Europe.

Many people wonder why the tower leans, and here is the answer…

This UNESCO World Heritage Site was originally designed to stand straight and vertical, just like the other structures around it. However, it was built on soft ground, and this settled at a point during construction, causing the tower to lean quite significantly. This was worked on for many years, and while the tower was straightened to some extent, it still has a noticeable lean to it.

While construction of the Leaning Tower of Pisa began in 1173, there were a number of wars that took place in the area in subsequent years, meaning that the tower was only completed 200 years later.

However, it was this lengthy gap in construction that many experts believe enabled the foundations of the tower to properly settle, which is what has saved it from collapsing.

The most-visited tourist attraction in the city of Moscow, Saint Basil’s Cathedral almost looks like something out of Disneyland.

However, this magnificent piece of architecture was created long before…

Built between 1554 and 1560, Saint Basil’s Cathedral is shaped to resemble the flame of a bonfire rising up into the sky, and features wonderfully garish colors. With its sharp spikes, onion domes and polygonal towers, this building is unlike anything else that you will see in Russia.

It is located just outside the gates of the Kremlin, in a spot that marks the city’s geometric center. While little is known about the original architect, his incredible creation now serves as one of the city’s museums.

The Therme Vals in Vals, Switzerland, was completed in 1996 by an award-winning architect.

Wondering what is contained within this timeless, elegant structure?

A bathhouse, which lies over the only thermal springs in the region.

The building itself consists of over 6000 slabs of local stone, which have been layered over each other, while the grassy roof features a few strategically placed sky lights that allow a soft glow to flood the baths. 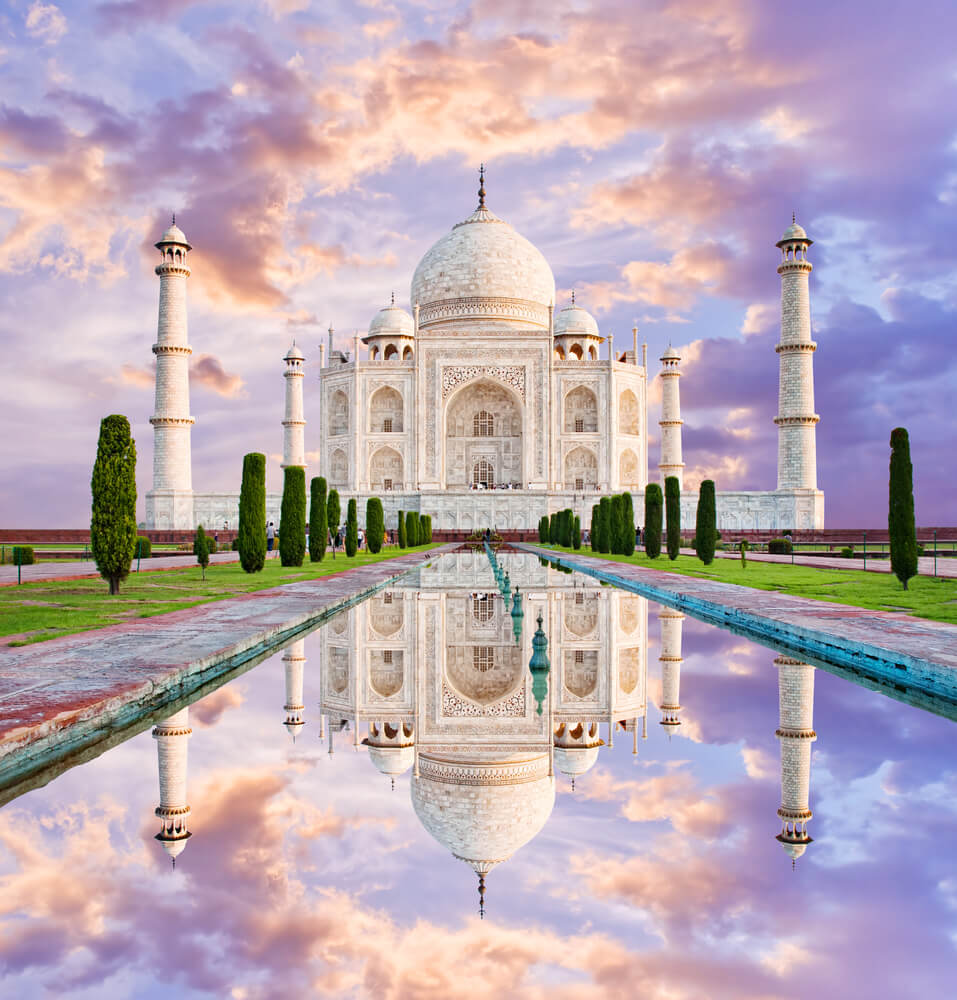 In 1631, the favorite wife of Mughal emperor Shah Jahan died while giving birth, leaving her husband devastated. In honor of his beloved wife, the emperor commissioned the creation of the Taj Mahal, which is now probably the most famous piece of Islamic architecture in the world.

What makes it so incredible?

Firstly, its sheer size, with the main dome itself standing 240 feet above ground level.

Its design elements are also highly revered, as they combine Indian, Islamic and Persian details. The building is decorated with calligraphy and semiprecious stones, and almost seems to change color with the time of day.