OROGOLD Examines the Most Exclusive Hotels in the World – OROGOLD Reviews

Every destination that you visit has its own secrets, unique delights and exciting list of luxuries. Each travel destination is also defined by its luxurious hotels and resorts. Some popular tourist destinations of the world are famous for hosting the most exclusive hotels in the world. Stepping into any of these hotels, resorts and palaces is likely to redefine the meaning of the word “luxury” for you. OROGOLD reviews some of the most exclusive hotels in the world in this article.

The Emirates Palace might have cost about $3 billion, but that price made it emerge as one of the most exclusive properties in the world. This majestic hotel offers its guests with 394 beautifully designed rooms and suites, an exciting collection of fountains and swimming pools, a delightful spa, 40 conference rooms, 1000 crystal chandeliers and marble from 13 different countries. The Emirates Palace is believed to resemble a mini pleasure fortress and it allows you to step into the shoes of royalty and learn how they once used to live their lives. The lavish and luxurious surroundings of the palace are rich enough to befit Sultans and the modern day amenities are more than likely to please the tech savvy modern day crowd as well.

The Le Dune Forte Village Resort might have an exorbitant average nightly rate exceeding $2500 per night, but it also offers you with some of the best surroundings in the world. The resort enjoys one of the most stunning locations in Italy and it is an ideal option for those looking for a unique sense of charm and a high profile surrounding.

The Mardan Palace Hotel in Turkey was constructed in the year 2009 by Telman Ismailov, a Russian Billionaire. The Mardan Palace Hotel boasts of having the largest swimming pool in the Mediterranean that is spacious enough to fit as many as 1000 guests at a time. The hotel is also famous for its breathtaking interiors, Italian marble, sinful suites, 17 bars, 10 restaurants and cafes, a sunken aquarium  and a luxurious spa. One of the most unique features of the hotel is that almost 9000 tons of white sand were flown in from Egypt during its construction to design the exotic beach.

The Langham Hotel is believed to be one of the most prestigious hotels in the world. This 150 year hotel gained popularity as the first Grand hotel of the world and a $120 million renovation has all but ensured that the hotel hasn’t lost out on its old world charm even today. One of the best features in the hotel is its splendid indoor pool that is actually located in a former vault. The Artesian Bar and the Roux at The Landau are known to be the best spots in the hotel for drinks and food.

The Westin Excelsior was constructed in the year 1906 and it has always been ranked among the most exclusive hotels in the world. Although the rooms of the hotel are affordable, its signature delight is the iconic Villa La Cupola Suite, a super-luxurious suite that just underwent a $7 million renovation. This suite encompasses two entire floors of the Westin, thereby making it the largest suite of Italy. Other features of the suite include a formal dining room, high tech gadgets, a Jacuzzi, sauna, private fitness rooms, cathedral styled domes with beautiful hand frescoes and a steam bath.

The Peninsula Hotel has been designed to resemble a humongous Japanese lantern. This 24-storied hotel has been constructed using Namibian granite and it perfectly fuses modern day luxury with traditional Japanese hospitality and charm. The two-story lobby at the hotel along with its wooden lattices and ivory walls are a treat for your eyes and the 1300 bulb concave chandelier is a must see at the hotel. 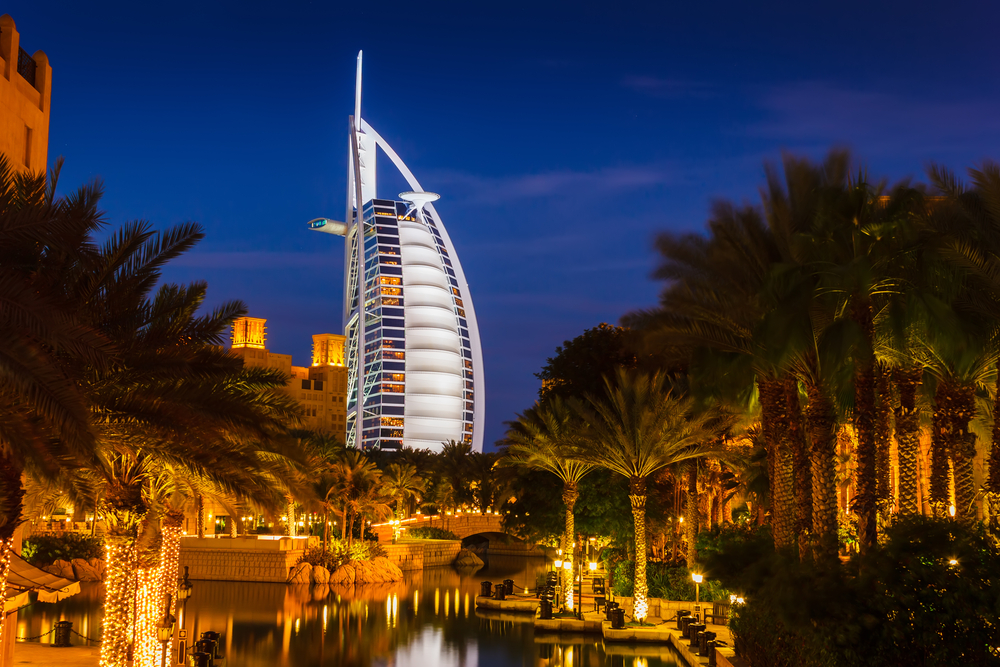 The Burj Al Arab Hotel resembles a billowing sail and features stunning architecture. It is famous as the most photographed hotel in the world and is known for its super luxurious rooms and suites, incredible views and state-of-the-art wonders. Other amenities at the Burj Al Arab Hotel include tennis courts, multiple nightlife options, an array of dining venues, in-suite check-ins, chauffeur driven Rolls Royce, 24×7 butlers, etc.

The Palms Las Vegas is the place to be for all your bachelor/ bachelorette parties. It is the ideal way to indulge in Sin City and it is particularly famous for its rooftop suites such as the Hugh Hefner Sky Villa. The suite can accommodate up to 350 people and is an ideal place for get-togethers. It features a humongous rooftop Jacuzzi, a private glass elevator, a media room, full bar, gym, rotating bed and sauna.

The Boulders Arizona is a super popular golf and spa resort that boasts of a swanky décor and a breathtaking atmosphere. After all, a resort doesn’t have to do much if it convinces 12 million year old rock formations to act as its decor. The property encompasses 1300 acres in the Sonoran Desert and it is particularly famous for its two world class golf courses. The fact that the hotel cannot disclose the names of its VIP guests until they’re no longer alive says all you need to know about the hotel. 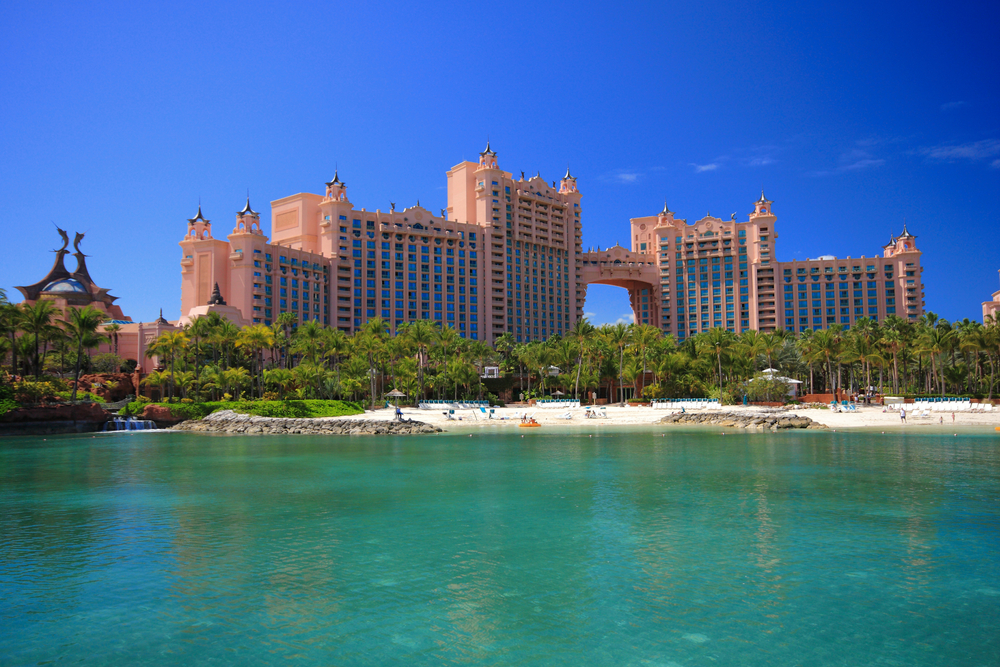 The Atlantis Paradise Island Hotel offers a tribute to the lost city of Atlantis with its humongous 141-acre property. Touted as the best luxury destination in the Bahamas, the Atlantis Paradise Hotel really pulls out all stops. The main feature of the hotel is its Royal Towers Bridge Suite, a 23rd floor wonder that spans 10 rooms, offers floor to ceiling windows, jaw dropping views, 12 ft. ceiling, twin entertainment centers, a grand piano, whirlpool tubs, 22K gold chandeliers and a formal dining room.