The Best Luxury Hotels Around the World

If you are planning on taking a trip this year, why not splurge a bit and treat yourself to something a little extra special?

From France to Indonesia, here are some of the top luxury hotels in the world, each one worth considering for your 2018 vacation.

The Hotel du Cap-Eden-Roc is a 19th-century mansion that boasts 117 rooms, as well as two villas. The ambience here is a grand one, reminiscent of the F Scott Fitzgerald era, with extravagant historic furnishings throughout the hotel.

To begin with, the hotel is set within nine acres of gardens, among which you will find five clay tennis courts, a seawater pool and a spa. The restaurant is also a highlight, serving up traditional French classics, while the grill by the seafront pavilion serves up lighter, more casual fare, with a focus on fresh seafood.

For those who enjoy an adrenaline rush…

You will love the diving board that juts out over the Mediterranean Sea, as well as the trapeze that sits over the water.

There are 33 beach cabins that you can choose from, and these have housed quite a few notable names in the past, from Roger Moore to Marc Chagall.

Located in an untouched nature reserve on Turkey’s stunning Turquoise Coast, D-Maris Bay is a resort that enjoys some truly spectacular surroundings. With dramatic volcanic rocks all around, and lush hillsides dotted with almond trees, this hotel is set within so much natural beauty.

Of course, the Aegean and Mediterranean views from the hotel are one of its highlights, and a top tip is to request a harbor-facing room, so that you can enjoy the view at all times.

The resort makes the most of all of this water, offering its guests a number of different watersport opportunities, from kayaking to diving.

Want to admire the water from afar?

There are five beaches from which you can do so, as well as a beautiful spa for when you need some indoor time.

Six dining options means that there will always be something new to try, including an outpost of Zuma, a famed Japanese restaurant in London.

Want to make sure that you arrive in style?

Well, instead of taking the two hour drive to the resort from Dalaman Airport, ask the hotel to book you in for a helicopter transfer, which will have you there in less than half an hour. 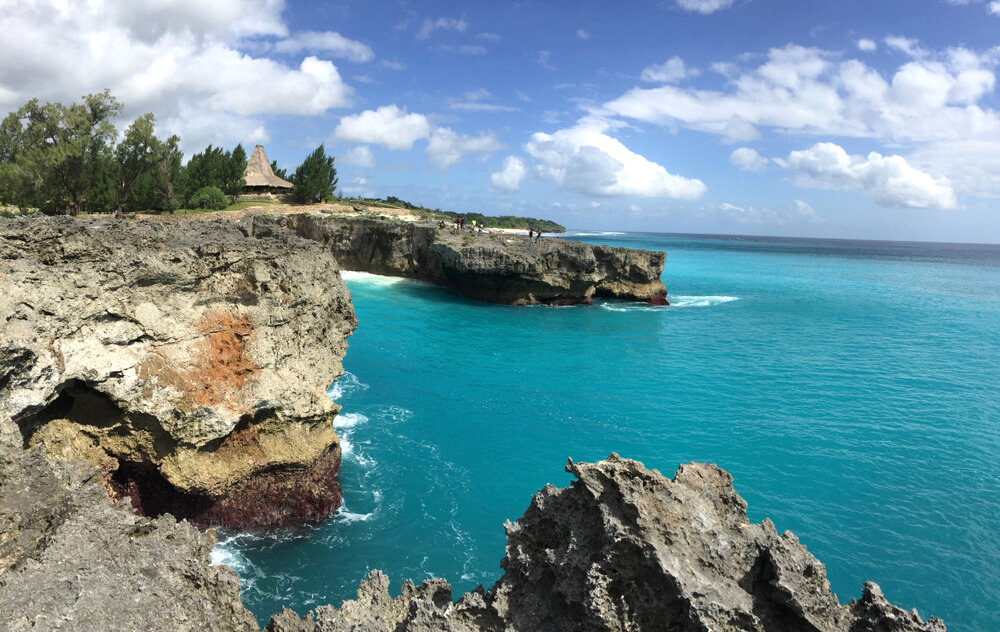 Many would consider Nihi Sumba Island to be a reflection of true paradise. Formerly a surf lodge, this hotel was transformed a few years ago, turning it into what many would agree to be the best hotel in the world.

This resort is still quite the hidden gem, as so many have no idea that it even exists…

The island itself is quite a hard-to-reach, isolated one, located about 300 kilometers east of Bali, with a population of around 65,000. The resort is the only one on the island, and most of the staff there are from the island itself, creating quite an intimate feel.

So, other than its stunning natural surroundings, what else makes this hotel so great?

Here are just a few of its highlights:

Well, to make it all even better, this luxury resort is actually completely eco-friendly. An example of this is with their food – vegetables are grown in an organic garden, while chicken comes from the resort’s own chicken farm, and seafood is caught directly off the coast by the hotel.

The Singita Sabora Tented Camp can be found in a private game reserve that sprawls out for over 350,000 acres.

While you may not think that a tent in a camp is very luxurious, Singita Sabora will prove you wrong.

Because its nine lavish tents, which are sat on wooden decks, will make you feel as though you are on the Out of Africa film set. With everything from wooden four-poster beds to silver mirrors and mahogany carvings, the tents are about as grand as they get.

As beautiful as the days may be here, guests always tend to look forward to the nights.

One reason for this is because of the night sky, with the Milky Way twinkling so brightly above.

Since the camp is located within a private reserve, this also gives you so much more flexibility when it comes to activities after dark. One popular night time activity is taking a drive through the reserve to look for leopards hunting their prey.

Wondering when to visit?

Try timing your visit for the Great Migration, which takes place during June and July. This is when the wildebeest migrate, and thousands of these animals stop by at the camp, with many even choosing to spend a day or two here. For animal lovers, this is really an experience unlike any other.

Located in the scenic village of Bishangarh, the Alila Fort is actually a fortress that dates back over 230 years ago.

This is a great hotel for history buffs, as the fortress structure has been left pretty much intact. Everything from its looming turrets to its granite dungeon can still be seen, although they do now have a few luxury touches added to them, such as the decadent spa in the dungeon.

Curious about the hotel’s amenities?

Here are a few to get excited about:

This hotel has only been open for a year, making it still quite the newcomer in the industry. However, its dedication to luxury has already earned it a fantastic reputation, and while it may boast 59 luxury suites, this is a hotel that you will definitely need to book in advance for. 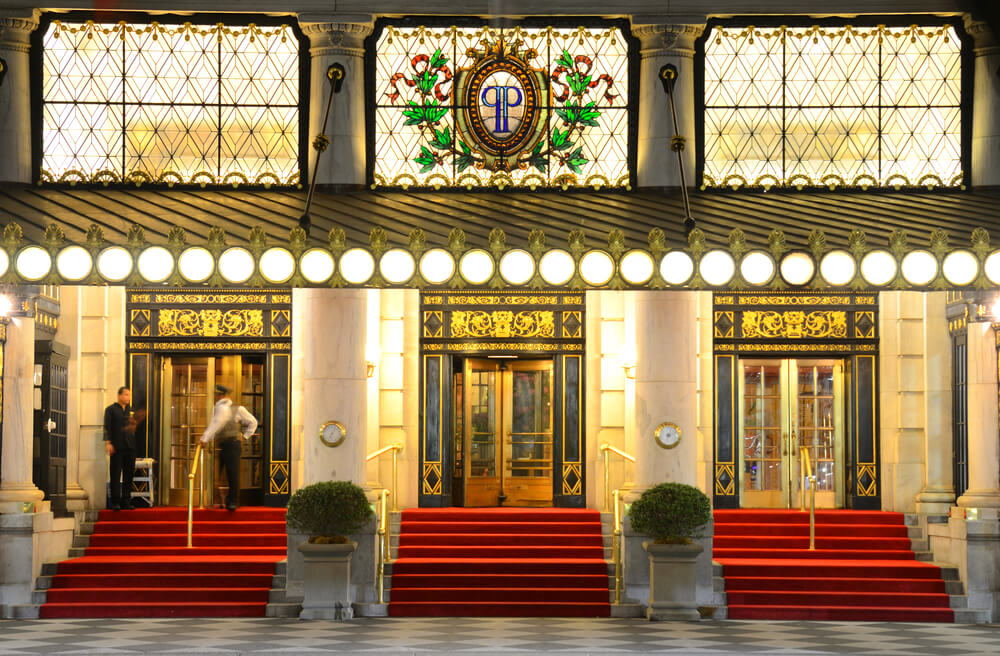 Unlike many of the other hotels on this list, The Plaza is one that you have likely already heard about countless times.

Because this hotel has starred in so many different movies and books over the years. From Eloise to The Princess Diaries, and even to the 1925 novel The Great Gatsby, The Plaza is truly iconic when it comes to pop culture.

This landmark hotel was originally built in 1907, and then designated as a National Historic Landmark in 1969.

New York is one of the finest cities to visit, with so much to see and do, and staying at this hotel will make your vacation all the more memorable.

Of course, a hotel this grand has some fantastic amenities:

Want to really splash out?

Stay at one of the hotel’s suites, which also means that you are able to enjoy 24 hour butler service.

Shanghai is home to so many luxury hotels, but The Peninsula Shanghai is one that really stands out.

For a number of reasons:

This may all sound great, but regulars actually return for a completely different reason…

This is the hotel’s service, which is truly second-to-none. No matter what you need, the hotel’s concierge will be able to provide it, whether this may be a reservation at a hard-to-book restaurant, or a taxi on a rainy day when half the city seems to be struggling to find a cab.

With all of the city’s traffic, driving through Dubai can be a nightmare, so frequent flyers will be happy to know that the Oberoi Beach Resort is just a half hour drive from Dubai International Airport.

As you pass by the high rises all around you, you will soon enter into the Al Zorah Nature Reserve, which is paradisical with its crystal blue lagoons, white sandy beaches and mangroves bursting with life.

Wondering what this nature reserve has to do with the hotel?

The hotel is actually located within the nature reserve, offering up an ambience so unlike the majority of other hotels in Dubai. It makes the most of its surroundings, with its design being quite minimalistic, featuring interconnected buildings dotted with water pools.

While this may be an eco-friendly resort, it still offers up a range of luxury amenities:

Of course, when you want to enjoy the hustle and bustle of the city, you are not too far away. Dubai has so much to experience, and this is a city that you will likely want to return to time and time again. 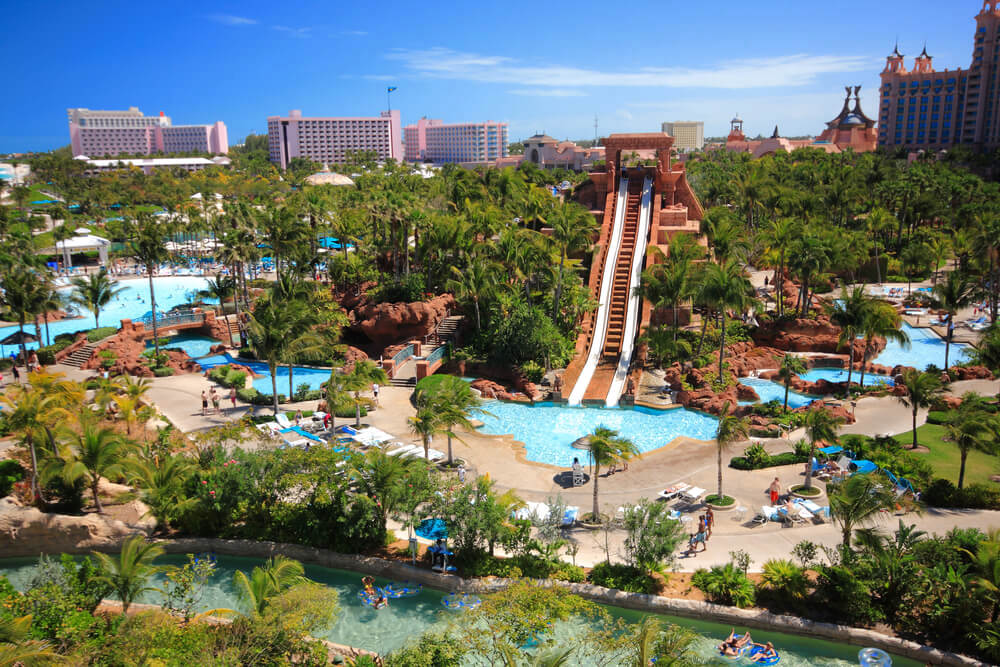 As you can tell from its name, the Atlantis Paradise Island resort is a tribute to the lost city of Atlantis. While this may be the case, it has definitely made its own name for itself, with many agreeing that this is the finest resort in all of the Caribbean.

There are a number of different accommodation options here, from the Royal Suites, which was ranked as the most expensive hotel in the world in 2002, to the Harborside Resort, with 392 villas, to the Cove Atlantis, with 600 suites in its tower.

All of these different accommodation options are built around Aquaventure, which is a waterscape that stretches out for over 140 acres.

Here, you will find a number of water-related attractions, including:

If all of that was not enough, Atlantis Paradise Island also has its very own 18-hole golf club, as well as a marina that is capable of docking large yachts. A shopping center is also on-site, as are a number of different restaurants, cafés and bars.

The Kimberley is a region in Western Australia, and while it may be more than double the size of the UK, stretching out for thousands of square kilometers, it has a population of less than 40,000.

Yes, this is one of the emptiest places on Earth…

So, why would you want to go here?

Because of the Berkeley River Lodge, a wilderness lodge that is so isolated that guests can only reach it via helicopter, air taxi or a private yacht.

The lodge boasts 20 smart villas, each one floating on the coastal dune that fronts the hotel.

All of the bathrooms at this lodge are outdoors, which may put some off, but have been done up beautifully, giving you the once-in-a-lifetime opportunity to enjoy a long shower with the tropical sun above you.

All of the villas have water views, whether this may be of the Berkeley River or the Timor Sea.

However, while you may be tempted to take a dive off your porch to explore the water, this is not advised.

Because the sea here is home to a large population of bull sharks and crocodiles.

This does not mean that you cannot make the most of the water though, as there are plenty of guided boat excursions that you can choose from, as well as natural swimming holes to take a dip in.