Spring Festivals Around the World

Spring is a season that is celebrated by many cultures around the world, each holding their own version of a spring festival. From the highly popular Hindu festival of Holi to the lesser-known Festival of Scrambled Eggs in Zenica, Bosnia, the season of spring is celebrated in some form in almost every country each year. OROGOLD reviews the top spring festivals around the world.

Holi
Holi, a Hindu spring festival, is also known as the festival of love or the festival of colors. It is celebrated across Asia, and has become popular with many non-Hindus as well. The celebrations start with an evening bonfire, where people gather to sing, dance and socialize, but the next day is the most anticipated one by participants. Each year, the festival of colors sees both the young and the elderly playing on the streets, chasing each other with dry powdered color and colored water, spraying these on each other. The festivities occur in all public places, and anyone that is around is automatically a part of the celebrations. After this, people gather to eat traditional Holi delicacies, and spend the evening visiting friends and family.

Cimburijada
Cimburijada, also known as the Festival of Scrambled Eggs, takes place each spring in Zenica, Bosnia. This festival has been celebrated for hundreds of years, and marks the changing of the seasons. Each year, thousands of locals and tourists gather on the streets at dawn to celebrate the first day of spring. The egg, which symbolises the birth of new life, is the main food of this festival, and is cooked in huge quantities in giant pans. The whole city takes part in a barbecue and party for the rest of the day, with the brave ones plunging into the River Bosnia, signalling the start of the swimming season. 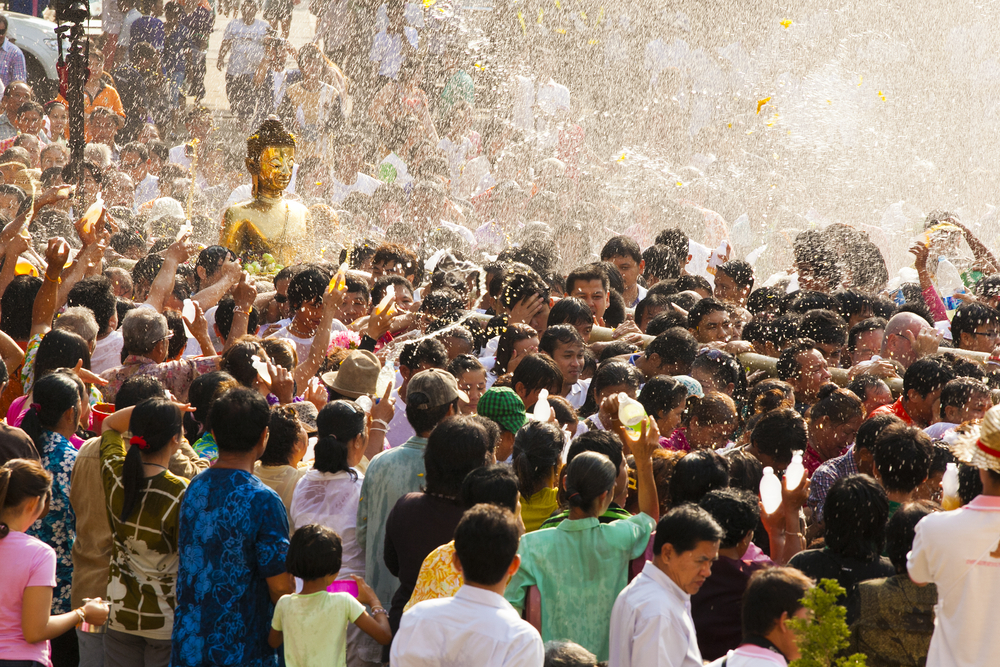 SongKran Water Festival
This festival is celebrated each spring across Thailand, as well as many other parts of South-east Asia. This is a three day festival and is one of the most popular ones in Thailand, as it is also linked to the start of the Thai new year. Like in many other cultures, the modern traditions stemmed from older ones and in this case, it was the tradition of young people pouring scented water on the hands of their elders, as a gesture inviting luck and prosperity. Now, on the streets of Thailand each year, there is a full-scale water war, with both locals and tourists taking part. Barrels of water are lined in front of stores, and people ride on the backs of bikes, motorcycles and trucks, soaking each other with water balloons and water guns.

Signifying the end of the winter and the start of warmer weather, spring is a season that holds a special place in many hearts. Whichever country you find yourself in this spring, OROGOLD recommends you to take the time to discover spring festivals that you may not have previously known about. By embracing the festivities of other cultures, you may find some exciting traditions that you will want to continue on with each year.