Although Canada may have some entertaining man-made attractions, nothing can compare to the fantastical scenery that the world’s second largest country can offer. From the ever-changing glow of the Northern Lights to the majestic roar of the Niagara Falls to the largest ice field in the Rockies, OROGOLD reviews the best of Canada‘s natural wonders.

Columbia Icefield
The Columbia Icefield is a remnant of the last Ice Age, and covers an area equivalent to the size of the city of Vancouver. Reaching up to 350 meters thick in some places, the ice field feeds 8 glaciers, as well as many river systems. Guided ice walks can be arranged, allowing you to safely and fully explore the glacier and enjoy the ice carved landscapes and glacial features from up close. 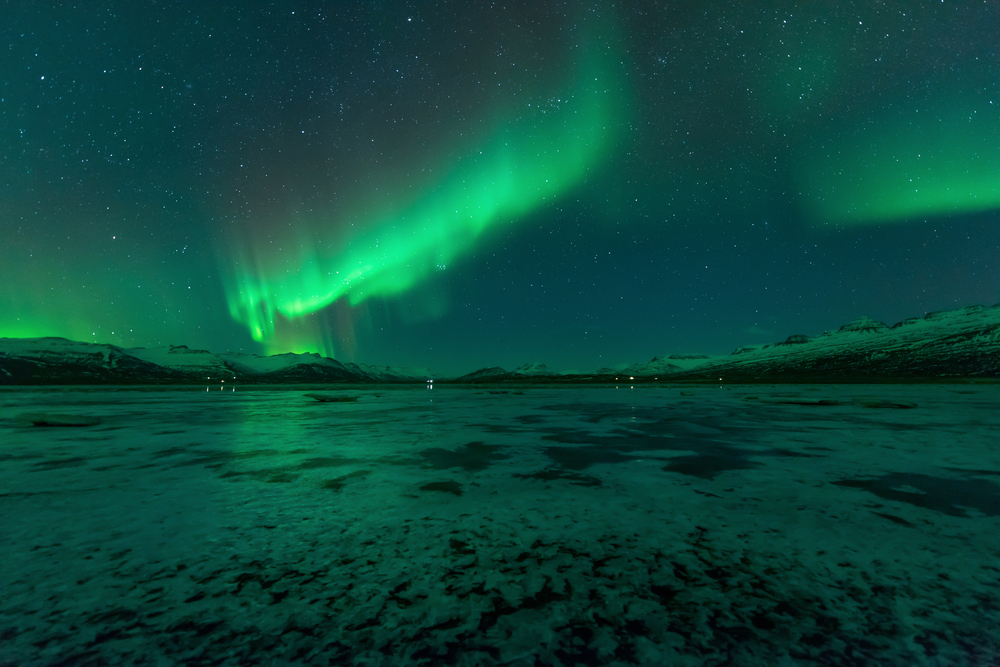 The Northern Lights
Also known as the Aurora Borealis, the Northern Lights are a mystical phenomenon that occurs when electrically charged particles collide with the gases in the planet’s atmosphere, causing them to glow in magical colors. The aurora oval is a region centered over each magnetic pole, and is where the lights can be seen with the most dramatic intensity. In Canada, the best places to view the lights are in the Yukon, Nunavut and Northwest Territories. 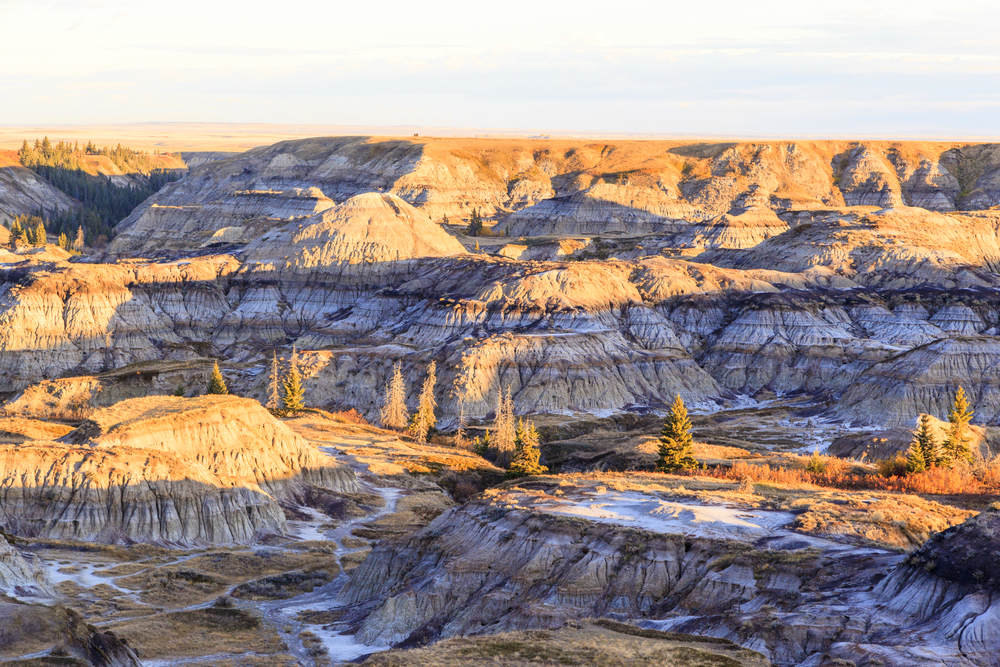 Dinosaur Provincial Park
Whether you are a die-hard Jurassic Park fan or not, there is no doubt that a walk through the Dinosaur Provincial Park in Canada will leave you feeling thrilled and enchanted. The area dates back to 75 million years ago, when southern Alberta was the thriving center of pre-historic life. When these animals died, their bones were buried deep within the sand and fossilized, which is why the park is also known as the world’s biggest dinosaur graveyard, with fossils from over 40 different dinosaur species. 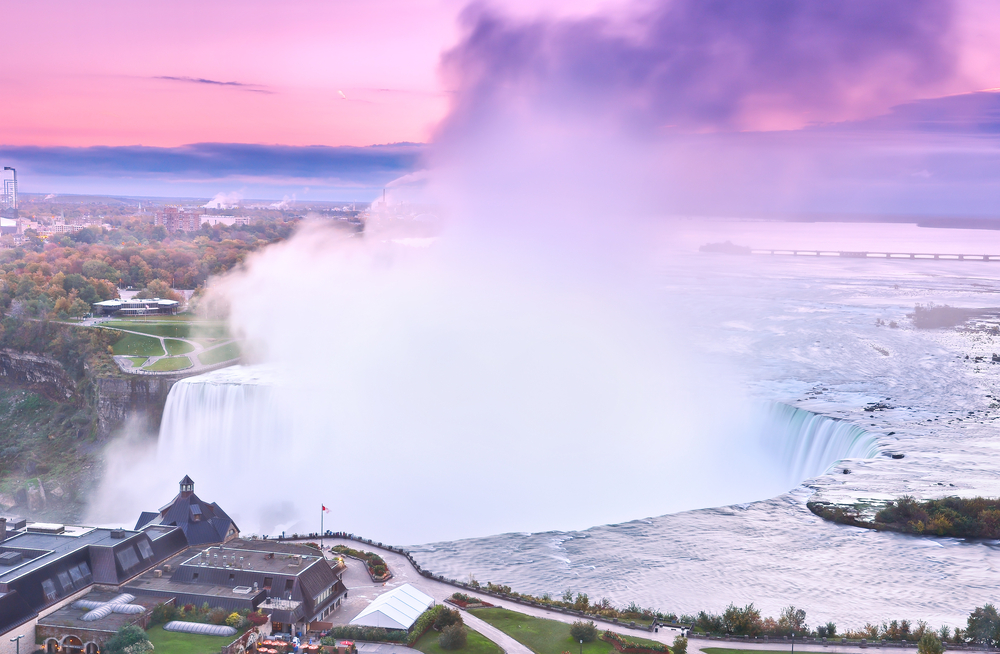 Niagara Falls
North America’s most powerful waterfall, the Niagara Falls, lies in Ontario Canada, and is actually the result of three different waterfalls combining. The Niagara Falls is one of the most famous places on the planet, is one of the seven natural wonders of the world, and its mind-boggling power and drama definitely make it worth a visit. Although a third of the falls lie on the American side of the border, there are plenty of places to admire its beauty from Canada, and many say that the falls can only be truly appreciated from the Canadian side of the border! 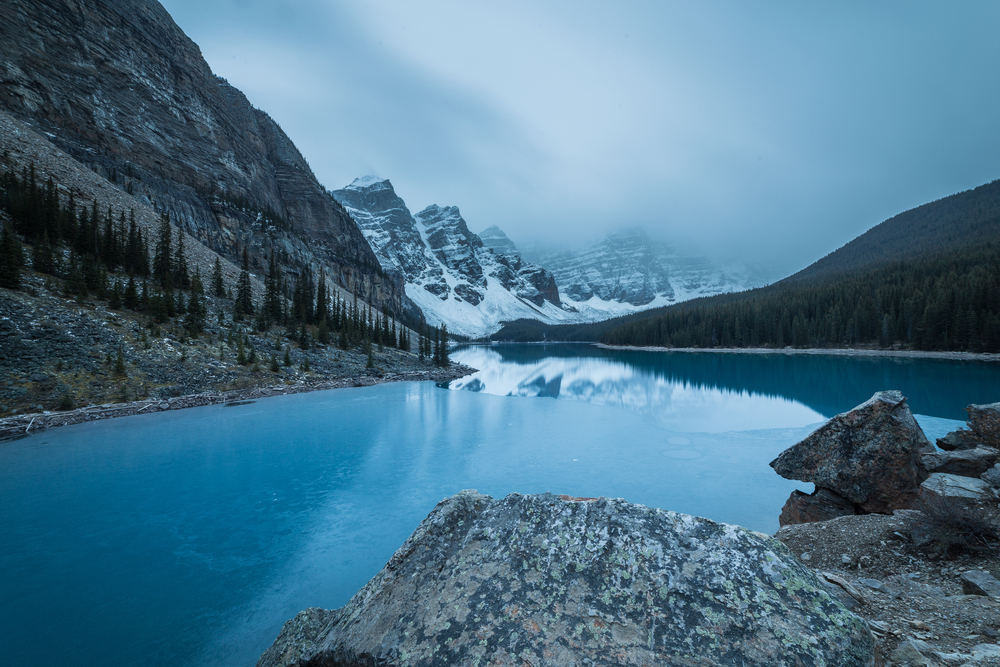 The Canadian Rockies
Spanning the provinces of British Columbia and Alberta, the Canadian Rockies are the most iconic mountains of Canada. Featuring vast areas of dramatic wilderness, turquoise alpine lakes and snow-capped peaks, the Rockies are also home to four national parks. A designated UNESCO World Heritage site, these soul-stirring mountains can keep a visitor occupied for weeks.

Although Canada’s weather conditions can often be less than desirable, the sheer beauty of its natural wonders more than make up for it. There are plenty more examples of Canada’s natural beauty all over the country from coast to coast, from the Redwood forests to the Bay of Fundy, making Canada an OROGOLD recommended destination for any type of vacation.