Yacht clubs have a long standing tradition that dates all the way back to the 1700s. These clubs are known to feature annual sailing events and many of them also have their own racing calendar where they compete with other clubs in the world. Most of the prominent yacht clubs also offer special junior sailing programs that cater to children between the ages of 6 – 16. Traditionally speaking, yacht clubs offer a clubhouse, a marina or a specific portion of the shoreline where members are allowed to practice the sport of sailing. Over the years, a number of exclusive yacht clubs have also emerged all over the world. Getting a membership in these clubs is literally impossible and the members are all known to be prominent personalities, world famous businessmen and power brokers. Some of the most common facilities (apart from sailing) offered by modern day yacht clubs include gyms, accommodations, restaurants and exclusive club houses. Here is a list of some of the most exclusive yacht clubs in the world.

Leaving Dubai out of any top 10 list related to luxury would be crazy. The city that boasts of having the biggest, tallest, largest and highest landmarks also boasts of having one of the most exclusive yacht clubs in the world. Most members who are a part of the Dubai Marina Yacht Club swear by the principle that conducting business in traditional old fashioned board rooms are a thing of the past. The club is located in the very midst of the Dubai Marina and has enough room to hold approximately 500 vessels. The ultra modern design, al fresco dining options, indoor restaurants, shopping arcades that are full of upscale boutiques, state of the art meeting and function rooms, rich interiors and slick service ensures that the Dubai Marina Yacht Club is one of the most popular haunts for the rich and the famous.

The Royal Thames Yacht Club is located in the prestigious Knightsbridge area in London and it holds the honour of being the oldest sailing club in the UK. The club was founded in the year 1775 and is known to participate in a number of annual races – overseas as well as in the UK. Over the years, the membership of the Royal Thames Yacht Club has been filtered and you can find a number of eminent personalities as its members today. The club offers its members with a range of facilities such as a super luxury restaurant, a coffee house, cabin, reading rooms, bars, social galas, dedicated golf days, exclusive dinner parties and a well stocked cellar.

The Royal Yacht Squadron on the Isle of Wight distinguishes itself as the only yacht club in the world which denied entry to The Queen. The yacht club had a long standing rule which prevented women from entering its premises for almost 200 years and it is said that this exclusive club even denied entry to Her Majesty despite the fact that she is one of its major matrons. Profession, wealth and social standing are some of the most basic criteria that are considered for those wanting to become its members and with a joining fee of roughly £1800 along with an annual membership fee that goes into thousands of pounds, the  club is literally reserved for a select group of financial elite.

The Royal Hong Kong Yacht Club, popular as one of the most prestigious yacht clubs in Asia, has a rich and colorful history that dates back to the year 1849. The club is located in Causeway Bay and has fantastically transformed itself from a simple clubhouse to one of the most elegant yacht clubs in the world.  The club takes part in a number of racing events and its sailing season runs from September to May.

The Cruising Yacht Club of Australia (CYCA) is located in the Rushcutters Bay. It opened its doors as a humble club that was founded by a few cruising enthusiasts in the year 1944 and has managed to transform itself into one of the most famous yacht clubs in the world. The Cruising Yacht Club of Australia is most famous for the Rolex offshore race, one of the most famous and prestigious sailing competitions in Australia. It also offers its 2700 members with extensive facilities, a state of the art clubhouse and an extensive sailing calendar. 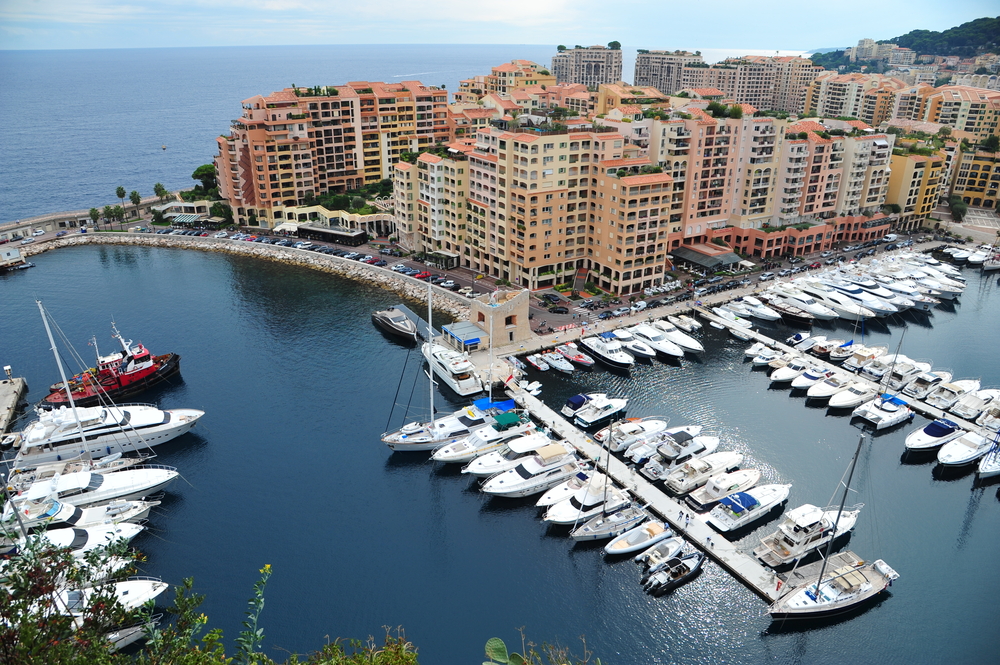 You really cannot exclude Monaco from anything related to the word exclusive. Right from its exclusive casino to the world famous grand prix, Monaco has always been at the heart of everything to do with the rich and famous all over the globe. Therefore, it comes as no surprise that the Yacht Club Monaco is considered to be one of the most prestigious and most exclusive yacht clubs in the world. In fact, in order to get membership in the club, one needs to be introduced by two sponsors, both of whom should be existing society members of the club. All new members of the club are welcomed by an exclusive cocktail party which is followed by a gala dinner. The club has also inaugurated a new and shiny premises in the year 2013 which has been designed by the great Norman Foster and is famous for its challenging architectural beauty.

The New York Yacht Club dates back to the year 1844 and has become one of the most influential and eclectic yachting institutions in the world. Its membership is by invitation only, and all of its 3000 members are known to be world leaders or prominent personalities in their respective fields. The club is characterized by its Gothic styled clubhouse and is also known to host the largest collection of model boats in the world. Some of the main facilities offered by the New York Yacht Club include grand sailing regattas, glamorous events and parties, elegant restaurants and world class libraries.