Located 15 miles from St. Petersburg‘s city center, Pushkin was originally established in 1710, as an imperial residence. Considered to be St. Petersburg’s most beautiful town, Pushkin today is packed with a magnificent collection of parks, palaces and museums, making this the ideal destination for those who want to learn more about the history and culture of St. Petersburg.

Catherine Palace
The baroque Catherine Palace, which was the place at which Empress Catherine the Great lived and died, is one of the most popular attractions in Pushkin, and while the palace was almost completely destroyed in the second world war, it has since then undergone a major restoration program, and has been returned to its former glory.

Catherine Park
Catherine Park surrounds Catherine Palace, and is split into two sections. The first is the Formal Park, which lies directly behind the palace, and was originally laid in 1720. This garden is quite formally structured and always well-maintained, featuring box hedges and a rigid sense of symmetry. The second section to Catherine Park is known as the English Garden, whose focal point is the Great Pond, on which lies an island that can be reached by ferry. The English Garden is home to a number of interesting monuments and landmarks, such as the Dutch-style boathouses, the Marble Bridge, which was modeled after a version in England, the Gothic Gate and the Turkish Bath. 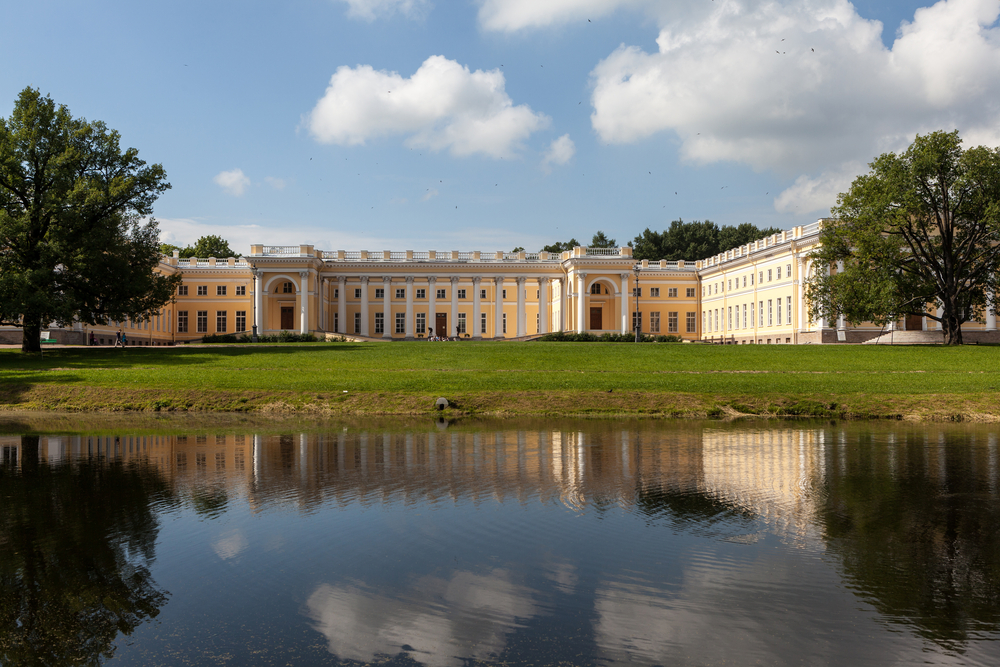 Alexander Palace
Just a short way down the road from Catherine Palace lies the Alexander Palace, which was commissioned for Alexander Pavlovich, one of the grandsons of Catherine the Great. This is also the site at which Nicholas II, the last Russian emperor, and his family were imprisoned after the Romanov dynasty was overthrown in 1917. Today, visitors are able to tour the palace, taking in its grand interior, as well as viewing a number of relics that date back to the former imperial dynasty.

Museums
Pushkin is home to several fascinating museums, each offering a unique perspective on the town’s past. Alexander Pushkin, after whom the town was renamed, was not only considered to be one of the greatest of Russian poets, but also the founder of modern Russian literature, and the Pushkin Museum, which is situated in a historical wooden house where the poet spent time with his wife, is a great place to learn more about the man himself. Another museum that is housed in a traditional wooden house is the Museum of Pavel Chistyakov, dedicated to this famous Russian painter. For those that want to know more about the history of Pushkin itself, a visit to the Local History Museum of Pushkin Town is a must, showcasing displays that depict the town’s progression, as well as highlighting specific events that shaped the history of Russia.

Pushkin used to be the favored residence of many Russian tsars, from Nicholas II to Catherine the Great, and it is easy to see why. With magnificent palaces, sprawling landscaped parks and a rich sense of history and opulence no matter which way you turn, Pushkin is an exceptionally charming suburb that you will not regret taking the time to explore.