Visit the Liveliest Place in Dusseldorf

Located on the River Rhine, Dusseldorf-Hafen is an urban borough in Dusseldorf which many would consider to be the liveliest spot in the city. In addition to being the city’s main harbour, Dusseldorf-Hafen is also home to everything from spectacular architecture to trendy nightclubs, making this an area at which you will definitely want to spend a bit of time.

MedienHafen
When the city of Düsseldorf decided to modernize their harbour, they brought in internationally renowned architects and gave them each free reign over a particular lot. This meant that everyone from Frank O. Gehry to Claude Vasconi were able to make their mark on the Dusseldorf skyline, and the architecture that you will see here is definitely impressive. Nevertheless, with its wrought-iron railings and historical monuments, the harbour still manages to retain its sense of heritage, and its reputation as the “architectural mile” only adds to this.

The VIEW Skylounge and Bar
While there are several bars dotted around Dusseldorf-Hafen, the VIEW Skylounge and Bar tends to be the most popular, and one of the reasons for this is because of the spectacular panorama it offers of the harbour below. The bar itself serves up food and speciality cocktails, alongside live entertainment, and, once you visit, it is easy to see why they have won so many awards. 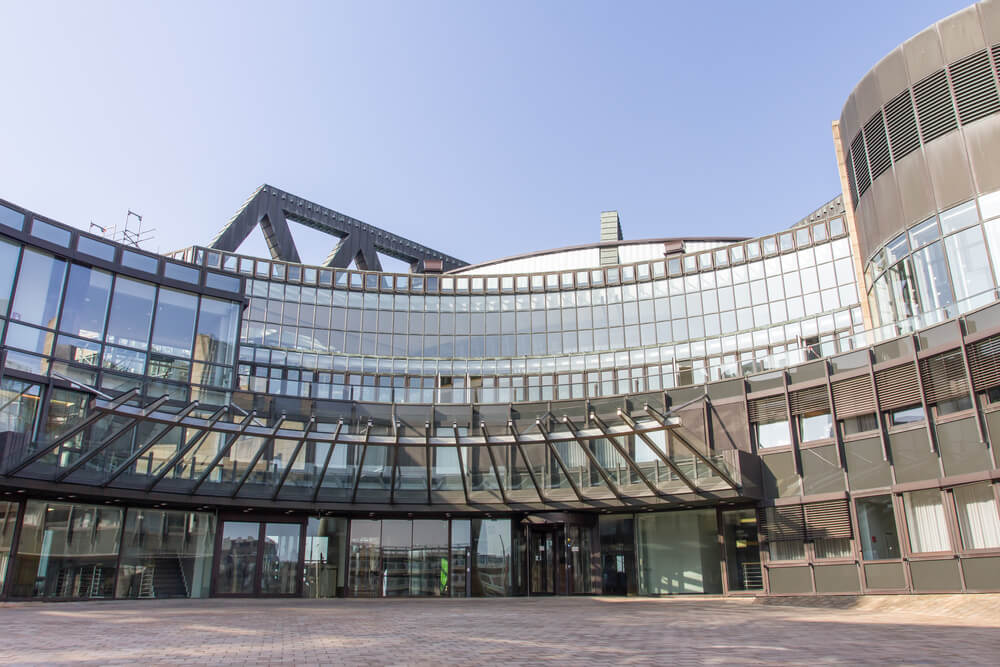 Landtag of North Rhine-Westphalia
The Landtag of North Rhine-Westphalia is the state parliament of the region, and can be found in the Dusseldorf-Hafen district. There are tours available for visitors to take, which will give you the opportunity to follow plenary sessions, as well as learn more about parliamentary work. The tour will also teach you about the impressive architecture that can be seen all along the banks of the Rhine, making this a must if you want to learn more about these exquisite buildings. The set tour is available during the week, and, on weekends, the visitor’s center is open for the public to explore on their own. However, if you would like a tailored tour, get in touch with the visitor’s center in advance, as they will be able to arrange one for you.

Restaurants
With its innovative architecture and sweeping harbour views, Düsseldorf-Hafen is a great place to have a bite to eat. There are many different restaurants to choose from, with one of the most popular being Rocca Im Gehry’s, which is known for being one of the best steak houses in the area. The Mediterranean seafood at Meerbar is also worth trying, as are the burgers at Bob and Mary. For those who would like some vegetarian fare, head to Sattgrun, while those who would prefer to try some traditional German sausages can do this at Curry.

There is so much to see and do around Dusseldorf-Hafen, from exploring historic landmarks to eating at some of the best restaurants in the city. If you can, try to visit the area during both day and night, as the atmosphere here does change once the sun goes down.