Top 10 Things to Do in Amsterdam

The capital of the Netherlands, Amsterdam is one of the most popular tourist destinations in Europe and is considered very safe to travel, welcoming in over five million people each year. From the historic Anne Frank House to the renowned Red Light District, here are the top 10 things to do in the vibrant city of Amsterdam.

1. Take A Tour of the Anne Frank House

The author of the most widely-read book in the world, teenager Anne Frank, and her family, were hiding in Amsterdam during World War II. This is the very same house that the family hid in, and it has now been turned into a museum.

The tour begins on the ground floor, and takes you up the steep stairs to the secret annex that housed the family. Anne’s room has been preserved extremely well, with the walls still sporting the photos of movie stars, as well as magazine clippings, that the teenager had decorated her room with.

If you are familiar with the Diary of Anne Frank, you will know that the family were captured and taken to concentration camps. At the end of the museum tour, you will be able to watch a few video clips that depict life in these camps.

While the mood at the museum may be quite a sombre one, this is definitely one of the city’s must-see historical attractions.

2. Cycle Around the City

Amsterdam is known for being one of the bike capitals of the world, with around one million bicycles circulating through the city. Since Amsterdam is so compact and flat, with its streets quite small and narrow, this is the perfect destination to explore on a bike rather than in a car. 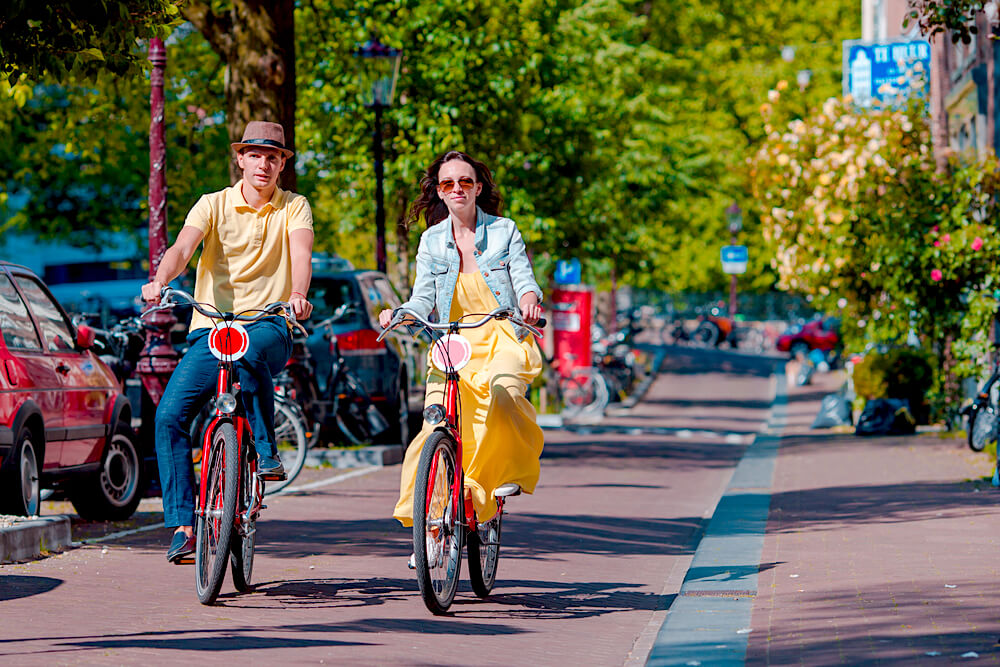 So, how do you go about renting a bike?

There are bike rental shops to be found all over the city, and simply require a small deposit. If you are an experienced cyclist, you can then head off straight onto the busy streets. However, if you have not ridden for a while, it would be worth finding a quiet area to practice in before venturing into the traffic.

There are bike paths criss-crossing throughout the city, running alongside all of the roads, and these will take you past many of Amsterdam’s most popular attractions. If you would like some guidance on where to go, you could always sign up for a cycling tour of the city, as these will have a guide to talk you through all of the sights that you will pass.

3. Soak Up Some Art at Museumplein

Renowned for being the most prestigious spot in Amsterdam, Museumplein is home to three of the most important museums in the city. For those of you who are fans of art, each of these museums are worth visiting:

Nicknamed as the Venice of the North, 20% of the surface of Amsterdam is made up of water, and there are more than 100 kilometres of canals throughout the city.

This tends to be an activity done more by tourists than locals, but it is still a great way to see some of Amsterdam’s most iconic sights, from a unique perspective. The canal ring itself is a UNESCO World Heritage Site, and there are several different cruise operators that you can choose from when it comes to experiencing this historic part of the city.

These are some of the most popular cruises:

You will find street food vendors all over Amsterdam, no matter the time of the day. Here are some of the street food snacks that you should definitely not miss out on: 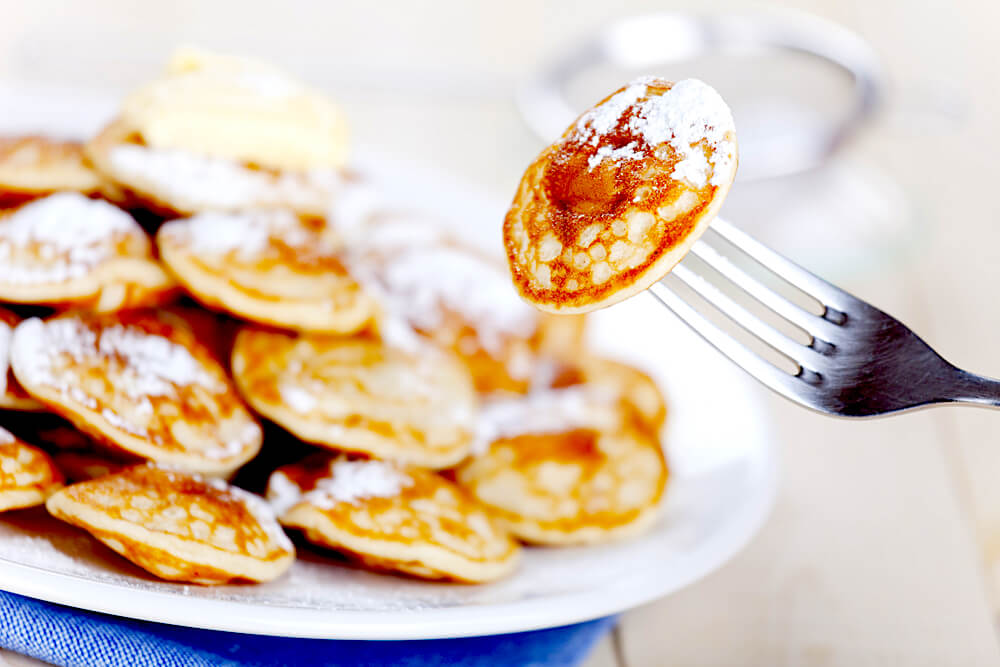 If you are only in the city for a short while, then head to De Hallen, which is a new arts, fashion and food center.

Why would you need to go here for street food?

For Foodhallen. This is where you will find a mouthwatering array of upmarket street food stalls, all serving up traditional street snacks, but with a high end twist. http://foodhallen.nl/

6. Try A Spot of Shopping

Amsterdam is a great city to shop in, because not only does it have a fantastic range of shops, but it is also so compact, making it easy to get from store to store.

Want to know exactly where to go? Here are the city’s best shopping areas:

Of course, Amsterdam is also home to many street markets. The Albert Cuypmarkt is one of the largest, and can be found in Pijp. You will find everything from spices to vintage clothing here, and it is such a lively place to browse.

Just about every neighbourhood in the city will have their own street markets, and many will also host farmers markets on the weekends.

De Wallen can be found in the oldest part of the city, and consists of an eclectic mix of bars, sex shops, and brothels, as well as around 300 windows where you will find women showcasing their wares. 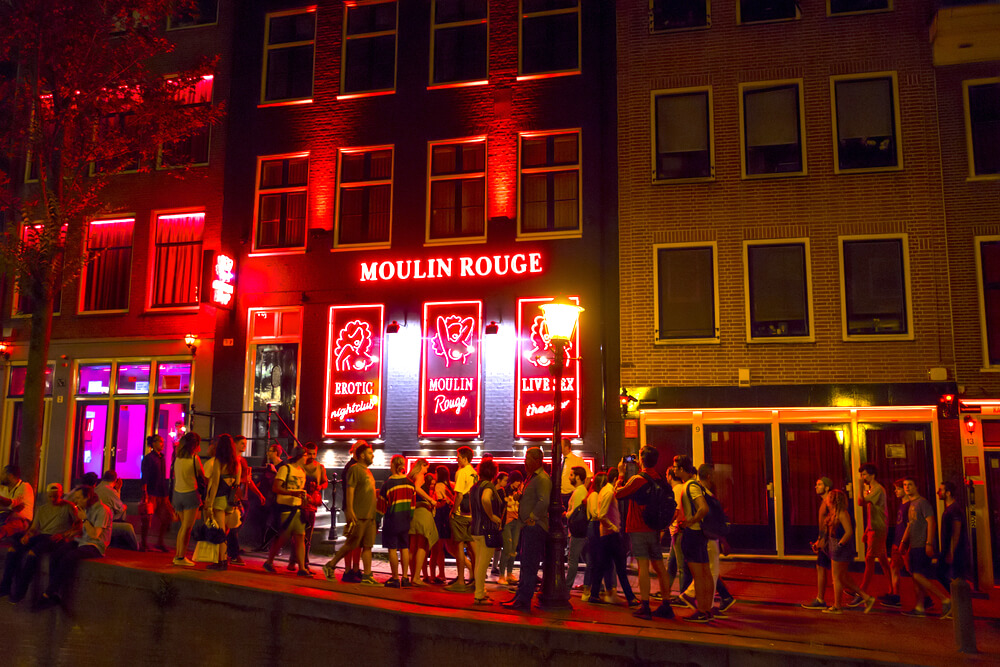 Wondering if it is safe to wander around here at night?

There is no doubt that the area can get quite seedy the later it gets, but nothing quite beats the Red Light District for a thrilling evening walk. This is often a highlight of the city for many tourists, as it will be completely unlike anything else you have ever seen.

However, make sure that you keep these tips in mind:

8. Go for an Afternoon of Beer-Tasting

Amsterdam’s craft beer culture is thriving, and there is nothing quite like spending an afternoon sampling some of the many local brews that you will find here.

Many of the local breweries have tasting rooms, and offer tours of their facilities too.

Here are some of the best breweries to check out:

9. Visit the Only Floating Flower Market in the World

The city’s most colorful, and sweetly scented, attraction, Bloemenmarkt is famous for being the only floating flower market in the world.

How does it work?

The market stalls are houseboats that are lined up along the Singel Canal, and there are usually around 15 to 20 stalls here. Each one is filled with a variety of fresh flowers, with the exact species depending on what is in season.

In addition to fresh blooms, you will also find potted plants, loose tulip bulbs and seeds, the latter of which many tourists purchase to take home with them, to plant them in their own garden. You will also find a range of souvenirs here, from clogs to cheese to decorative tulips.

Visiting the city in the winter?

There will still be quite a bit to see at the flower market, especially in the run-up to Christmas.

10. Check Out the Nightlife Scene

Amsterdam comes alive in a whole new way once the sun goes down, and the city is renowned for its nightlife scene.

The two main nightlife areas are Leidseplein and Rembrandtplein, both of which are home to a variety of venues. Whether you are after live music, pulsating night clubs, or a sleek cocktail bar, you will find all of that here.

Of course, the Red Light District is also home to a number of different bars, and it is definitely worth popping in to one of these one evening for a drink.

Wondering what to wear?

People tend to dress quite casually when out on the town in Amsterdam, although it does depend on where you are going. Jeans are usually fine, and very few clubs will enforce a dress code.