Over a quarter of Amsterdam consists of canals and harbours, making it the most water-filled city in the world. In addition to giving the city a picturesque medieval quality, the waterways are also used for transportation, ferrying around over 3 million passengers each year.

The Amsterdam Canal Ring
The Amsterdam Canal Ring is a network of some of the city’s intersecting waterways, and was listed as a UNESCO World Heritage Site in 2010. When the canal ring was first built, it was considered to be an engineering and cultural masterpiece, and has played many significant roles in the development and success of the city. Herengracht, otherwise known as the Gentleman’s Canal, is one of the most important canals in the city, and an address along this waterway is considered to be extremely prestigious. The widest canal in the city is the Keizersgracht, also known as the Emperor’s Canal, while Prinsengracht, the Prince’s Canal, was part of an extension project of the city that took fifty years to complete. At the time, this was the largest urban expansion in the world, and this dramatically help the city’s climb to becoming one of the leading city’s of Europe. 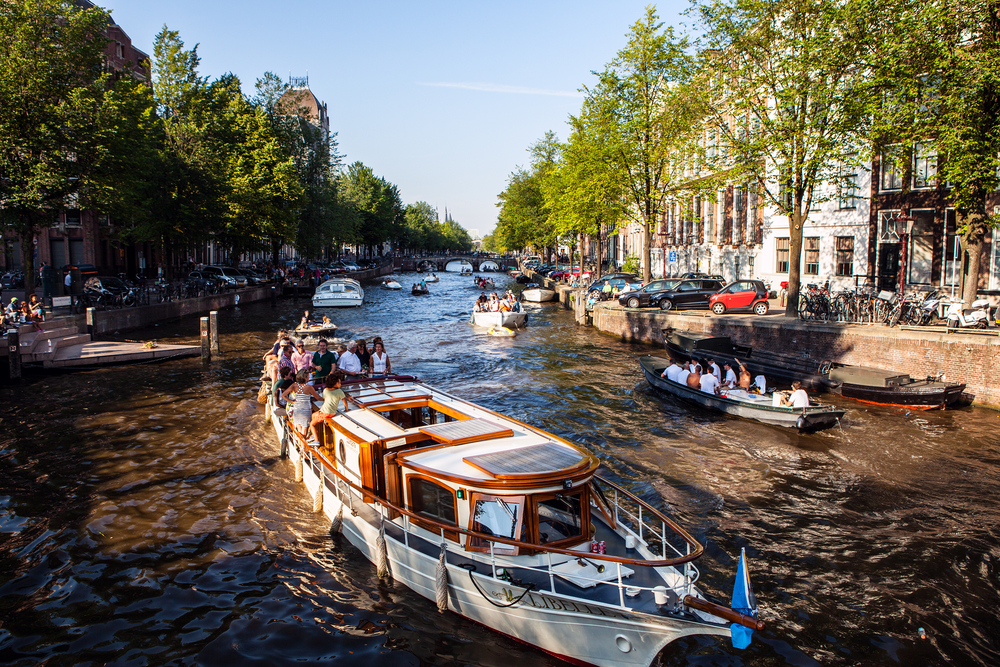 Canal Cruises
Taking a canal cruise is one of the most popular activities amongst those visiting Amsterdam, as it provides the opportunity to explore the city from a truly unique perspective. Cruise operators and departure points can be found all over the city, with cruises varying from short tours to hop-off all-day excursions to romantic candlelight dinners. If you are hoping to film your experience, then the type of canal boat that you pick can have an impact on this, as only 25% of the canal boats are run on electricity. The rest are propelled by fuel, which can be quite noisy, so be sure to pick one of the so-called whisper boats if you are hoping for some serenity.

Canal-Bus
As the residents of Amsterdam will tell you, the canals are much more than just a scenic attraction. Instead, they serve as an easy way for locals to travel around the city, and making use of the canal-bus network is the most convenient way to do this. The municipal canal-bus travels along four different routes, with sixteen stops located around the city, many of which are situated a short walk away from some of the city’s major tourist attractions.

No Swimming
As tempting as it may be to take a dip into one of the canals on a hot summer’s day, swimming in Amsterdam’s canals is never a good idea. The canals are home to a number of houseboats that line the waterways, and while the canals are flushed into the North Sea three times a week, they are still used as sewage dumps for all of the houseboats and barges that permanently reside there.

Whether you have made frequent trips to Amsterdam in the past, or are a first-time visitor, it is likely that the canals will feature somewhat in your trip. From hopping on a canal-bus to avoid the city’s road traffic to indulging in a long sightseeing cruise around the city’s Canal Ring, there is no doubt that Amsterdam’s canals are one of the highlights of the city.