The Historic Center of Puebla City

The fourth largest city in Mexico, Puebla lies at the foot of Popocatepetl, one of the highest volcanoes in the country. With this strategic location, the city has played a significant role in Mexico’s history, so much so that the Historic Center of Puebla, which is where the Spanish first settled in the region, was designated a UNESCO World Heritage Site in 1987.

Puebla Cathedral
The Puebla Cathedral is one of the largest and most elaborate churches in Mexico, and took around 300 years to complete. There is no denying its grandeur, with its sparkling interior, sprawling altarpiece, and intricate ceilings, and its twin belfries, which are the tallest in Mexico, give the structure quite an intimidating feel.

Museo Amparo
Housed in two historic colonial buildings that date back to the 17th and 18th centuries, the Museo Amparo’s permanent collection tells the story of the way in which Mexico has developed over the centuries. From its pre-Hispanic Mexico collection to its recreation of a wealthy colonial home, this museum will teach you so much about the history of Puebla and the rest of Mexico.

Convent of Santa Monica
The Convent of Santa Monica was first established in 1606, with the intention of being a refuge for women who had been widowed or abandoned. However, this idea soon failed, and the building was subsequently used for a variety of purposes, from a prison to a high school, and then, finally, a convent. Today, the Convent of Santa Monica is home to the Museum of Religious Art, which boasts an impressive collection of sacred art that dates from the 16th to the 19th century, consisting mainly of pieces that come from Puebla City’s four old convents. 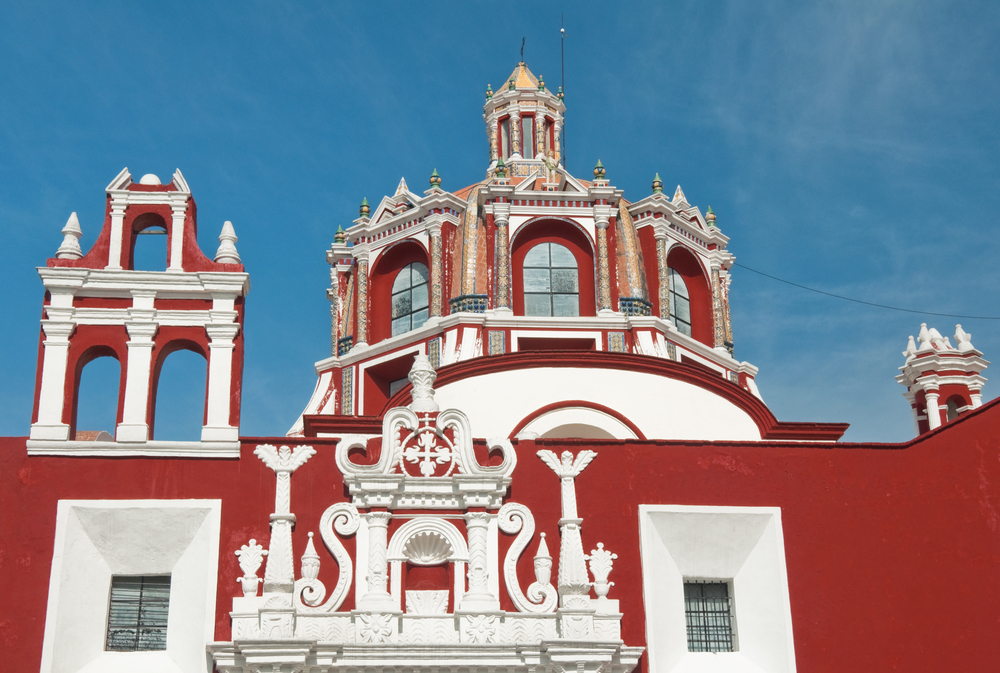 Convent of Santa Domingo
The Baroque style Convent of Santa Domingo was built in the 16th and 17th centuries, and is where you will find the famous Capilla del Rosario. This chapel never fails to captivate visitors, and its elaborate intricacy really needs to be seen in order to be believed. With historic paintings, glittering gold leaf and ornate sculptures, the beauty of this chapel makes it one of the most visited in the city.

With over 70 different churches and thousands of colonial buildings and monuments, the Historic Center of Puebla City is truly fascinating to explore. While the development that has occurred in Puebla over the years has meant that large parts of the city have been transformed, it is still possible, in the Historic Center of Puebla, to imagine what life was like back in the city’s colonial days.