An annual celebration in the Philippine city of San Fernando, the Giant Lantern Festival is held on the Saturday before Christmas Eve, meaning that it falls on the 19th of December this year. As you would expect from the name of the festival, the event features massive lanterns that are an attraction in themselves, and are why the city has earned itself the nickname of the Christmas Capital of the Philippines.

The Festival’s Beginnings
The roots of the Giant Lantern Festival can be traced back to Bacolor, where a much simpler celebration used to be held. However, when San Fernando became the provincial capital in 1904, the event moved to this vibrant city, and has been held here ever since. The lanterns used at this time were a mere two feet in diameter, which was much smaller than the lanterns seen today, but these evolved over the years, with the lanterns becoming much larger and more intricate. In 1931, electricity was introduced to the San Fernando lanterns, with the lights being controlled by switches, and each barangay, or region, would co-operatively create their own lantern for the competition. 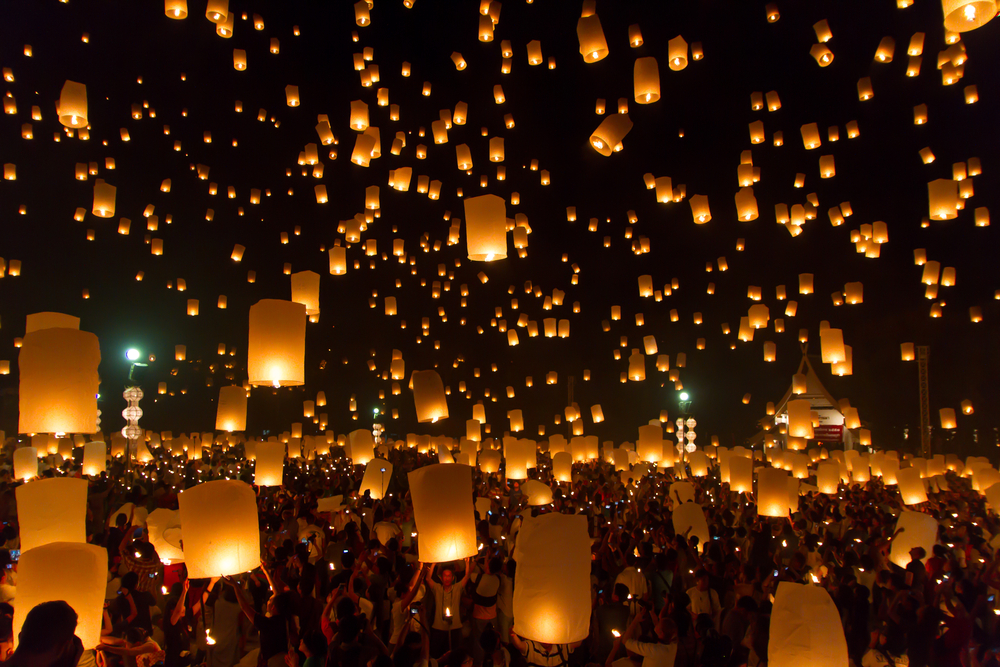 The Lanterns
Today, the Giant Lantern Festival features a spectacular array of different lanterns. The largest measure around 20 feet, and are made with a steel frame, before being lined with cardboard and then fitted with between 3000 and 5000 light bulbs, but there are also many simpler designs that make the festival accessible even to those without complex lantern creation skills. These consist of a lightweight bamboo frame wrapped in rice paper, and this minimalist design is always just as breathtaking and captivating as the more complex lanterns out there.

The Significance of the Festival
The Giant Lantern Festival has, for so many years now, marked the start of the Christmas season in the Philippines. In addition to this, it also portrays the holiday message of light and hope, and the kaleidoscopic beauty of the lantern designs highlight the festivities of the season. This is a festival that is extremely popular amongst the locals, and always has a huge turnout, so be sure to prepare for this if you are planning on visiting.

Lantern Exhibitions
Once the Giant Lantern Festival has kicked off this year, there will be several Lantern Exhibitions held around San Fernando, so that the public has the opportunity to check out this year’s lanterns in more detail. From Essel Park to Greenfields to Robinsons Starmills, each of these San Fernando locations will be showcasing some of the finest lanterns from this year’s festival.

The islands of the Philippines are home to a wide range of unique Christmas traditions, but the Giant Lantern Festival has to be one of the most popular. While there is a competitive element to the festival, with winning lanterns being picked each year and Barangay Dolores having won for the last two consecutive years, this is secondary to the joy and excitement that the festival brings to the city each December, and it is likely that this is a Philippine tradition that will stick around for many more years to come.