Despite being located at a distance of less than 100 miles from the hyperactive city of Los Angeles, Santa Barbara is its exact opposite. With some of the top rated wineries, breathtaking natural beauty, a number of exotic beaches and a vast variety of shopping and dining options, Santa Barbara offers its visitors with all sorts of big city charms as well as the ideal small town experience.

Most people believe that Santa Barbara is a place that the rich and famous call their home – and rightly so. After all, some of the greatest celebrities in the world such as Justin Beiber, John Cleese, Oprah and Drew Barrymore all live here. However, despite its star studded status, the city still manages to offer extremely affordable holidays as well. The locals are immensely proud of their rich cultural heritage and vast history and some of the most popular festivals of the country can be found here.

What makes Santa Barbara even more popular is the fact that the variations in weather are not extreme. The summer months are known to be the peak seasons in the city and you can always expect the prices and the number of tourists to soar during the summer months. The crowds and prices drop a bit during the fall season, but the weather still manages to hold up perfectly fine (barring those occasional winds). The winter and spring seasons feature the highest rainfall and it can be quite chilly at times as well. 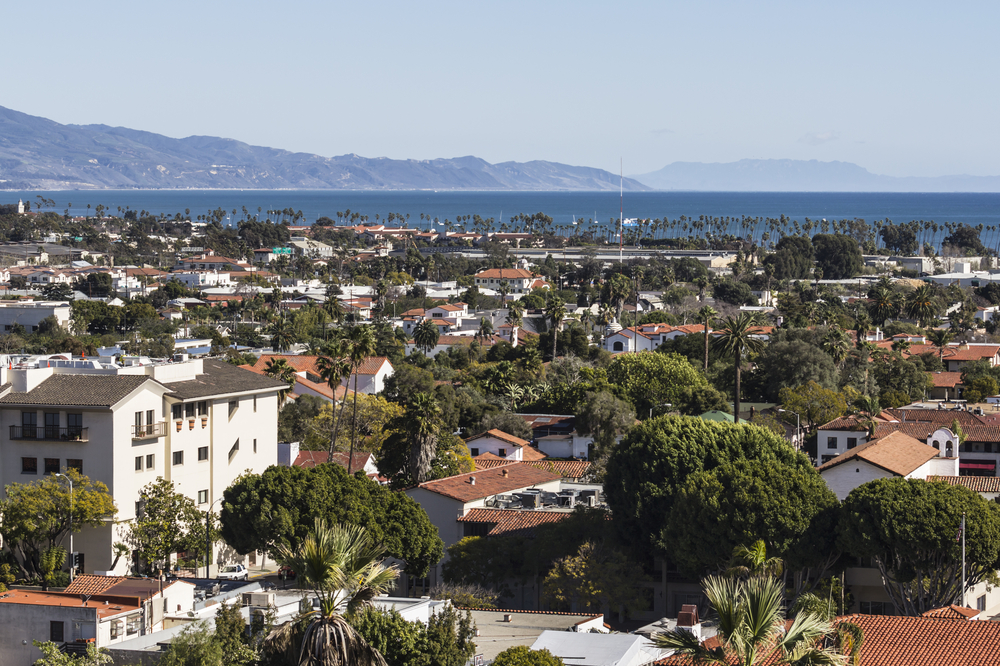 It is easy to see why Santa Barbara prefers to be called the American Riviera – it enjoys a unique position along a beautiful stretch of coastline and is also protected by the Santa Ynex mountains. The Mediterranean type climate and its rich history give it somewhat of a European feel and the sophisticated charms transform it into a culture lover’s delight. Yes, the town is high on architecture and culture, but that takes nothing away from its seductive nightlife and superb shopping. In fact, some of the wildest party scenes of the US can be found in Santa Barbara.

A few other things that define the city include its wine, gardens and beaches. The magnificent combination of foothills, valleys and ocean breeze allows for some of the most exquisite vineyards to flourish in the region. The coastal location of the city along with its temperate climate also makes it a perfect place for lush foliage and exotic blooms. As a result, picnics, outdoor activities, hikes and nature excursions are all too common. Finally, the beaches found in the city are also known to be something else. Locals are known to take full advantage of these beautiful beaches and activities such as weddings, festivals, fairs, bicycling, kiteboarding, etc. are everyday affairs. It is impossible to be smitten by the infectious energy that these Santa Marina beaches have to offer, and whether you’re a local or a tourist, you’re bound to have the time of your life here.