Summer may be starting to draw to a close, but that doesn’t mean that New York is any less exciting. If you are looking for something to do to while away the last of those summer days, here are 10 late summer events worth attending in New York.

It is held each year in Otsiningo Park in Binghamton, with 2019 being its 35th year.

What exactly does this festival consist of?

Well, as you can tell from its name, it’s a celebration of the spiedie!

The spiedie is a meat-based sandwich that originated in Binghamton, although it is enjoyed throughout the state these days. Back in 1983, families used to argue over who had the best spiedie recipe, which is when the first Spiedie Fest Cooking Contest was held. The official Spiedie Fest and Ballon Rally Expo was then established the next year.

Where do the balloons come in?

Spiedie Fest also happens to be home to one of the best hot air balloon rallies in the entire country. In fact, more than 100,000 people attend the festival each year to check out this incredible spectacle.

While spiedies and balloons may be enough to tempt you, this three-day festival also features plenty of live music too, along with crafts, family-friendly activities, and even a petting zoo!

Want to immerse yourself in Asian culture?

Then head to Flushing Meadows Park in Queens for the 29th Annual Hong Kong Dragon Boat Festival. This popular multi-cultural event attracts more than 50,000 people each year, with around 2500 people from across the USA and Canada participating in the race. 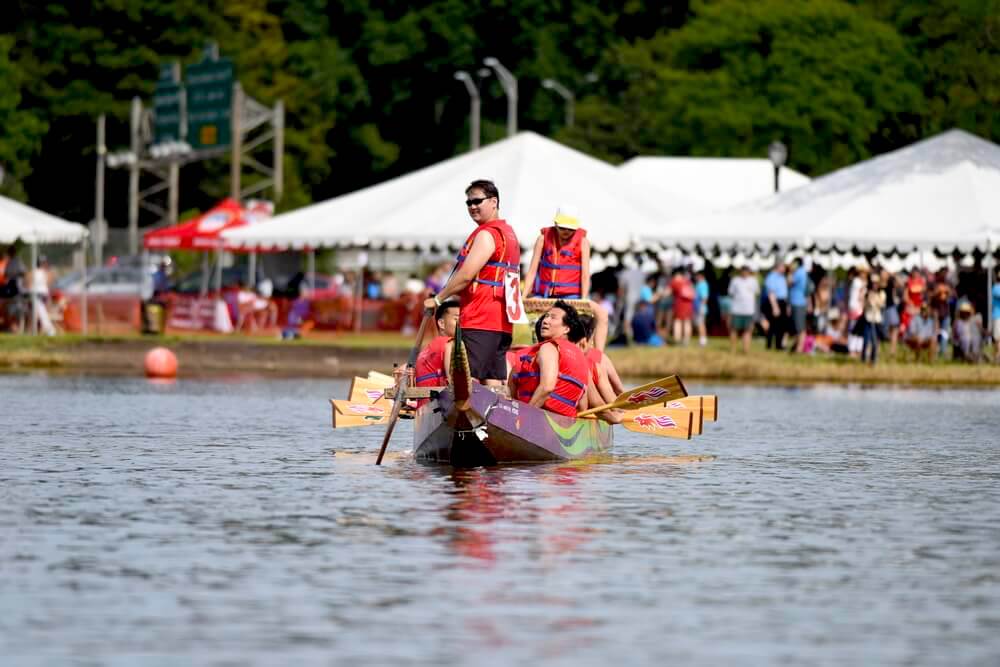 This festival runs for two days, with teams fiercely competing to win the US Dragon Boat Open Championships.

Of course, there is plenty of other entertainment on offer too, such as:

The Richmond County Fair has been running for 40 years now, with this year being a true celebration of how far the fair has come since its earliest days.

This country fair promises to be so much fun for the entire family, with over 100 different vendors, selling everything from gourmet foods to arts and crafts, to browse. There will also be plenty of fairground rides, with your ticket to the fair giving you unlimited access to each of these – something that your children will definitely make the most of!

Of course, being such a historic part of New York, history and heritage also play a big part in this annual fair. In addition to classic fairground features and live music, you will also come across costumed historians that will be demonstrating different historic trades.

Animal lovers will have so much fun watching the Open Livestock Show, featuring several different breeds. This is being held on the 10th of August.

For those of you who are skilled at baking, make sure that you take part in the 2019 Baking Contest. This year, the requirements state that your baked goods must be a German chocolate cake that has been made from scratch, with the prizes being cash and ribbons.

You will definitely find this in Jamestown on the 7th to 11th of August, all thanks to the Lucille Ball Comedy Festival.

The festival is hosted by the National Comedy Center, which is the very first museum in the country dedicated to comedy.

There are multiple events held during this festival, each one celebrating the finest talent when it comes to contemporary comedy, as well as historic legacies.

This year, you can expect to see John Mulaney and Sebastian Maniscalco performing at the festival, with both of these comedians being in very high demand across the country.

Tickets for this festival are expected to sell out pretty quickly, so make sure that you get yours soon!

If you love a good cocktail, then the New York Cocktail Expo is an event that you will definitely not want to miss.

It is being held at the Melrose Ballroom in Queens, and is famous for being the most-attended cocktail event in New York. 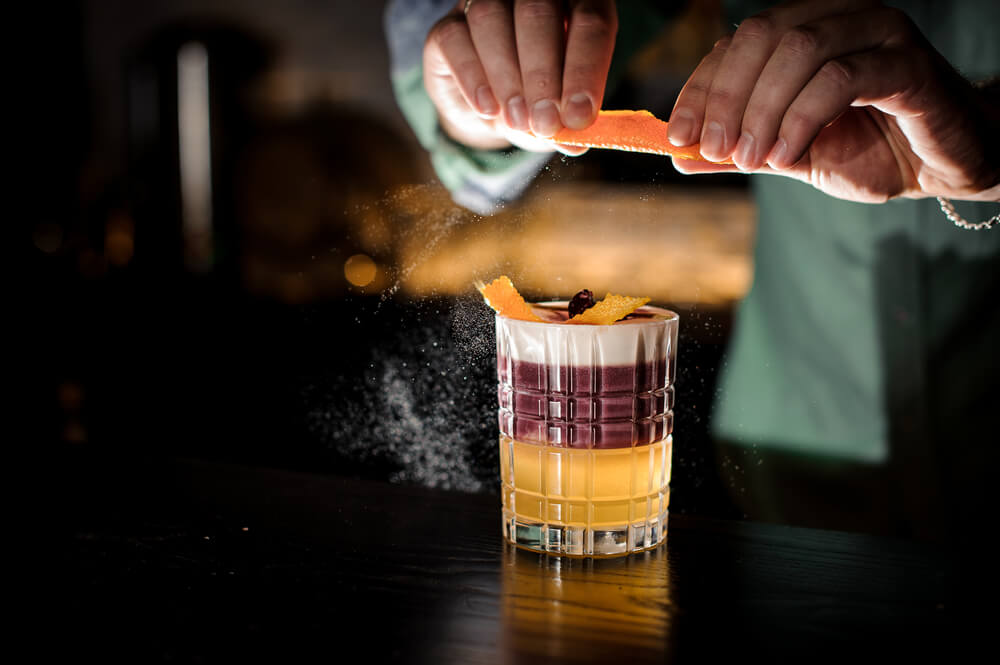 Several different distilleries participate in this event, with 2019 seeing more in presence than ever before.

Here are a few of the expo’s must-see features:

Wondering which cocktail bars will be in attendance?

Here are some that you might have heard of:

Held over 13 days, the Great New York State Fair attracts over a million people each year. It is the largest annual event in New York, and has now become a late summer tradition for many.

This is the fair’s 174th year, and it promises to be even bigger and better than ever.

Never been to the Great New York State Fair before?

You are probably wondering what to expect…

Well, this is a fair that celebrates everything from agriculture and education to entertainment and technology, making it incredibly diverse. From live animals to live music, this is an event that guarantees to be so much fun for the entire family.

For all of you foodies out there, you will love the food vendors and competitions at the fair. The Taste NY Food Truck Competition is always popular, featuring 40 different food trucks, each cooking up $3 samples of unique New York-related dishes.

Budding filmmakers will find a competition that appeals to them too – the NYS Drone Film Festival. This is open to participants from all over the world, and is dedicated to showcasing the stories that can be told through the use of drones.

Wondering where the fair is held?

It is located in Syracuse, which is pretty much at the center of the state. It is also relatively easily accessible from Philadelphia, Boston, Ottawa and Montreal, which is how the fair always manages to attract so many visitors from all over the country.

If so, you will really enjoy the Blues BBQ Festival, held at Hudson River Park.

This festival takes place every year, with this year being its 20th anniversary.

As you can tell from its name, there are two main focuses to this festival – blues music and barbecue.

When it comes to the music…

The lineup is pretty impressive, featuring artists from all over the country. Expect to see everyone from the World Famous Harlem Gospel Choir to Kevin Burt to Ruthie Foster.

What about the food?

The restaurants serving up delicious barbecue dishes include:

There will also be plenty of seasonal brews available, all from Sixpoint.

The event starts at 2pm and runs until 9pm, and will take place no matter what the weather may be like. Since this is a free event, there isn’t a single reason not to attend!

Craft beer is really soaring in popularity, and the Craft Brew Fest is all about celebrating and honoring this.

Located at the Brooklyn Navy Yard, you will find more than 100 different styles of craft beer to sample here, along with whiskey, cocktails and wine. 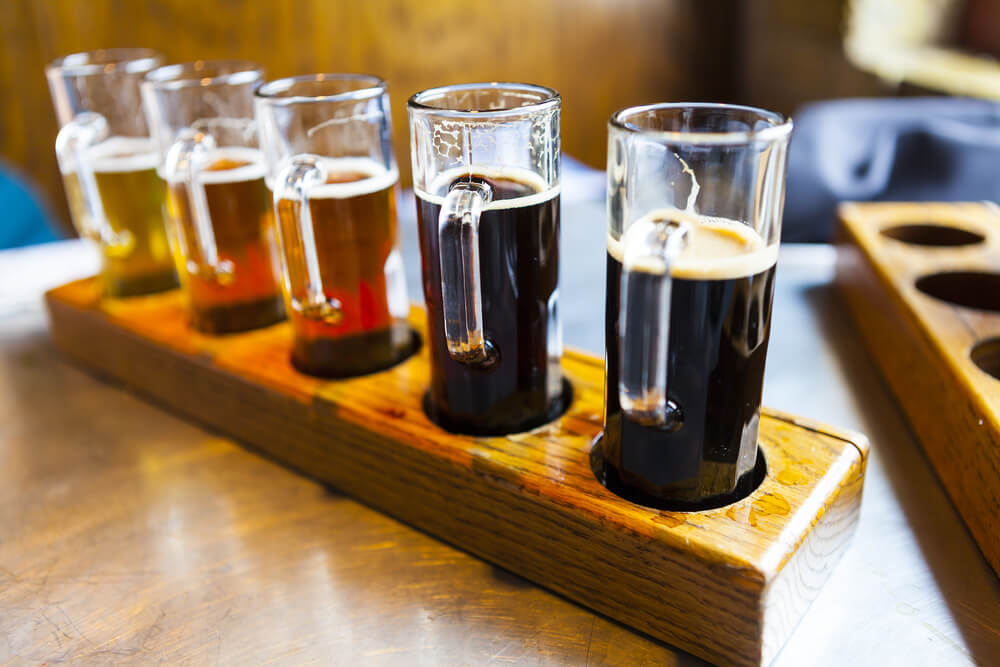 While the breweries in attendance come from all over the country, there is a particular focus on New York-based breweries.

Some of the names you may recognize include:

Your ticket includes a souvenir tasting glass which has a pour line measuring 2 ounces. You can then take this glass to the various brewers exhibiting at the festival, using it to sample each of their beers.

In addition to the beer available, there will also be several food vendors on-site, with both sweet and savory bites on offer, as well as live music.

Children are not allowed, and neither are pets. To enter, you must be aged 21 or above – make sure that you don’t forget to bring a photo ID!

The extravagant West Indian Day Parade is always filled with fun and energy, with around two million people gathering for this event each year.

Where is it held?

In Brooklyn, with the main parade taking place down the Eastern Parkway. The parade is the highlight of the event for many, featuring music and culture from various West Indian countries. Steel drums and whistles provide percussion, while parade participants throw powdered paint at each other as they make their way through the streets.

Although the parade itself only starts at 11am, there are plenty of pre-parade parties that you can attend too. These usually begin at around 6am, and there is usually at least one main pre-parade festival that you can check out.

You will be able to taste plenty of traditional island dishes, each one showcasing Caribbean culture and cuisine.

Fashionistas won’t need any reminders about New York Fashion Week – this is an event that so many people look forward to each and every year.

However, this year, things are being done a little differently…

With Tom Ford taking over as the chairman of the Council of Fashion Designers of America, some changes were to be expected.

One of the most noticeable differences this year is the fact that the shows and presentations will only be running for five days and nights, rather than the usual seven days and eight nights. 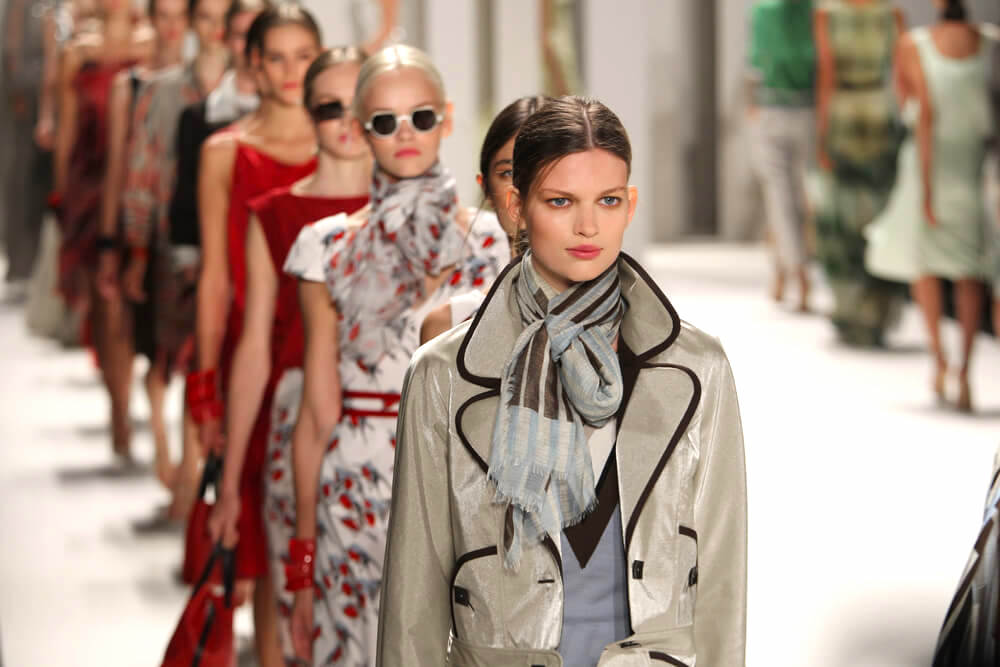 Because one of the main criticisms of New York Fashion Week has always been that it drags on in comparison to the other major fashion weeks around the world. This makes it much harder for buyers, as well as the international press, to attend all of the shows that they need to, especially since the London Fashion Week starts soon after.

The fact that the week has been shortened means that the lineup is much tighter too, with the schedule featuring the bigger names in fashion, rather than the smaller labels.

Of course, even if you are not able to make the big brand runway shows, there are plenty of other parties and pop-up events that you can attend instead. These all explore different aspects of fashion, and are just as educational as they are fun.

Many stores around the city will also be offering their own special offers and packages in celebration of New York Fashion Week, making this the perfect time to indulge in some retail therapy.

New York is fun no matter the time of the year, and there are always plenty of diverse events for both locals and tourists to attend. Whether you are into fine food and drink, or international culture and heritage, these 10 late summer events will keep you busy until the months of fall roll around.

And while you’re in the city, don’t forget to visit one of our four locations in the heart of NYC! Drop in for a quick facial, product demonstrations, or just some skin pampering to recover from your fashion extravaganza.