Discovered by Europeans in 1614, Boston Harbor has played a significant role in American history over the years. From taking a stroll along the Boston Harborwalk to visiting some of the Boston Harbor Islands, this guide showcases the very best that the area has to offer.

Boston Harborwalk
Stretching out around the piers, beaches, and coastline of Boston Harbor, the Boston Harborwalk currently runs for 38 miles, although this will extend to 47 once the trail has been fully completed. The Boston Harborwalk is lined with public art, from sculptures to memorials, and even has an interactive musical sculpture by Paul Matisse, the grandson of the famous painter Henri Matisse. The walk takes you through a number of fascinating sights and attractions, such as the historic India Wharf, the Zakim Bridge, and the New England Aquarium. In addition to this, the Boston Harborwalk also connects up with numerous other trails, from the Freedom Trail to the South Bay Harbor Trail to the Lower Neponset River Trail, making it quite easy to spend an entire day exploring the area on foot.

Boston Harbor Islands
One of the biggest highlights of Boston Harbor for many visitors are the Boston Harbor Islands, 34 of which are encompassed within the Boston Harbor Islands National Park. Each island is wonderfully steeped in history, with many fascinating sights to see. Lovells Island is home to Fort Standish, which dates back to World War I, while Little Brewster Island is home to the oldest continuously used lighthouse in the country. For those that would prefer to experience some local wildlife, Grape Island, which was primarily used for agriculture in the past, is the place to go. This island is filled with an abundance of berries, as well as wooded trails and a wildlife sanctuary that is managed by the Massachusetts Department of Conservation and Recreation. 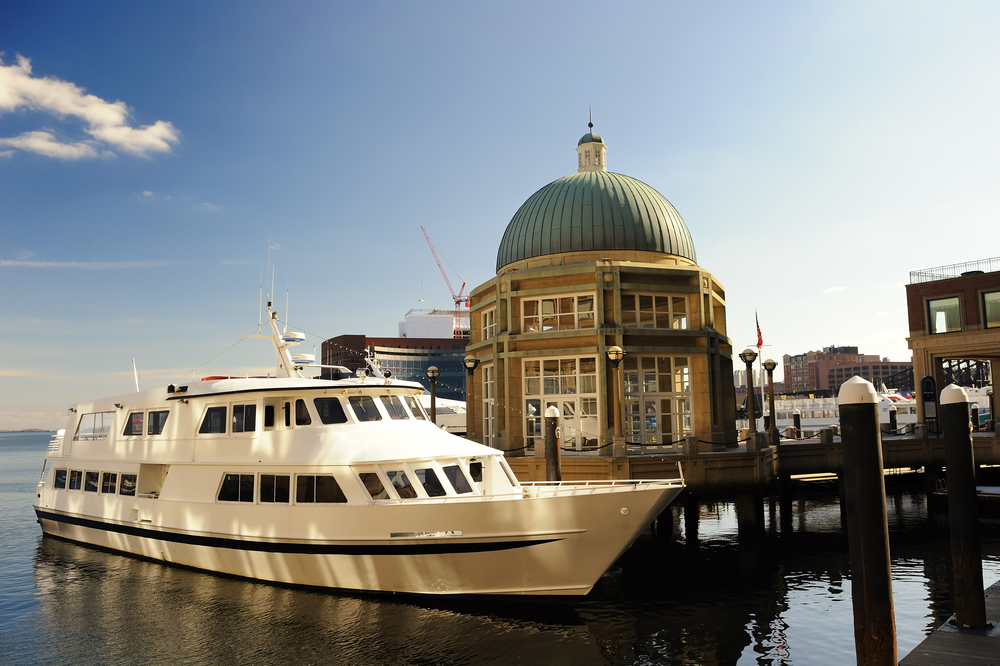 Boston Harbor Cruises
There are a number of cruises available from Boston Harbor, many of which take you past some of the most important historical sites in the area. The USS Constitution Cruise lasts for 45 minutes, and provides visitors with the opportunity to see Bunker Hill, the Old North Church, and the site of the Boston Tea Party. The Historic Harbor Cruise focuses on the complex history of Boston Harbor itself, tying this in with a visit to some of the Boston Harbor Islands, while the whale watching cruises available will take you into the Stellwagen Bank Marine Sanctuary, which is a rich feeding ground for whales and other marine life. For those that do not have the time for a leisurely cruise, there is also the opportunity of a ride in a speedboat, where you can check out the sights at a much more thrilling pace.

Being one of the busiest ports in the country, Boston Harbor is always packed with ships, barges and tugs, which can often make it feel quite intimidating to a first-time visitor. However, once you look deeper into all that the area has to offer, you will be able to appreciate its rich sense of history and heritage, as well as the diversity of activities available.