Located in Singapore’s Chinatown district, the Buddha Tooth Relic Temple was built quite recently in 2007. While this may be the case, the vibrant interior of the temple provides a fascinating insight into the story of Buddhism over the years, with numerous museum displays available to teach visitors more about the history and culture of the Buddhist way of life.Architecture and Design
Even though the temple itself is quite a new structure, its architecture and design reflect elements from the Tang Dynasty, as well as the Buddhist Mandala, which is a Buddhist symbol that represents the universe. Since the temple was built to house a canine tooth from Buddha, this is where it obtained its name from. 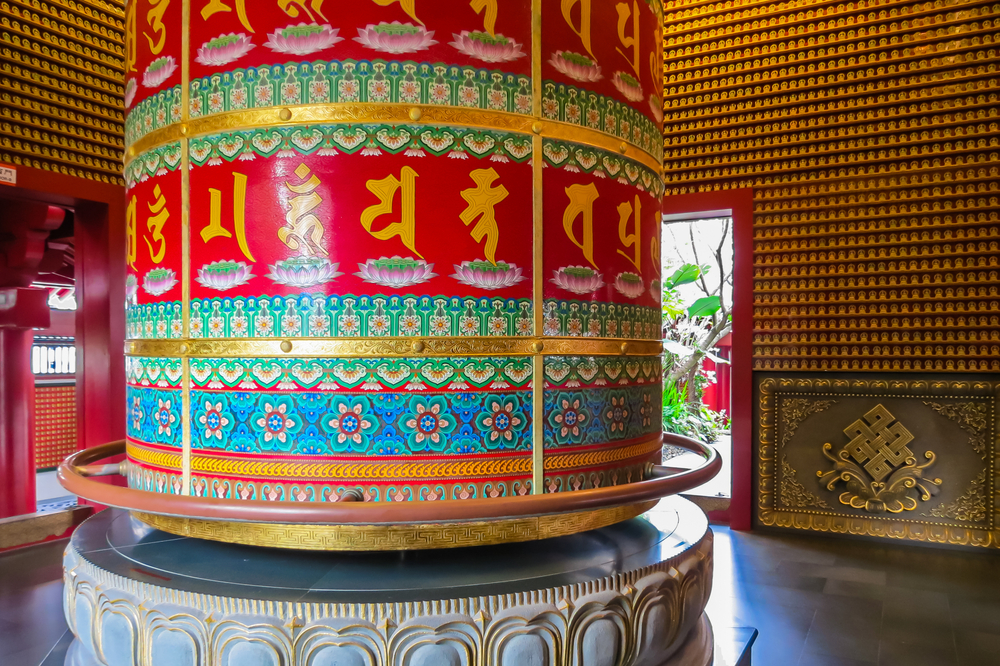 Sacred Relics
The temple was originally built to house a tooth relic that is believed to have come from the historical Buddha, and this is one of the main attractions within the temple. Found in the Sacred Light Hall on the fourth floor, the Buddha Tooth Relic is housed in a huge stupa that weighs 3500 kilograms and contains 320 kilograms of gold. While only Buddhist monks are allowed to actually enter the relic chamber, there is a public viewing area from which you can take a look at the tooth relic, and this is open twice a day. In addition to the giant stupa and the tooth relic, the temple is also home to many other revered Buddhist artifacts, as well as the Eminent Sangha Museum, which is a theatre that specializes in cultural performances and movie screenings.

Taking a Tour of the Buddha Tooth Relic Temple
There is no admission fee for the Buddha Tooth Relic Temple, meaning that visitors are free to enter and explore it in their own time. However, for those who are wanting more of an educational experience, the guided tours are definitely worth taking. These take about two hours each and will lead you through all four floors of the temple, as well as the different halls within them, from the Hundred Dragons Hall, where you will find one hundred Buddha statues, to the Universal Wisdom Hall, which boasts handcrafted works of art. 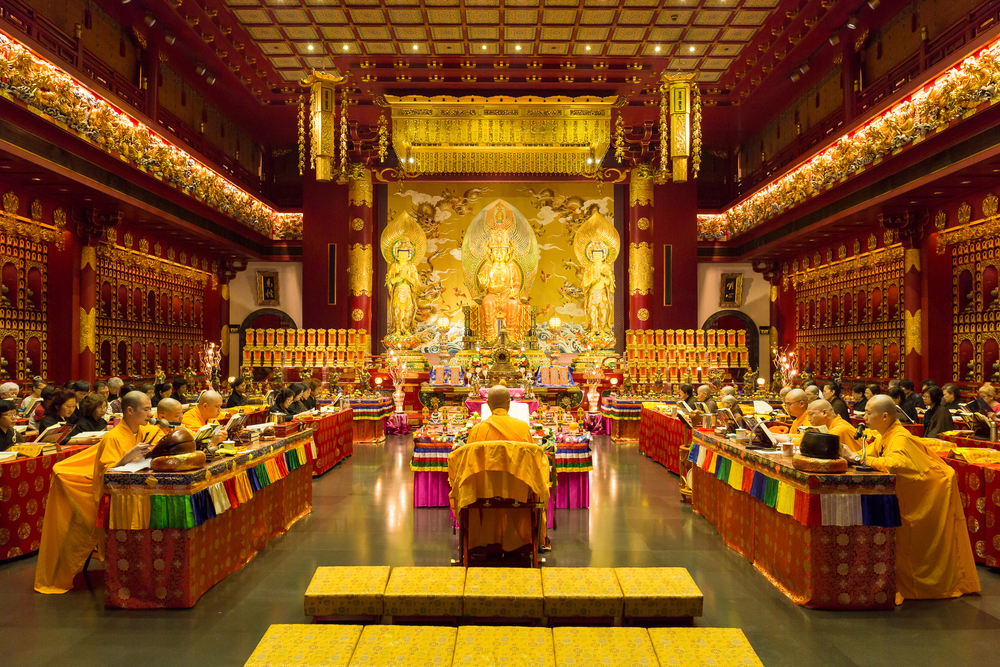 The Teahouse
Once you have explored the temple, do take some time to stop off at the small teahouse, which can be found on the temple’s second floor. In addition to being served tea, the teahouse also serves up simple but delicious vegetarian cuisine, making this a great place for a quick bite to eat.

When visiting the Buddha Tooth Relic Temple, keep in mind that this is a religious place of worship, meaning that respectful attire needs to be worn. On most days of the week, the temple hosts special events and ceremonies, which visitors are allowed to attend and photograph, so do check their website in advance if you are hoping to catch one of these. Since the temple is located in the heart of Chinatown, there are many other cultural attractions within walking distance, so do take the time to explore the surrounding area too.