Located in Gombak, Selangor, just 13 kilometres north of Kuala Lumpur, the Batu Caves and its Hindu temple is an iconic tourist attraction, attracting thousands of visitors each year. For those planning to take a trip to the Batu Caves from Kuala Lumpur, this is your go-to guide to all that you need to know.

How to Get to the Batu Caves
While there are several organized tours that can take you to the Batu Caves and its temple, it is often much easier to arrange the journey yourself. Taxis are one option, or, alternatively, for some extra local flavor, take the train from KL Sentral Railway Station, which will drop you right off at the Batu Caves Station just eight stops away. Trains travel to the Batu Caves every half an hour, making it easy and convenient to plan your trip.

What to Expect
The limestone that forms the Batu Caves is believed to be around 400 million years old, making this an important historic site. There are four main attractions that you will see here, with the first being the Main Cave, also known as the Temple Cave or the Cathedral Cave, and is accessed by a flight of 272 steps. Once you reach the top, you will see the 42 meter high gold statue of Lord Muragan standing guard, with high, vaulted ceilings looming overhead. 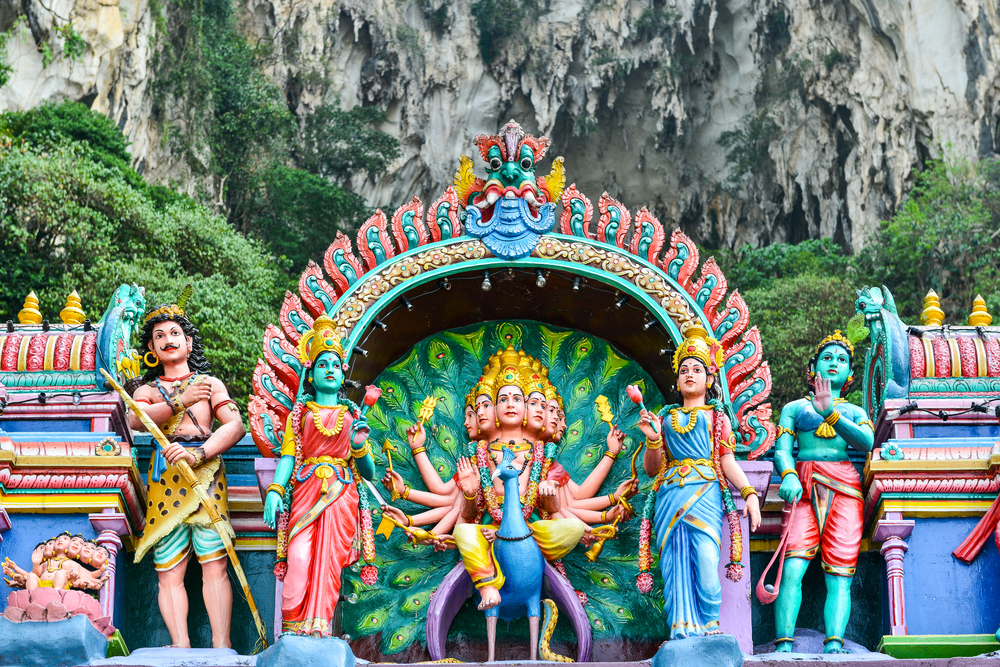 Next up is the Dark Cave, which is said to be home to the Trapdoor Spider, the rarest in the world, with a part of the cave being preserved as a conservation site. For those who are not able to climb the steps to those two caves, the Cave Villa lies at the foot of the limestone hill, and boasts a range of exhibits, featuring paintings and statues, that depict characters from Hindu mythology. The Ramayana Cave is the final one that you will see, and the entrance to this is located just near the 15 meter tall statue of Ramayana, the Hindu monkey God. Inside this cave is plenty of colorful lights and exhibits to see, making it almost resemble a sort of Hindu theme park.

Organized Tour Options
While travelling to the caves on your own will give you more time to explore all of the many sights to see here, an organized tour is still a great idea if you are short on time, or if you want a guide to explain the different features that you will come across during your trip. The majority of the tour options available are half day ones, but also include a couple of extra sights in addition to the Batu Caves. From firefly watching by the Selangor River to a visit to the Batik Centre to learn about traditional Malaysian cloth-dying techniques, to a shopping trip to handicraft stalls, decide which of these sights you would want to also see before picking an organized tour.

There is so much to see at the Batu Caves that it is well worth scheduling a good few hours for your visit. From learning about the bat population in the Dark Cave to admiring the religious structures in the Temple Cave, a visit to the Batu Caves is guaranteed to not only be inspirational, but also extremely educational.