A Day in Madrid’s Main Square

Known as Plaza Mayor, Madrid’s main square can be found at the heart of the city, in its historic center. Although the square was originally designed in 1560, construction only started in 1617, although it has had to be reconstructed several times over the years due to a number of fires causing damage. Through the course of history, Plaza Mayor has served as everything from a bullfighting ring to a venue for royal weddings, and, today, is the perfect spot to spend the day soaking up Madrid’s heritage and culture.

Stamp and Coin Market
If you are visiting Plaza Mayor on a Sunday, then exploring the weekly Stamp and Coin Market is a must. Even if you are not a collector, this market is so full of life, with stands surrounding the main square, as well as plenty of covered tables around these. There are over two acres of stalls to see here, a number of which belong to professional dealers, making this a great spot to bag ourself a bargain. 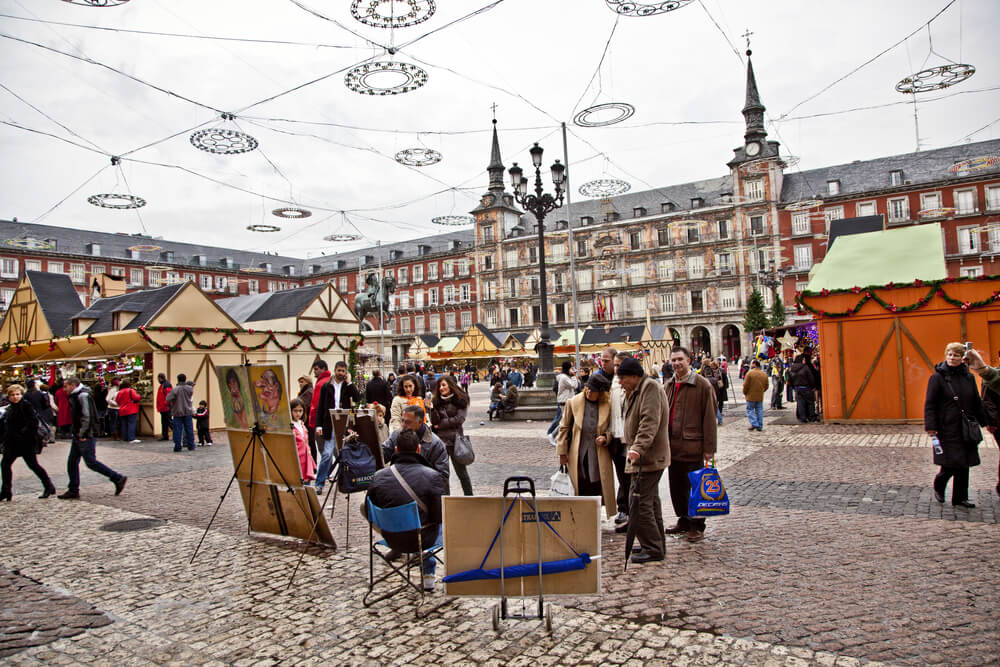 Streetside Entertainment
As you stroll around the main square, you will likely notice several street entertainers, no matter the time or day of the week. These range from street theatre shows to live portrait painters, ensuring that there is always a hub of excitement going on in Plaza Mayor.

The Calamari Sandwich
Madrid has a number of culinary specialities that definitely need to be tried when visiting the city, and one of these is the calamari sandwich. This is especially popular around Plaza Mayor, and just about every café and restaurant here will serve up their own version of this dish. Consisting of a bread bun that has been filled with calamari, which has been battered and then fried, this sandwich is best enjoyed outdoors in the sun, along with an ice cold local beer.

Sabrino de Botin
If you are still feeling slightly peckish after your calamari sandwich, head on over to Sabrino de Botin. This restaurant has earned itself a place in the Guinness Book of Records, because, being founded in 1725, it is recognized as being the oldest eatery in the entire world. There are many local classics that can be tasted here, but there tapas dishes are definitely one of the highlights. 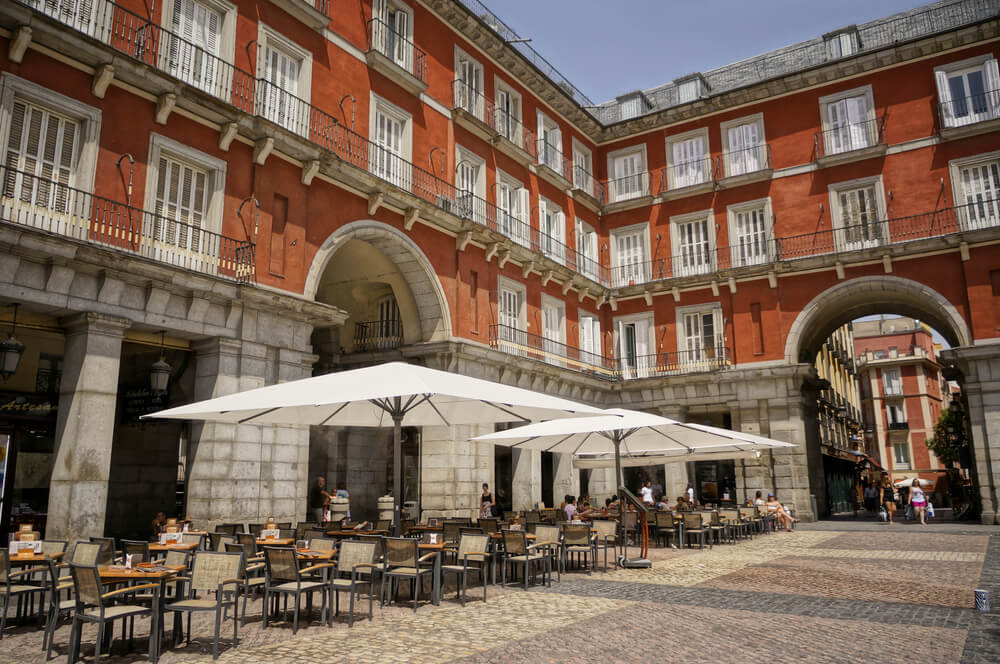 Casa de la Panaderia
After your lunch, spend some time exploring the Casa de la Panaderia, which is one of the most iconic buildings around Plaza Mayor. This four storey building was completed in 1619, although it has been renovated and restored several times over the years. It is currently home to the Madrid Tourist Board and the Madrid Tourism Center, making it a great spot to visit if you are looking for more details on how to spend the rest of your time in Madrid. At the top of the building you will see the royal Spanish coat of arms, which are from the reign of Carlos II.

With its cobblestone streets, imposing architecture and picturesque surroundings, there is no denying the fact that Plaza Mayor is one of the prettiest open spaces in the entire city. Whether you spend the day soaking up its history and architecture, or take a few hours to bar hop around the many tapas bars that are situated here, you will no doubt have a spectacular day at Plaza Mayor.