London has a number of world-famous sights and monuments, and these are usually at the top of the priority list for first-time visitors. However, for those that have visited London before, and now want to see a side of the city that the majority of tourists do not really experience, these are some of London’s less-publicized can’t miss spots.

Richmond Park
Not only is Richmond Park the largest of London’s eight royal parks, but it is also the biggest enclosed space in the city, and is a popular spot amongst both visitors as well as locals. The park was originally created in the 17th century by Charles I, and was intended to be a deer park. Today, Richmond Park is still home to a large deer population, with over 300 Red Deer and 350 Fallow Deer, making it a unique wildlife haven in the middle of one of the busiest cities in the world. In addition to the wildlife, there is plenty more to see here, from the ornamental Isabella Plantation to the views from King Henry’s Mound.

B.Y.O.C
B.Y.O.C is a cocktail bar with a difference. Inspired by the speakeasy of 1920’s America, B.Y.O.C invites their guests to bring along a bottle of their favorite spirit. After handing this over to the bar, the team of skilled bartenders will use their delicious array of homemade syrups, juices and bitters to come up with one-of-a-kind cocktail creations for you, based on your own personal preferences. 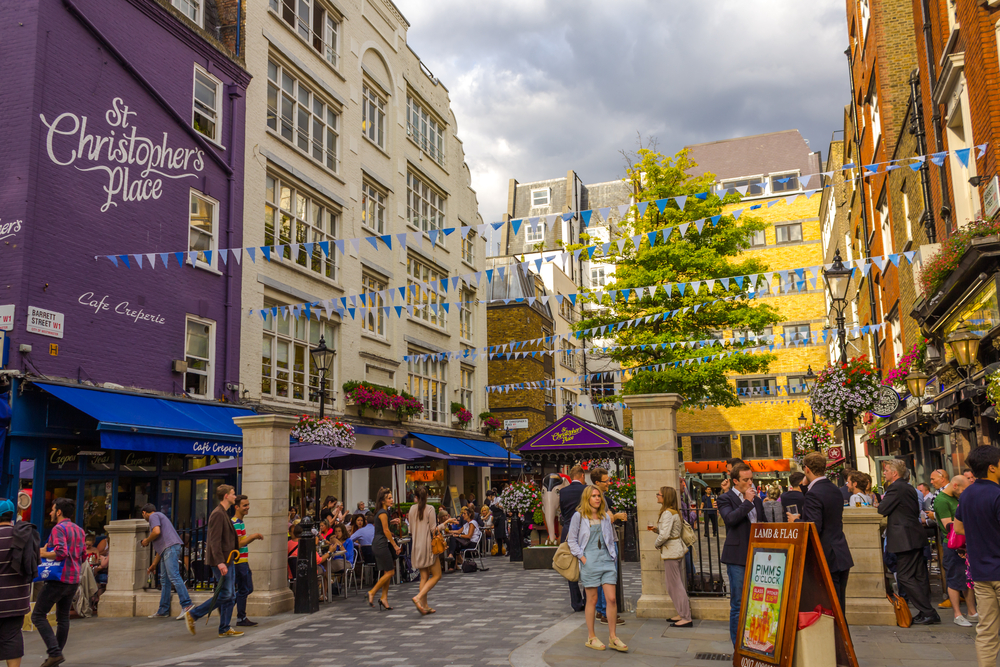 Flat Iron Steakhouse
Being quite a trendy eatery at the moment, and one that does not take reservations, expect to be waiting a while when you first arrive at the Flat Iron Steakhouse, but do not let this put you off. This single order restaurant, that of course features flat iron steaks, produces perfectly cooked medium-rare steaks that are always juicy to the bite and are served up at the restaurant’s communal tables. This is a restaurant that originated as a temporary pop-up, but thanks to the quality of the food served up here, it was not long before they made quite the name for themselves, and opened up a permanent location in Soho.

London is home to so many different captivating spots, that even those who have lived in the city for all of their lives are likely to not have experienced them all. From the hustle and bustle of St. Christopher’s Place to the privacy and intimacy of B.Y.O.C, these spots are all worth checking out the next time you are in the city.