With over 800 miles of shimmering coastline, California is home to a number of unique beach towns, each with their own individual character, sense of beauty, and laid-back vibe. Whether you happen to be seeking out a romantic getaway or a sun-soaked destination for a family vacation, these Californian beach towns are all worth checking out.

Avila Beach
Avila was once the victim of decades of oil and gas leakages, leading to the waterfront being completely demolished in order to thoroughly clean it up. Now, the town is once again home to new hotels, shops and restaurants, and while the pristine boardwalk may provide hours of entertainment, it is the beach that most visitors come to see. Facing south instead of west, Avila Beach is one of the warmest and sunniest in California, and, with its location protecting it from big waves and strong winds, it is also one of the most child-friendly beaches in the region.

Cayucos
Cayucos is a small beach town that prides itself on being a quintessential Californian surf town, as it has managed to remain relatively untouched from all of the over-development that has occurred around it. There are a number of 19th-century buildings that are still standing in Cayucos, bringing back the era of steamers and rum runners, but one of the town’s greatest attractions is its coastline, with miles of pure white sand. 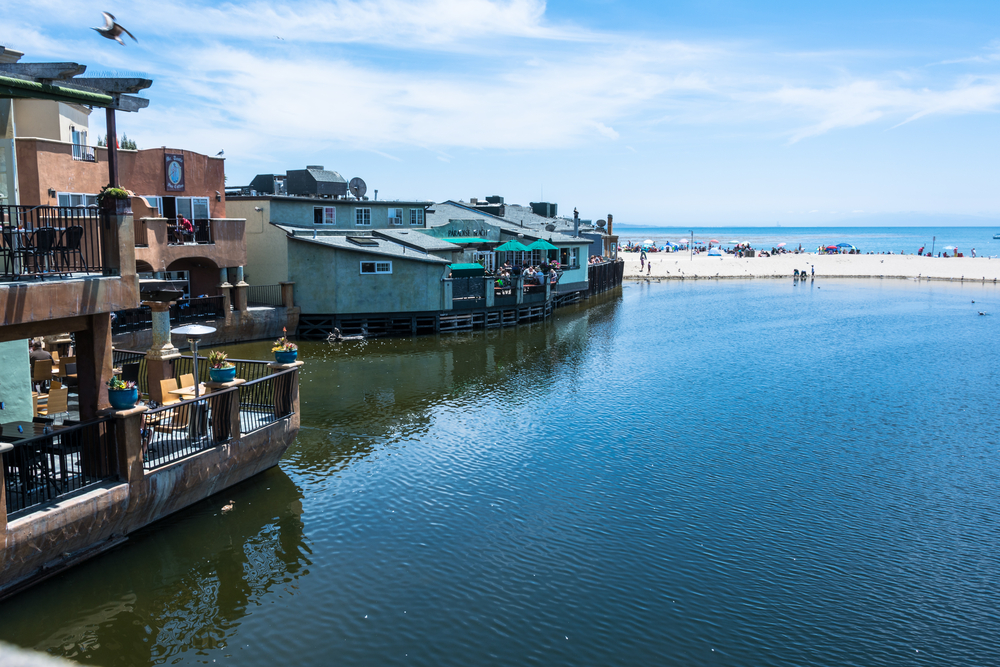 Capitola
Otherwise known as Capitola-by-the-Sea, Capitola dates back to the 1860s, making it one of California’s oldest resort towns. It was in the 1920s that Capitola took on a more Mediterranean vibe, and this is something that it has managed to retain to this day, making it feel as though you are on the Italian coast, but with Californian waves. It is Capitola’s iconic surf that encouraged wetsuit manufacturer O’Neill to build their headquarters nearby, and thousands of people are lured to the town each day to make the most of these ultimate waves.

Cambria
Situated halfway between San Francisco and Los Angeles, Cambria not only has several miles of stunning coastline, but is also bordered by lush green hills, alluding to the origins of its Welsh name. With its 19th century cottages surrounded by charming gardens, this beach town is most certainly quaint, but still has a strong relaxed Californian feel. Cambria’s most popular attraction is no doubt Moonstone Beach, beautiful enough to astound even the most seasoned coastal traveller, and there are a number of local inns dotted along the coastline for those who want to make the most of their spectacular surroundings.

California is known for its beach towns, and while there are many that are well-known all over the world, there are definitely plenty of advantages to visiting one of these hidden gems. From some of the most breathtaking scenery that the state has to offer, to mile upon mile of empty beach that you can have all to yourself, there is nothing quite like a relaxing getaway in one of the many beach towns along the Golden State’s coastline.