While Mexico City may seem to have it all, a break from the hustle and bustle of the city is sometimes necessary. Whether you want to immerse yourself in history or soak up some art, these are some of the best day trips that you can take from Mexico City.

Teotihuacan
Located about half an hour from the city center, the ancient city of Teotihuacan is the most famous archaeological site near Mexico City. This UNESCO World Heritage Site is home to pyramids and ruins from the Mesoamerican settlement, including the Pyramids of the Sun and the Moon. Both of these can be climbed by visitors, and while a straight climb up to the top of each would only take about a quarter of an hour each, do not forget that this site is extremely popular with tourists, meaning that negotiating the queues can often take a couple of hours.

Toluca
For those looking for a day trip filled with art and culture, then Toluca, which is less than an hour’s drive away from Mexico City, is the destination for you. Toluca is absolutely packed with museums, from the Museo de Bellas Artes to the Centro Cultural Mexiquense, and the entire day could easily be spent browsing through the many museum collections here. In addition to being known for its art and culture, Toluca is also the chorizo capital of Mexico, so be sure to leave enough time for some chorizo tasting too. 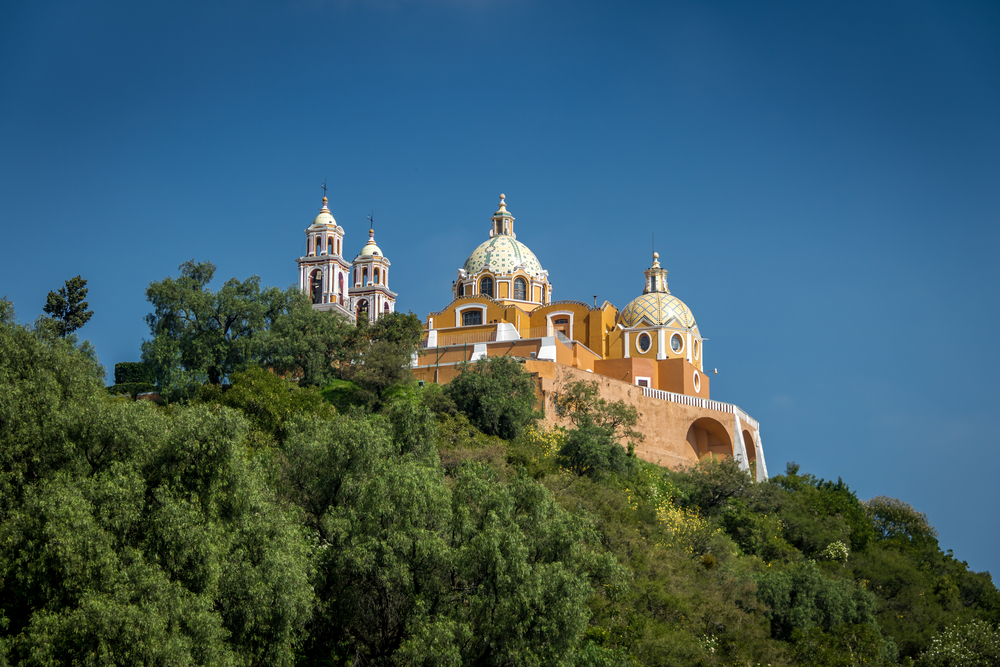 Cholula
Located in Puebla, Cholula is a quiet town that offers unbeatable views of the Iztaccihuatl and Popocatepetl Mountains, and is one of the most important of colonial towns in Mexico. The architecture that you will find here tends to be the highlight of a visit to Cholula, with vibrant colors all over, and more than 40 different incredible churches to be explored. The beauty of these churches comes from their diverse architectural styles, with everything from Gothic to Neoclassical influences easily seen. Cholula is also home to the Pyramid Tepanapa, which is famous for being the largest pyramid in the world by volume.

Santiago de Queretaro
Santiago de Queretaro is the state capital of Queretaro, and can be reached from Mexico City in just over two and a half hours. Not only is it known for being one of the safest cities in Mexico, but the city’s historic center is also listed as a UNESCO World Heritage Site, with its captivating array of churches, convents and museums all waiting to be discovered. In addition to the culture and architecture, Santiago de Queretaro also has quite the up-and-coming vineyard scene, and is known for producing some truly exquisite fine wines.

While Mexico City itself has so much to offer, it would be a shame to visit the area and not take advantage of all of the incredible day trips that can be had. From the ancient city of Teotihuacan to the colonial town of Choloula, be sure to schedule enough time on your vacation to squeeze a few of these day trips in.