The bustling and vibrant epicenter of the Virgin Islands, most notably due to the fact that it is home to the only airport on the archipelago, as well as the busiest cruise ship port in the West Indies, the island of St. Thomas measures just 13 miles long and 4 miles wide. While St. Thomas may be small in size, it more than makes up for this with its rich and fascinating history, as well as with the diverse range of landmarks and activities that can be found on the island.

History and Culture
While St. Thomas was originally inhabited by Indian populations, this plummeted in the 1600s, mostly due to diseases brought in by the Europeans, as well as raids carried out by Spanish settlers from neighboring islands. The Spanish left the island unguarded, opening it up to pirates that began to call it home, creating small and temporary settlements. It was not long before the Europeans decided to intervene yet again, with the Danish taking control of the Virgin Islands in 1754. Slavery was rife here at the time, but after a particularly hot summer, in which slaves were treated even more inhumanely than usual, they rebelled, and slavery was abolished across the entire Danish West Indes in 1848. In 1917, the US purchased the Virgin Islands from Denmark, and ever since the 1950’s, tourism has thrived here, with visitors seeking out St. Thomas’ history, culture, and breathtaking environment.

Sights to See
Although St. Thomas may be small, there is plenty to see and do, with Charlotte Amalie usually being the first area visited by tourists, mostly due to the history behind it, as well as the fantastic array of shops that can be found here. Floating just a stone’s throw away from Charlotte Amalie is Water Island, which is fantastic for a short trip as it will give you the chance to experience a more remote and secluded way of life. For those who want to learn more about the region’s marine life, a visit to the Coral World Ocean Park is worthwhile, as are the many day sailing and snorkeling trips that are offered. Another sight that should not be missed is the Mountain Top, which stands at an impressive 1500 feet above sea level, offering panoramic views across both the British and US Virgin Islands, with the view being voted as one of the best in the world by National Geographic. 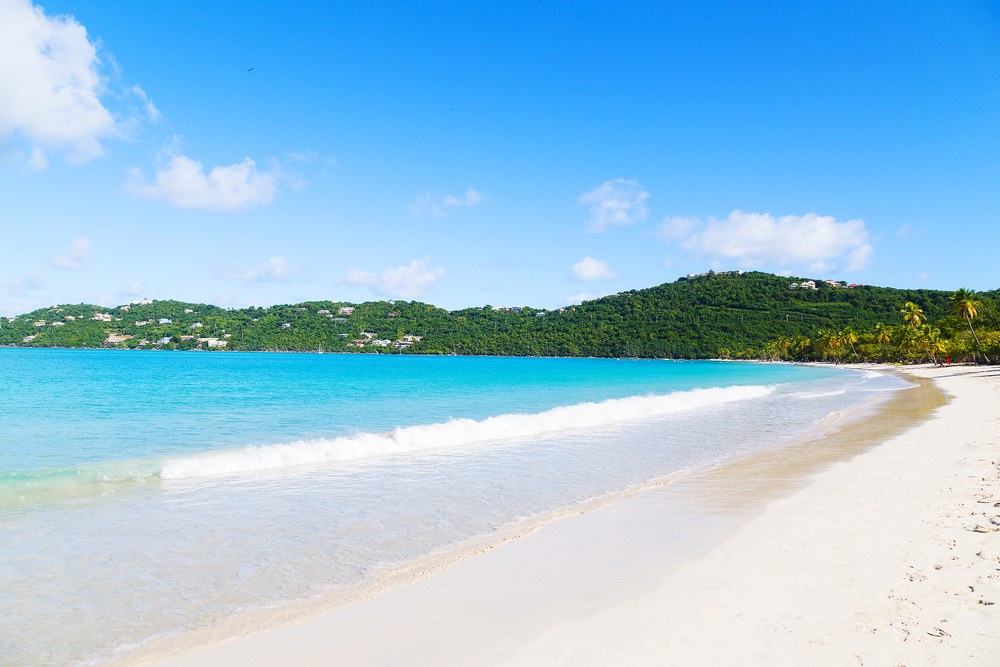 Beaches to Visit
The beaches on St. Thomas are known for their sugary white sand and sparkling turquoise water, with the most picturesque of them all being Magens Bay. While the water here is calm and the scenery outstanding, it is not the best area for snorkeling, and the crowds here can often make lounging on the beach quite uncomfortable. For those who want to try out some watersports, which is always recommended on St. Thomas, Coki Point Beach is where to go, as well as Sapphire Beach on the east end of the island. Some of the island’s more hidden and intimate beaches are Vessup Bay and Hull Bay, and while there may not be many facilities here, they both offer a much more tranquil experience than the other St. Thomas beaches.

While St. Thomas may no longer be home to swarms of pirates, there are still plenty of treasures to be found. From the magical underwater world waiting to be explored to the enthralling history and culture that surrounds the island, St. Thomas may be the busiest spot on the Virgin Islands, but it is also one of the most interesting.