The Magic of Bavaria

Famous for being one of the most beautiful, and versatile, regions of Germany, Bavaria is the most popular holiday state in the country, and makes for the perfect year-round travel destination. With everything from untouched Alpine scenery to fairy tale lakes and gurgling rivers to quaint, historic towns, here are some of the best spots to head to if you want to truly experience the one-of-a-kind magic of Bavaria.

Fussen
With a 700 year history at the southern tip of the Romantic Road, Fussen has long since been one of the top Bavarian towns to visit. Fussen is most famous for its violin production industry, and the Fussen Heritage Museum is where you can go to learn more about this. The town itself is located 1200 meters above sea level, and is framed with sparkling freshwater lakes and looming mountainous peaks, making it quite the scenic destination. To top it all off, the town is overlooked by the magnificent Neuschwanstein Castle, which is one of the most popular castles in all of Europe, attracting almost 1.5 million visitors each year. 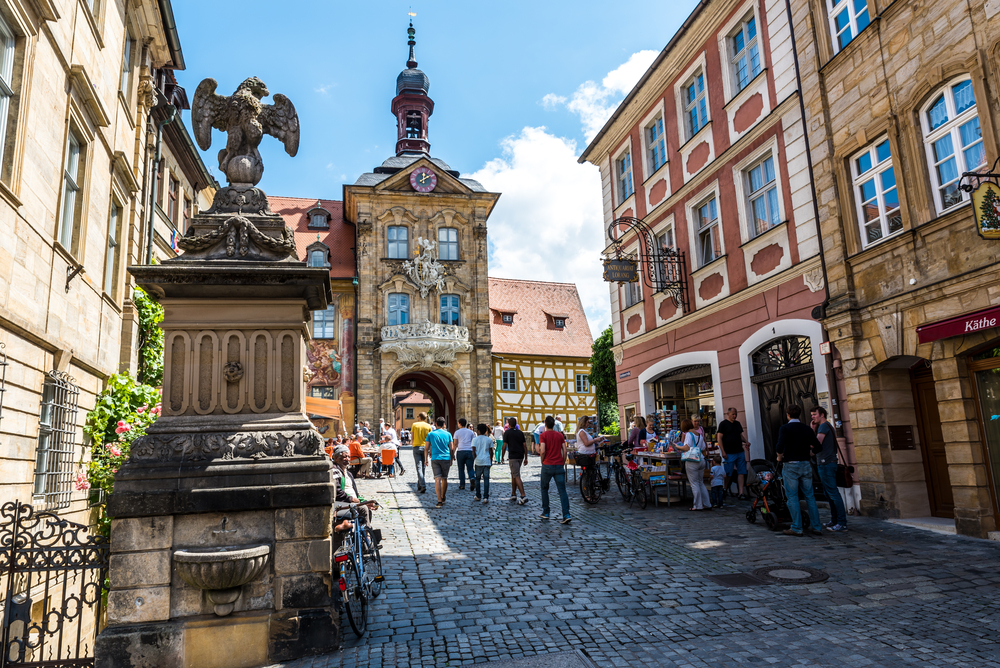 With its Old Town designated a UNESCO World Heritage Site in 1993, Bamberg has frequently been voted as one of the most beautiful settlements in the country, mostly due to its colorful labyrinth of narrow medieval streets. Another of Bamberg’s highlights is the many local breweries that can be found within the town, all of which offer samples for visitors to taste. In addition to the architecture and breweries, there are a few historical sites that are worth visiting, such as the Baroque Residenz and the four spire cathedral, all of which make Bamberg a fantastic Bavarian day trip destination.

Lake Chiemsee
The largest lake in Bavaria, Lake Chiemsee extends out for over 80 square kilometers, and boasts a spectacular backdrop of the Chiemgau Alps. While scenic during the wintertime, Lake Chiemsee makes for a better summer vacation spot, as the lake turns into a hive of activity with everything from sailing to windsurfing to swimming. Within the lake are several islands, one of which is home to the fairy-tale-like Herrenchiemsee Castle, as well as Frauenworth, a 1200 year old Benedictine abbey. ‘

Bavaria’s incredible natural beauty and deep historic roots attracts visitors from all over the world. This is a region of the country that is quintessentially German, and there is so much to be gained from spending some time here.