The Central Town of Kaunakakai

While Kaunakakai may be the largest and main town on the Hawaiian island of Molokai, it remains relatively unchanged from the early 1900’s, boasting a quaint charm that cannot be found elsewhere. From the shops and boutiques of Ala Malama Avenue to the longest pier in the state, these are some of Kaunakakai’s highlights.

Church Row
Church Row can be found directly opposite the Kapuaiwa Coconut Beach Park, making it extremely convenient to combine a visit to both. Here you will find seven small missionary churches, some of which date back to the late 19th century, and all of which show just how important religion is on the island of Molokai.

Ala Malama Avenue
Ala Malama Avenue is Kaunakakai’s main strip, and is home to several local shops and boutiques. Nevertheless, it is still not as commercialized and tourist-driven as some other Hawaiian towns, making it well worth a visit. While there are many stores to browse here, one that you simply have to stop off at is the famous Kanemitsu’s Bakery, which is quite the institution on the island, and you are likely to see many locals queuing up at the entrance for a hot loaf of freshly baked bread. For those visiting Kaunakakai on a Saturday, there is a weekly outdoor market held here where you will be able to find a number of local goods.

Kaunakakai Harbor and Pier
The pier at Kaunakakai Harbor is famous for being the longest in the state, stretching out for 580 meters. Other than a small designated swimming area, there is not much to do here, but the pier definitely warrants a leisurely stroll. From the end of it, you will be rewarded with stunning views of Molokai’s south coast, as well as a distant view of Lanai. Locals also use the pier for fishing, which is a popular sport on the island, with the fall and winter months being peak fishing season at Kaunakakai. 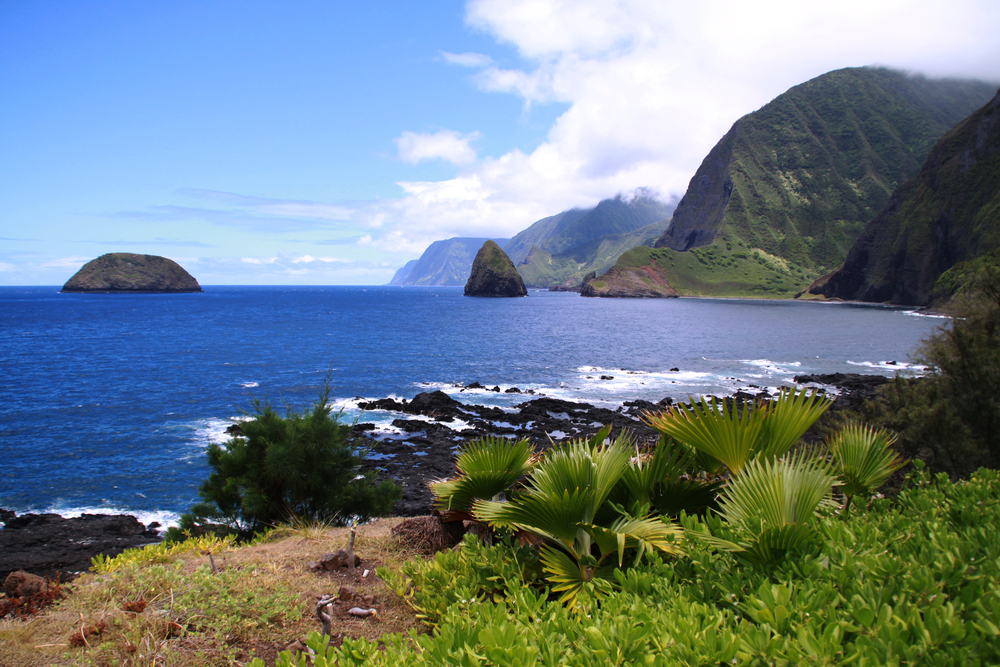 Kapuaiwa Coconut Beach Park
The Kapuaiwa Coconut Beach Park is an ancient coconut grove that was originally planted during the reign of King Kamehameha V, in the 1860’s. With hundreds of coconut palm trees dotting the landscape, this is one of the most recognizable natural landmarks on the island, and is one that attracts many visitors each year. However, be aware that exploring the grounds of the grove itself can often be quite dangerous due to falling coconuts, but there are many viewpoints surrounding it from where you can enjoy your surroundings.

Kamiloloa Beach
The main beach at Kaunakakai is Kamiloloa Beach, which is located on the south shore of the island. While this beach is great for an afternoon picnic or relaxing on the sand, the water here is shallow and rocky, and usually brown instead of blue, so the usual Hawaiian watersports are not recommended.

While Kaunakakai may not be as busy or bustling as other Hawaiian towns, it has a sense of serenity and nostalgia that really needs to be experienced in order to be appreciated. From exploring the area around the historic coconut grove to fishing off the pier, be sure to save some time for Kaunakakai the next time you are visiting Molokai.