Nightlife in the Big Apple

No matter what type of nightlife you may prefer, you can be sure that you will find it in New York. From sophisticated cocktail bars to hip-swaying dance clubs, this guide will tell you exactly where to go for the very best of New York City’s nightlife.

East Village
New York’s East Village seems to have an almost inexhaustible grid of unique but sophisticated bars, with a particularly popular spot being Nublu, which focuses on avant-garde acts alongside a European beer selection. Booker and Dax is a tech-forward cocktail bar that makes use of a number of impressive molecular gastronomy techniques, while Pouring Ribbons features an ever-changing cocktail menu. For those who just want to have a beer in a casual environment, McSorley’s Old Ale House is the place to go, as this pub, which was established all the way back in 1854, is quite the New York institution.

Chelsea
While the clubs in Chelsea would not exactly be considered cutting edge, this neighborhood is home to some fantastic bars that are definitely worth visiting. The Flatiron Lounge is famous for its creative drinks, such as the jasmine-infused vodka served with a white peach puree, while Porchlight is a sleek, Southern-inspired cocktail lounge that serves up redefined classics. Gallow Green, an overgrown rooftop bar, is also not to be missed, as the trees and shrubs that fill the space, along with the brass band that meanders through them, creates quite the atmosphere.

SoHo
SoHo is home to some of New York’s best beer and wine bars, such as the City Winery, which is the only fully functioning winery in New York, and also has a concert space where you can catch some great live music acts. Houston Hall is another popular choice, and is a lively beer barn that can often become quite boisterous, so for those wanting an intimate evening with plenty of conversation, this is not the venue to go to. Comedy Cellar is also worth stopping by at, as you are likely to be able to catch a set no matter the night of the week. 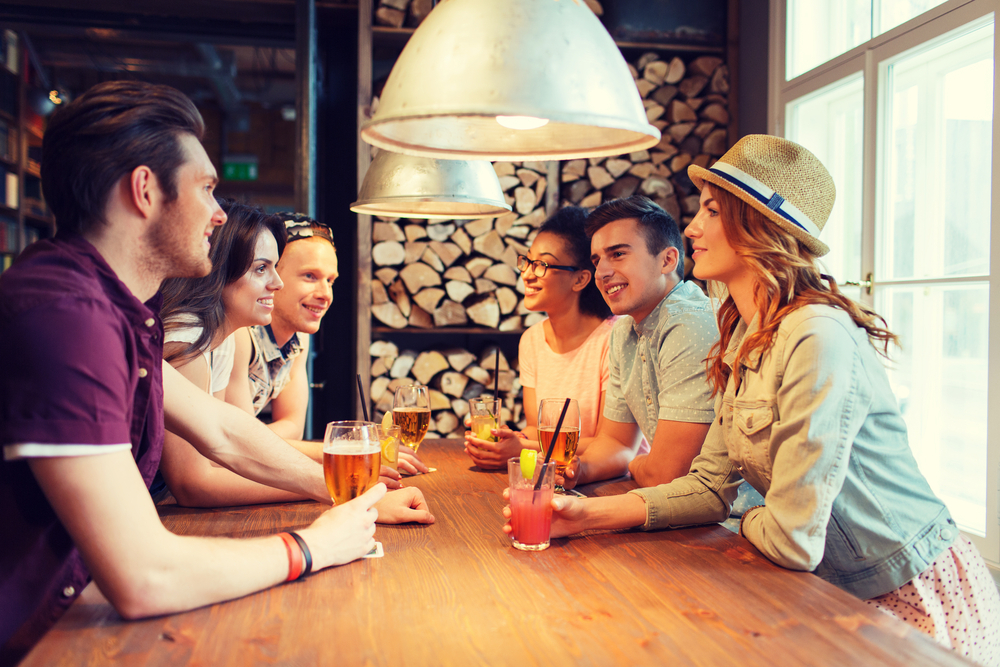 Meatpacking District
Considered to be one of Manhattan’s most glamorous neighborhoods, it is no surprise that the Meatpacking District is home to some of the city’s most exclusive clubs. Cielo has a sound system that is one of the best in New York, and is a club that ranks as one of the top in the country, while the Gilded Lily is where you will find some of the city’s hottest DJ’s. For those who are hoping to catch a glimpse of their favorite celebrities, your chances increase dramatically if you spend the evening at Avenue, which is a classy, double-decker nightclub.

New York is known for its nightlife, and it is the diversity of this that makes it just so appealing. From upscale cocktail bars that push the boundaries of the industry, to old school beer halls that are always bursting with life, you are bound to find whatever you may be seeking when it comes to the nightlife scene in New York.