Most Beautiful Castles in Germany

Sat regally atop mountain peaks with towers and turrets that seem to touch the clouds, there is no denying that German castles have a distinct fairy-tale-like quality to them. From Bavaria to Lichtenstein, these are some of the most beautiful castles in Germany.

Burg Eltz, Munstermaifeld
Secluded in a lush valley, Berg Eltz was constructed between 1490 and 1540, and boasts the most magnificent medieval architecture. Adding to its uniqueness is the fact that this castle has not been at all touched by war, which could be somewhat due to its incredibly protected location. Due to this, Berg Eltz can only be accessed by taxi from Munstermaifeld, or by a 45 minute hike from the local train station, the latter of which really gives you the opportunity to appreciate the isolation and tranquility that surrounds this castle.

Lichtenstein Castle, Lichtenstein
Lichtenstein Castle is one Germany’s newer castles, having only been built in the 19th century in order to honor the medieval knights of Lichtenstein. This neo-Gothic castle dramatically clings to the edge of a cliff, and is connected to land by a series of bridges, making it, without a doubt, one of the most impressive castles in Europe.

Hohenzollern Castle, Hechingen
Sat at the top of a hill in the midst of rolling German countryside, Hohenzollern Castle has been renovated and rebuilt multiple times since its initial construction in 1267, but still remains under the ownership of the Prussian Royal Family. This beautifully romantic castle is still the private home of the Prince of Prussia and his family, but is also open to the public for tours. The interior is a spectacular museum that is filled with treasures from the past, including the crown worn by Prussian kings, as well as a uniform worn by Frederick the Great. 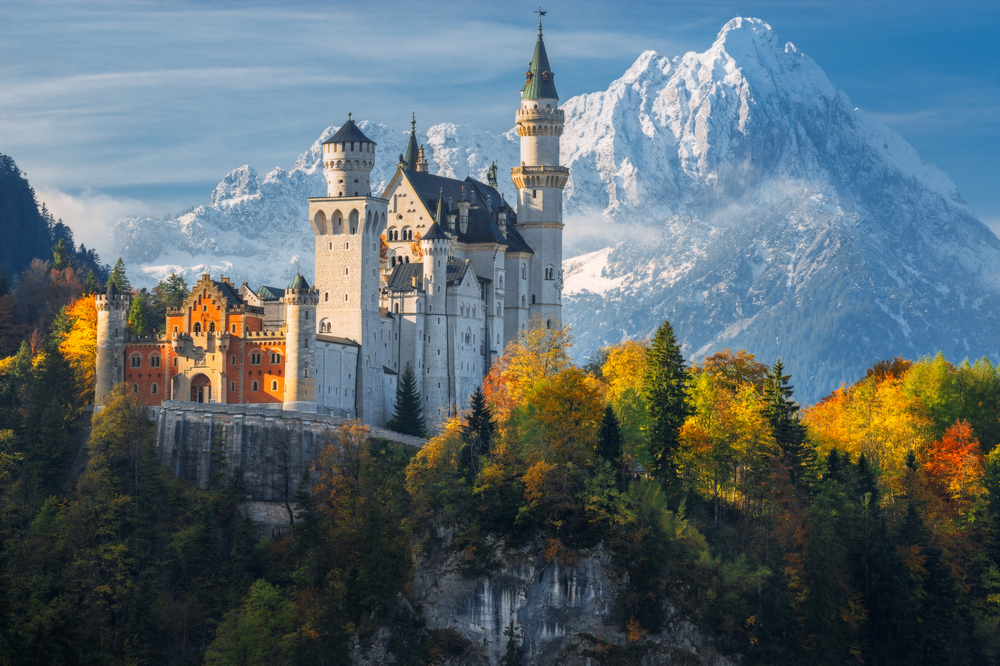 Neuschwanstein Castle, Bavaria
The most photographed building in Germany, Neuschwanstein Castle, which can be found in southern Bavaria, is considered to be the finest of all European castles, and attracts over 1.5 million visitors each and every year. Constructed in 1869, the castle was built as a private summer residence for King Ludwig II, and every room within is filled with historic paintings and sparkling chandeliers, never failing to capture the imagination of visitors.

For those who have an interest in history or architecture, a visit to some of Germany’s many castles will definitely impress and inspire. While these may be some of the most beautiful castles in the country, Germany is home to around 20,000 different castles, so you are bound to stumble across a few no matter where in the country you go.