With miles of sandy beaches, world-famous fishing, seventeen incredible golf courses and local culinary delights, it is no surprise that Ocean City is an extremely popular vacation spot, turning into Maryland’s second most populated town in the summer months. Otherwise known as the Atlantic jewel of Maryland, Ocean City is a joy to explore, with several different treasures for visitors to uncover.

The Beaches
With over ten miles of sandy beaches, the Ocean City coastline is always buzzing with energy. From different watersports, including kayaking, surfing and canoeing, to special evening events, such as concerts, movie nights and Beach Olympics, there is always something going on across Ocean City’s beaches.

Golf and Other Sports
Ocean City has a number of world-class golf courses, boasting seventeen championship courses in total, each one designed by a talented golfing legend. In addition to the golf, there are many other sporting activities to keep you occupied, from biking to canoeing, while those who want an unforgettable experience can opt for a day of horseback riding along the beach. Ocean City is also nicknamed the White Marlin Capital of the World, and with the Gulf stream bringing in a steady supply of large fish, fishing is another popular sport here. 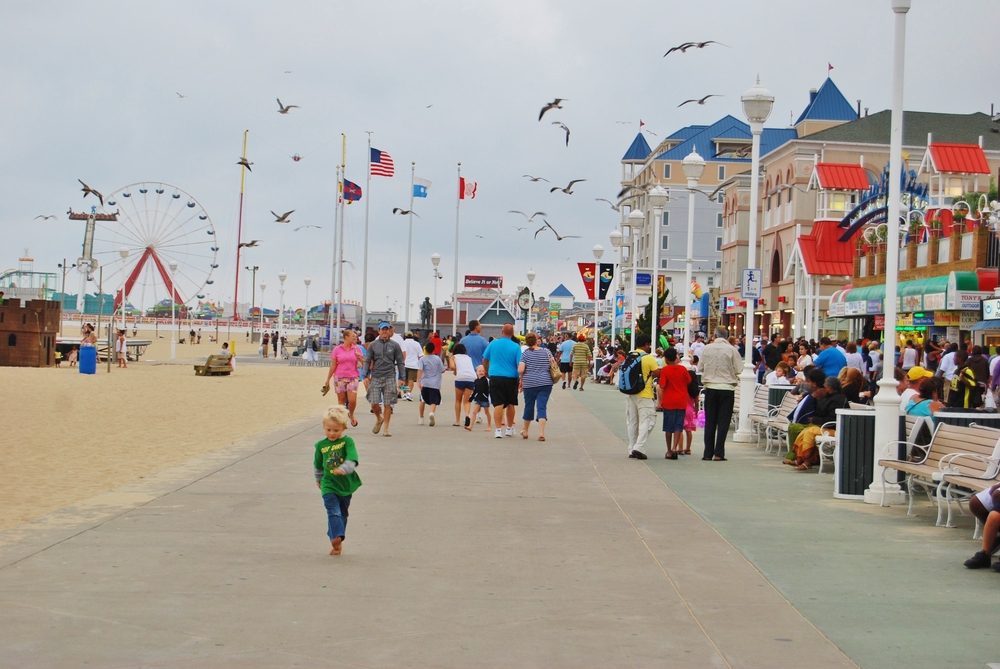 Ocean City Boardwalk
The Ocean City Boardwalk was first constructed in 1902, and while sections of it have been rebuilt since then, it is still considered to be a historical landmark, and has found itself featured on a number of different best boardwalk lists. One of the oldest boardwalk attractions that you will find actually does date back to 1902, and is the oldest continuously operating carousel in the entire country. Surrounding this blast from the past are hundreds of other rides and games, and you could easily spend the whole day here having some good old-fashioned fun. There are many ways to explore the boardwalk, and whether you walk, cycle or take the Boardwalk Tram, this is a great way to start off your visit to Ocean City, while sampling some tasty local snacks along the way.

Culinary Delights
While the Ocean City Boardwalk boasts some of the best classic boardwalk fare in the country, from their pizzas to their burgers to their stuffed sandwiches, other parts of Ocean City also offer up some incredible culinary delights. The famous Creamed Chipped Beef from General’s Kitchen is worth the line that usually snakes down the street during the summer months, while Captain’s Galley 2 is where you can try an authentic Maryland crab cake. For something slightly spicier that is perfectly suited to a sunset on the beach, grab a meal from Seacret’s Jerk Chicken, while those who are after some fresh local food should have a meal at the Shark on the Harbour.

When taking the time to thoroughly explore Ocean City, there are many other points of interest that you will discover. From unique museums to shark sightings to summer festivals, it is no surprise that visitors tend to return to Ocean City year after year.