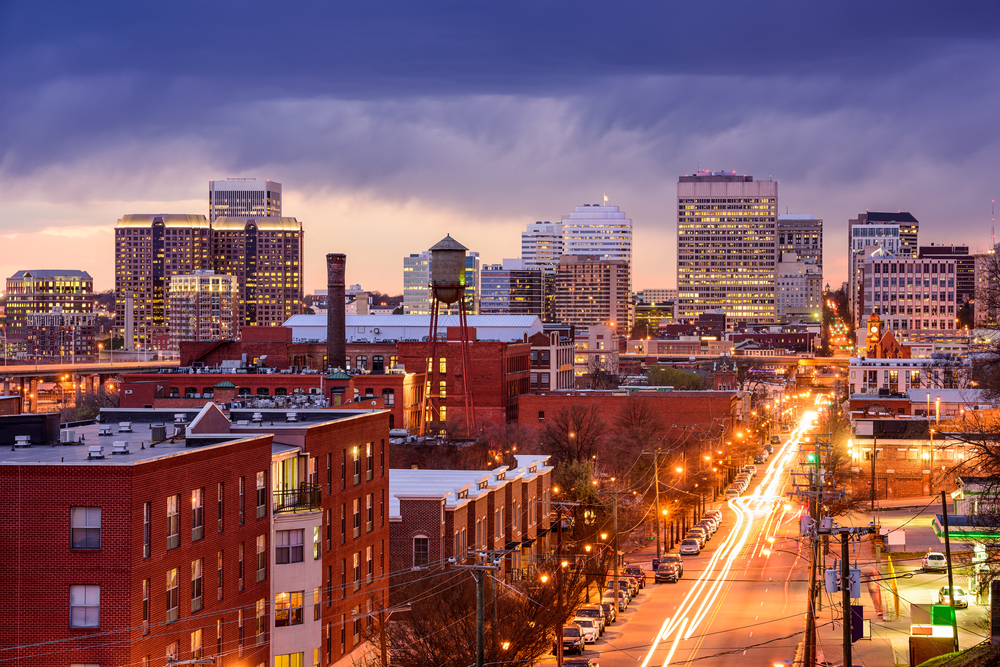 Diverse, cosmopolitan Virginia probably owes its sophisticated character in part to the fact that it had such an early start. English settlers founded the first of the Thirteen Colonies, Jamestown, in 1607. As the Southern anchor for the American Mid-Atlantic region, Virginia is known for its affluence and emphasis on strong, patriotic American traditions without losing sight of its multifarious cultural and religious fabric. Fittingly, the Washington, D.C. metropolitan region exerts a strong influence on the state, and the area of Northern Virginia most affected by the U.S. capital is a must-visit destination. Arlington, just across the Potomac River from D.C., is heavy on military history and memorials, most famously the Arlington National Cemetery and the Pentagon. Alexandria, right next door, shows off old and new wealth in gorgeously preserved colonial settings, with a bevy of beautiful historical museums and a pretty waterfront. Pleasant settings for relaxed nature outings are never far away.

Flip to the state’s southeastern edge, where it meets the Atlantic Ocean, and find its largest city and most popular tourist destination: Virginia Beach. Virginia Beach is a classic East Coast beach town, complete with a boardwalk, miles of sand meeting sea, and an unlimited range of oceanfront accommodations spanning from high-end to low. While the obvious attraction here is the long, sandy beach, the city offers several other natural and manmade draws to keep things interesting. For many, especially those with kids in tow, water and amusement parks help mix things up and satisfy whatever needs the ocean can’t. The popular Military Aviation Museum is known for appealing to audiences of every stripe. And for those with a taste for the offbeat, the Edgar Cayce Association for Research & Enlightenment offers a full range of information on the early 20th-century American psychic.

Virginia’s capital, Richmond, is a history-packed riverside town with plenty of examples of how this state has played ground zero to many of America’s most painful contradictions over the course of history: freedom and slavery, racism and barrier-busting achievement, revolution and tradition. Not only was Richmond the capital of the Southern Confederacy – in the 1990s, it became home to America’s first elected African-American governor. Today, a youthful energy pervades here, producing wonderful dining, museums, and other cultural attractions.

The western parts of Virginia, where the Blue Ridge Mountains separate it from its similarly named neighbor, may be the state’s most picturesque. In particular, the Shenandoah Valley offers a unique cultural, historical, and scenic journey into a mythical American past. Gently rolling mountains with every inch covered in lush, green forest invite endless hiking, fishing, and other outdoor experiences. Area towns like Lexington and Staunton offer pleasant slices of life in Virginia’s mountains. Staunton, in particular, is a great cultural and dining hub in which to kick back after days spent in the woods and rivers of this unmatched recreational paradise.

Virginia has no shortage of remarkable destinations, most of which carry some deeply American historical significance: Williamsburg, Norfolk, the Piedmont region, or Roanoke. The list goes on. 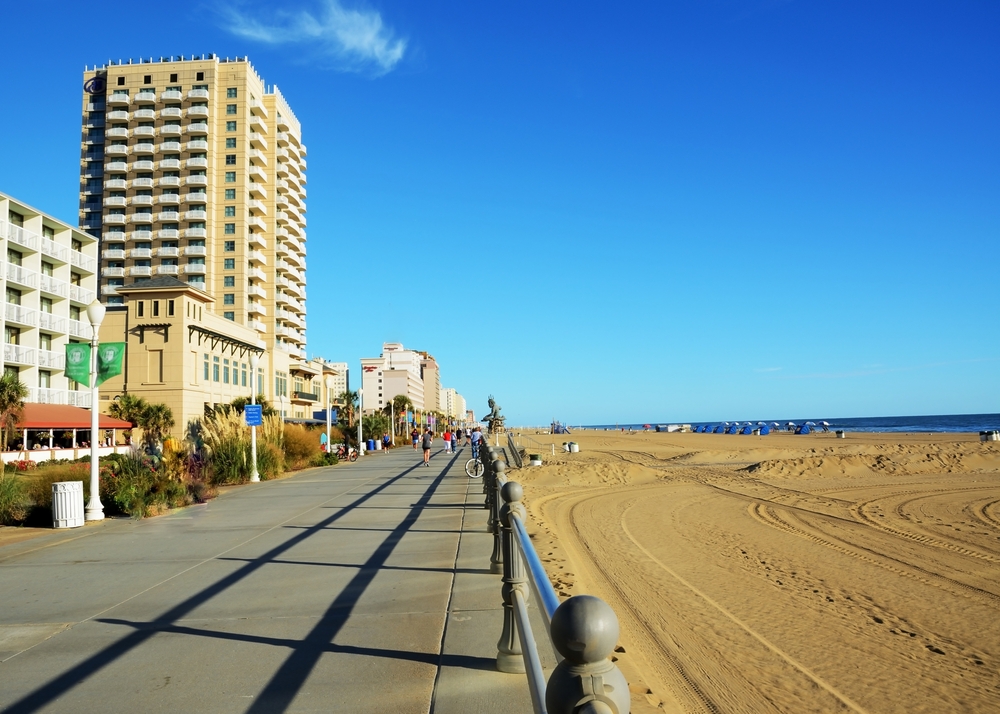 Virginia Beach
Virginia Beach has been a resort town since the 1880s, when it all started with the beginning of rail service and a single hotel. Today, it’s 30-plus miles of sandy beach are lined with hotels and attract close to 3 million visitors annually. A bustling boardwalk, saltwater taffy, and mild weather for much of the year make this a wonderful East Coast beach destination, particularly for families with children. Surrounding wildlife refuges, swamp preserves, and state parks offer days of hiking, wildlife-watching, kayaking, and simple sightseeing, great for observing the unique ecology of this region known as Tidewater, characterized by the natural influence of the changing tides. If natural beauty doesn’t cut it or for those who just want some unabashed, rollicking good fun, there are amusement parks with waterslides and rollercoasters galore. Indoors, there’s the Virginia Aquarium & Marine Science Center, with of its wide variety of marine and amphibian life, the Virginia Museum of Contemporary Art, and the Military Aviation Museum.

Historical and nature tours can easily be taken from Virginia Beach, and accommodations are wide-ranging and nearly unlimited. This city is so popular, however, that some advise off-season visits in order to fully savor the pleasant, fun-focused manmade and natural surroundings.