Over the last century, largely due to oil wealth, the United Arab Emirates has been developed from an area with little more than sand dunes and fishing villages to a vibrant and modern land, with towering skyscrapers, man-made islands, gleaming shopping malls and world-class resorts. Roughly the size of Austria, the country consists of seven separate emirates, but the two that attract the majority of the tourists are Dubai and Abu Dhabi.

Dubai is one of the most cosmopolitan regions of the UAE, and is home to a wide range of modern attractions but still has pockets of heritage. One of the most iconic Dubai landmarks is the tallest building in the world, the Burj al Arab, a seven star hotel that is shaped like a sail. There are plenty of other luxurious accommodation options to choose from if the Burj al Arab doesn’t quite fit in your budget, with quality hotels all over the city. The Burj Khalifa skyscraper is also worth a visit, as are the huge shopping complexes, from the Dubai Mall to the Mall of the Emirates.

Although Abu Dhabi doesn’t offer quite the same number of glittering attractions as Dubai does, there is still plenty to see, as well as more options to dive deeper into Middle Eastern culture. Yas Island is home to Ferrari World, as well as an exciting water park, Yas Waterworld, and is a great destination to take the family for a day of entertainment. For a taste of authentic Islamic culture, pay a visit to one of the spice souks, or to the Sheikh Zayed Grand Mosque.

Although frequently overlooked by tourists, the region of Fujairah, on the east coast of the UAE, is one of the most beautiful of the seven emirates, with a long sandy coast and a backdrop of the Hajar Mountains – a huge contrast to the developed regions of Dubai and Abu Dhabi. Here, you will find great swimming and diving opportunities in the crystal clear waters of the Gulf of Oman, as well as nature walks and mountain biking trails. For more outdoor adventure, head over to Ras al-Khamia, where you will find gorgeous hiking trails through the mountains, as well as some excellent off-road driving, and the chance to cool down in the Khatt mineral springs. Deep sea fishing is also available in many areas, as are hot air balloon rides over the desert.

When it comes to the cuisine in the UAE, visitors are spoilt for choice, with a range of restaurants from all over the world, including many that have been launched by celebrity chefs. However, the local Middle Eastern eateries are not to be missed, and the nation’s staples are definitely worth a try. Alcohol is permitted to be consumed by non-Muslims in designated areas, but, during the month of Ramadan, the rules are much stricter, so be sure to check these in advance. With so many glittering attractions intermingled with deeply embedded traditions and a strong sense of culture and heritage, the UAE has something to offer for everyone, no matter where your interests may lie. 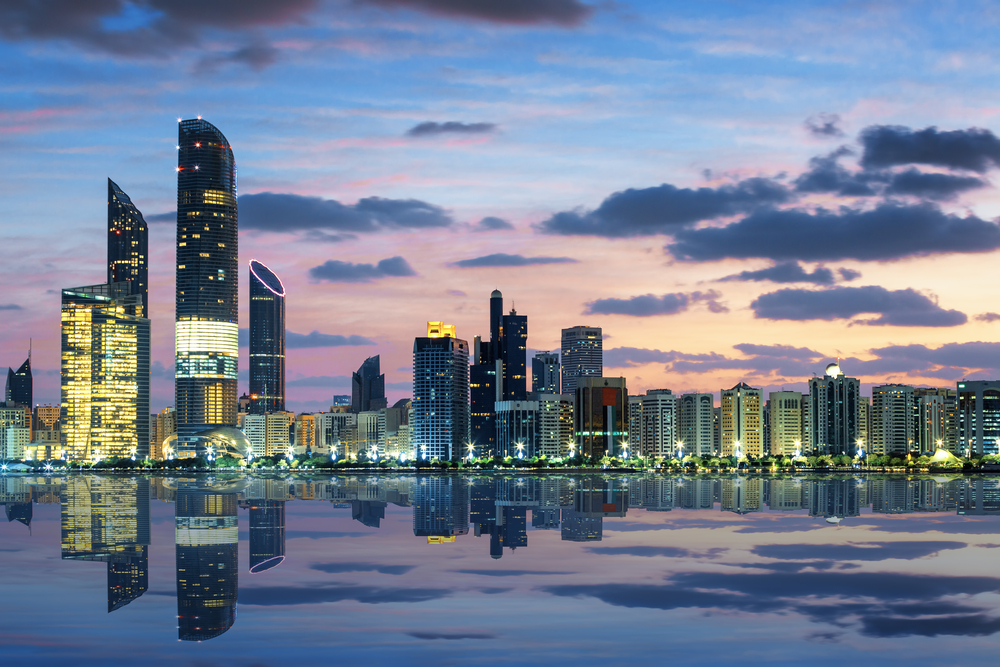 In the last 30 years, Abu Dhabi has magically transformed itself from an obsolete fishing village into a modern Gulf metropolis. Although it may not offer the same range of spectacular attractions as Dubai, the culture and heritage that you will experience in Abu Dhabi more than makes up for that. Visitors are able to take a tour of the Sheikh Zayed Mosque, one of the largest and most extravagant mosques in the world, and one of Abu Dhabi’s most popular attractions. For more insights into Middle Eastern culture, explore some of the souks in Abu Dhabi, especially the newly opened souk at the World Trade Center. Heritage Village is also great to visit for a slice of traditional Abu Dhabi life.

Like Dubai, Abu Dhabi has also found its way into world record books, with Capital Gate, the farthest leaning building in the world, to Ferrari World, with the world’s fastest rollercoaster. For some of the best beaches in Abu Dhabi, head to Saadiyat Island, full of world-class resorts and beach clubs. The island is also home to the brand new Louvre Abu Dhabi, and, in 2016, will be welcoming the opening of the Guggenheim Museum, designed to be 12 times the size of its New York equivalent. With an ideal balance of heritage and modern marvels, and with plenty more top venues set to open in the near future, it would seem as though Abu Dhabi is finally set to step out of Dubai’s shadow and become a world-class city in its own right.