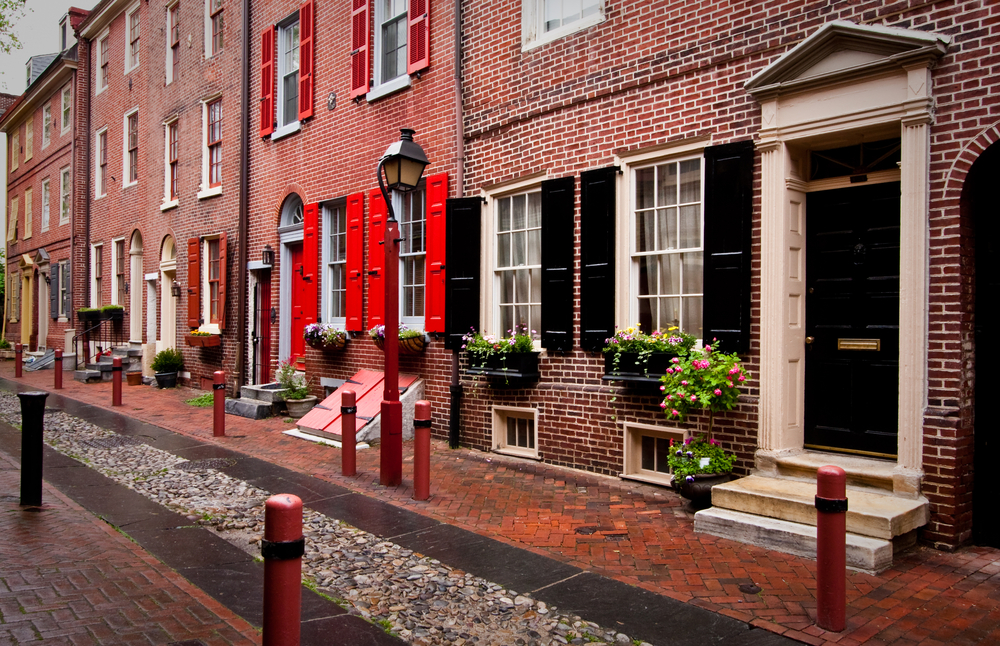 Pennsylvania’s beguiling hybridity is partially explained by its geographic location: not quite north, not quite east. It has a little slice of Great Lakes country, a chunk of Midwestern charm, miles of Appalachian wilds, and a window on the urban East Coast. All of this makes for a diverse travel destination, likely unknowable from a single visit.

Pennsylvania’s first must-see destination is Philadelphia which, like the state as a whole, played a pivotal role in many of America’s most significant historical events. It can be easy to forget about Philly, buried in the increasingly hyper-urbanized corridor between D.C. and Boston but, as the country’s fifth-largest city, brimming with character and historical weight, it shouldn’t be. The Declaration of Independence and U.S. Constitution were both written here, in the same building, no less: Independence Hall. This stately structure is the centerpiece of Independence National Historic Park, a pretty collection of grass lawns and colonial buildings where the United States was, by many measures, born. This was also the original center of U.S. government from independence until 1790, when Washington, D.C. took that mantle.

Philadelphia’s not just hoarding history, but art and culture, too. The Barnes Foundation and Philadelphia Museum of Art, located quite close to one another, exhibit massive collections of exclusive, beautiful, and incredibly valuable art pieces. The latter museum also happens to be where Rocky Balboa ran up those famous steps on his inspiring jog across Philadelphia.

But Pennsylvania goes way beyond Philadelphia. For starters, there’s its second-largest city, Pittsburgh. Those who think only of a decaying steel industry would be sorely mistaken: Pittsburgh has reinvented itself more successfully than any other Rust Belt city. Creativity and technology brought this city out of the ashes like a phoenix, and it ranks high in livability as a result. Now home to multiple corporate headquarters, museums, universities, bars, and restaurants, all at the lush, green confluence of the Monongahela and Allegheny Rivers, Pittsburgh is a truly inspiring sight for anyone who’s spent time in other post-industrial urban landscapes.

But there are more sides to this dynamic state. Part of its expansive pastoral countryside is home to unique “Pennsylvania Dutch” cultures, specifically the Amish, Mennonites, and German Baptists, whose faith is anchored by living the old ways of life. Their persistent avoidance of technology for centuries has resulted in some beautiful countryside, and a living museum for curious visitors. The small, pleasant city of Lancaster is a good base for experiencing Pennsylvania Dutch country. Beyond that, there’s pretty farmland and nice, small towns like Paradise, Christiana, Strasburg, and Ronks. Also in this region is Hershey, home to the famous chocolate company, a theme park, and factory.

Further afield from Philadelphia and Pittsburgh, there is much more countryside in the Appalachian, Allegheny, and Pocono Mountain regions. The Poconos, in particular, have long served as a popular getaway from New York and Philadelphia. This region features ample opportunities for outdoor adventure as well as high-end resort facilities nestled in beautiful, serene forests and wooded mountains. 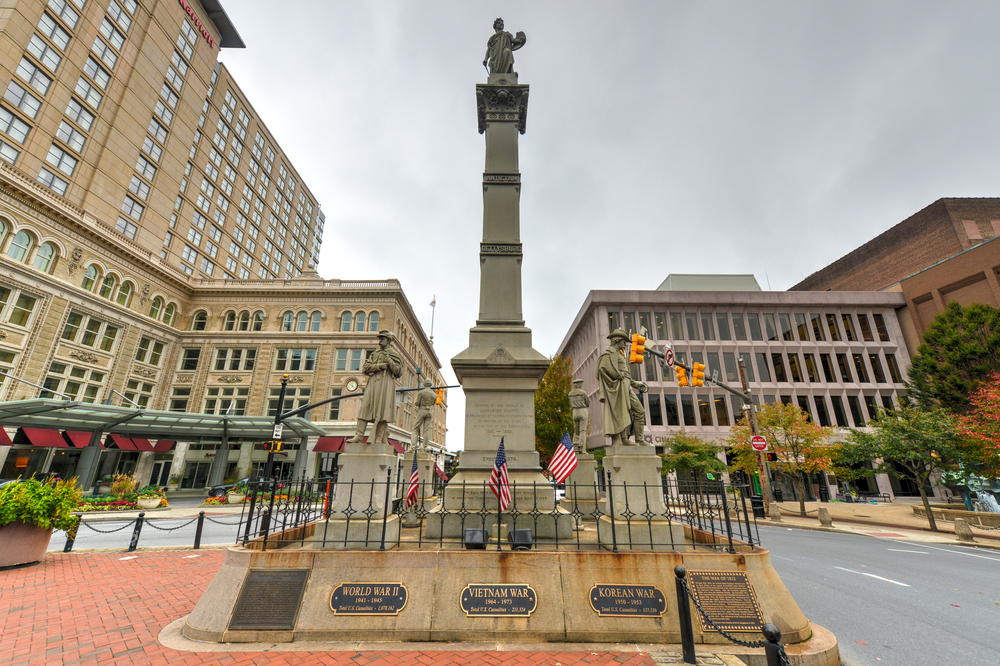 Lancaster
Lancaster, Pennsylvania is one of America’s oldest communities, having taken shape in the 1720s and 1730s. As such, it contains a treasure trove of historic gems. It’s a pleasant city of roughly 60,000 people, with a wider metropolitan area of over 500,000, and an active downtown with a row of art galleries, restaurants using local ingredients from the surrounding farmland, and diverse shopping opportunities including the historic Central Market and Park City Center, the region’s largest shopping mall. The Central Market, a classic public market that has existed in some form since 1730, is now housed in a remarkable and attractive 19th-century Romanesque Revival structure. Farmers and other vendors sell local foodstuffs and wares from surrounding Pennsylvania towns, with thousands of weekly visitors. This is also a good place to seek out some unique Amish goods.

The presence of Pennsylvania Dutch culture in the nearby rural areas adds to the sense that one has stepped into the past. Lancaster makes an attractive base for exploring this region of farmlands dotted with communities of Amish and Mennonite settlers continuing on in the old ways of the 18th century and speaking a form of German that persists to this day.