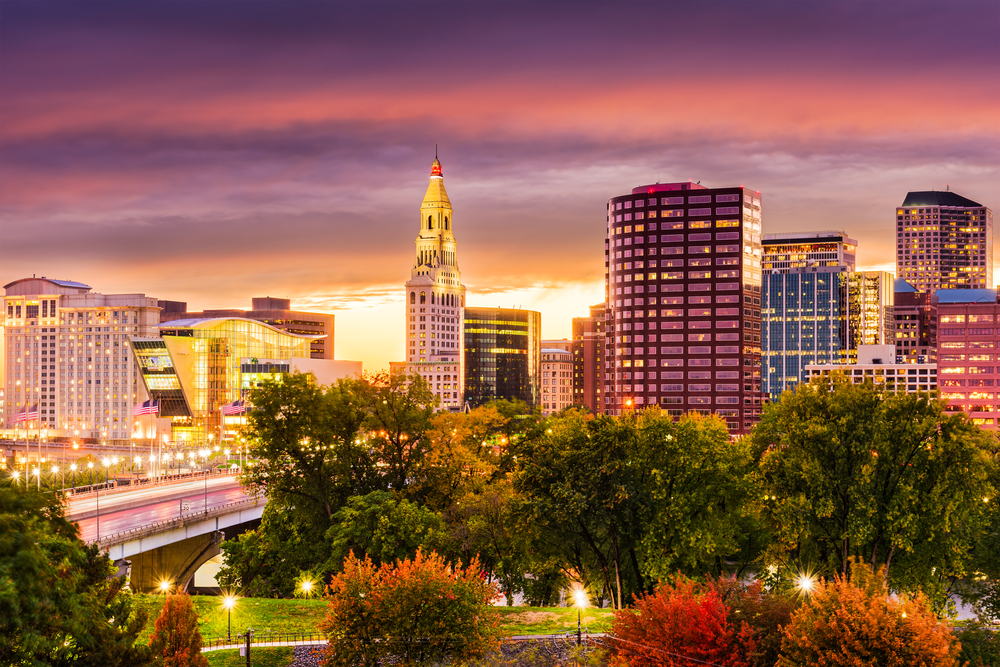 The third-smallest U.S. state by area, Connecticut nevertheless makes up for its lack of geographic space with its dense population. Of the 3.5 million citizens who live here, three-quarters identify as white Americans, with nearly 20% citing Italian ancestry.

In the past, Connecticut has been instrumental to war efforts, particularly in the American Civil War, World War I, and World War II. Weaponry and war-supply production accounted for up to 80% of the state’s economy in 1918, led by firearms company Colt, aircraft engine-maker Pratt & Whitney, and propeller producers Hamilton Standard. Since then, the state’s economy has been driven by the service industry, namely the financial and insurance sector. Education also plays a significant role in the cultural identity and economy of this southern state, which is home to one of the eight Ivy League universities in the country: Yale University.

Another top attraction is the Foxwoods Resort Casino, covering an area of over 9 million square feet. With over 380 gaming tables and 4,700 slot machines, this is where the trust fund babies and millionaire businessmen come to play. Between the two Foxwoods towers is the Tanger Outlet Center, housing more than 80 luxury stores, one of which is our OROGOLD store.